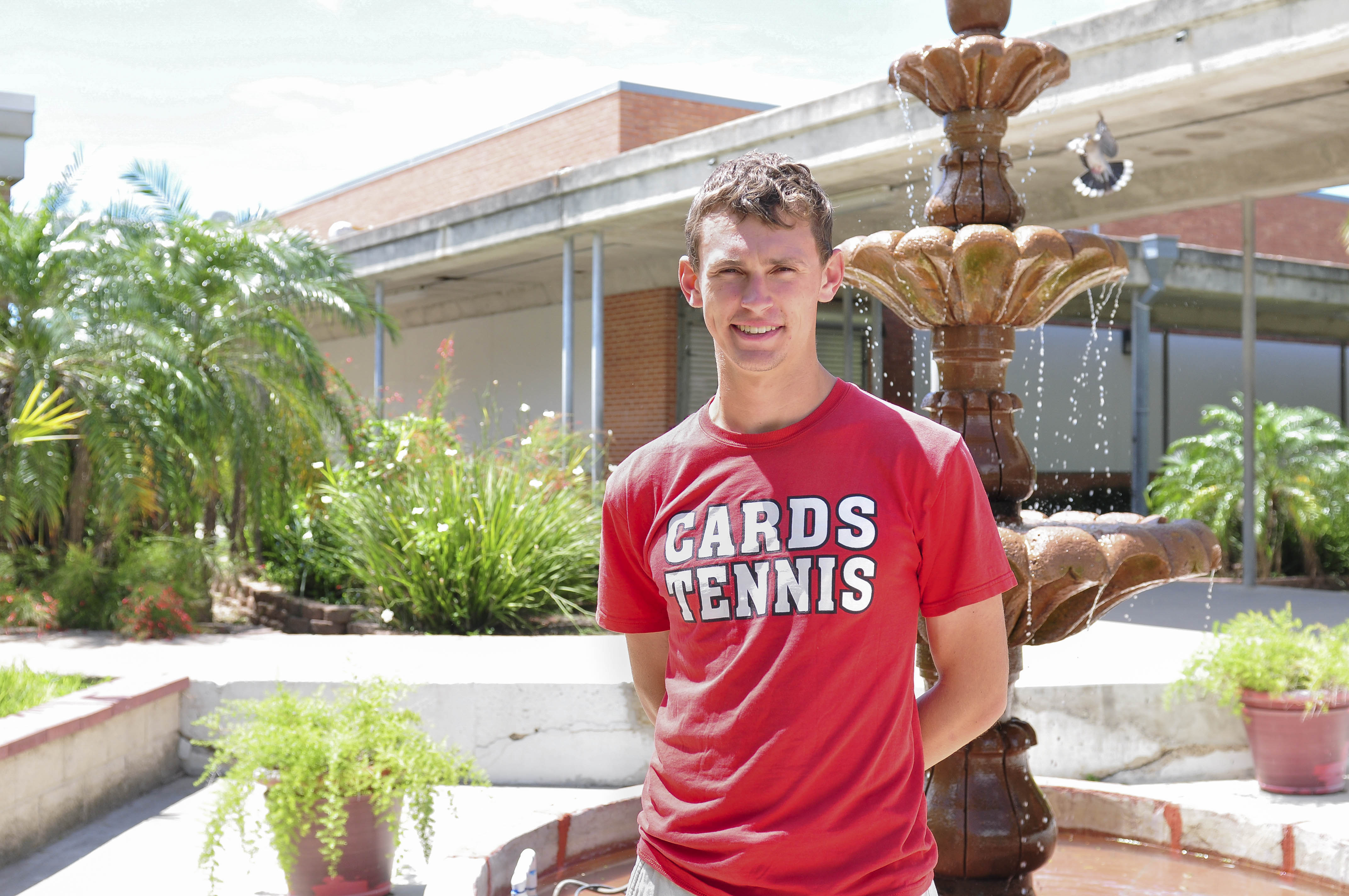 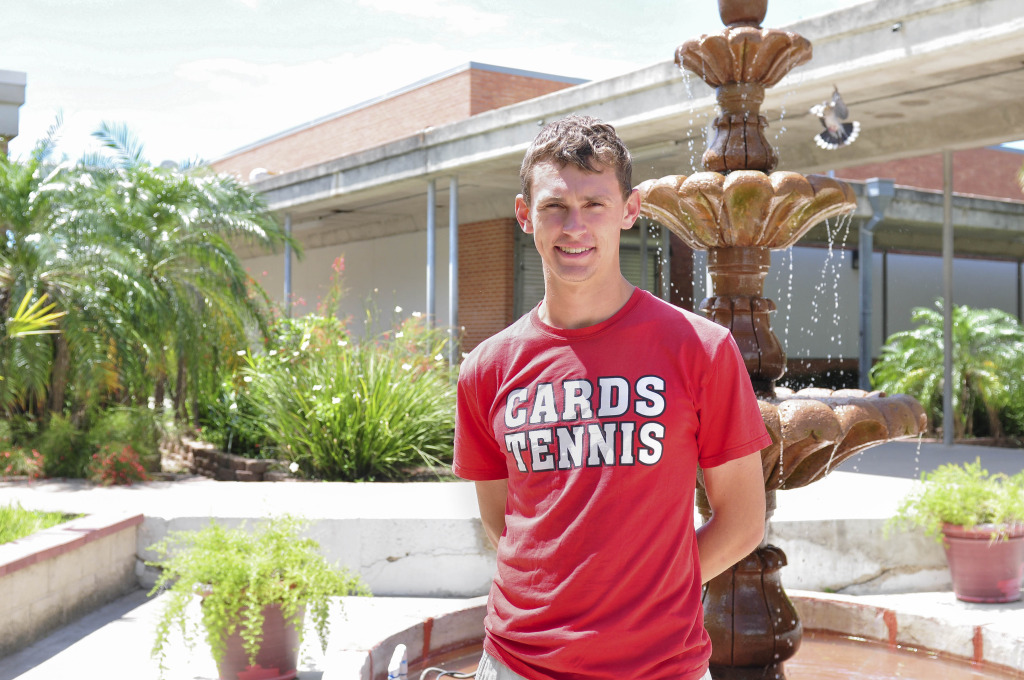 Justin Macmanus, senior at Harlingen High School, still remembers going past the Top 10 billboard as a kid and his mom telling him, “I don’t care where you are on that board but I want you on that board when you graduate.”

This year, after a long arduous journey, not only has he achieved his goal of being on the Top 10 billboard but also he is at the top of his graduating class at HHS.

“It’s an honor to be named valedictorian,” said Macmanus. “Being in the Top 10 has been my goal since I got out of middle school. It’s been a long journey. It’s been four years of keeping my grades up, and staying up late, often past midnight. Also, with all the other activities that I’m involved with after school, it really requires a lot of multitasking. It’s just a lot of hard work and it shows how much work I’ve put in my education in high school. I’m looking forward to the next part of it.”

Throughout his time at HHS, Macmanus has become a part of numerous organizations, such as, the Eagle Scouts, the highest rank one can attain in the Boy Scouts of America; he is involved with HHS Varsity Tennis; he is part of 4-H, a youth development and mentoring program; he is president of the Cameron county Council; he became a regional qualifier for calculator with his UIL team; and is Vice President of the National Honor Society.

Reflecting on his high school experience, Macmanus feels that the activity he will miss the most is playing tennis.

“My doubles partner, Nick and I were district champions for doubles this year,” he said. “That was a big accomplishment, which took us by surprise. It will be one of the most memorable things about high school for me. Tennis has taught me a lot about myself and it’s given me a good work ethic. The things that my coaches have told me to help me with my tennis game, I feel, can be applied to everyday life and will always be with me going forward.”

With his involvement in 4-H, he had the opportunity to raise and show chickens at the Rio Grande Livestock Show. This pursuit heavily influenced his decision to choose biological and agricultural engineering as his major when he starts his post-secondary studies at Texas A&M University this fall.

“This experience of being around livestock, raising animals, and spending time outside the city along with having the opportunity to take PLTW (Project Lead the Way) classes here at HHS has cultivated my interest in agricultural engineering,” he said.

Proud of his roots, Macmanus is eager to represent his community as he moves on to the next chapter of his life and is thankful for everyone who helped him along the way.

“I want to thank all of the people who supported me here at HHS,” said Macmanus. “They’ve always been a big help. They have given me many opportunities to succeed and to experience many different things to help me grow as a young man. I’d like to thank my family; my dad for being my role model; my mom for holding me up and being my rock; all my sisters for always being there to love me; my brother for always being the person I could talk to; all my friends for being friends; all the people at my church, Queen of Peace, that have helped me with my faith; and I want to thank God for this great community that we have and the great schools I’ve attended.”