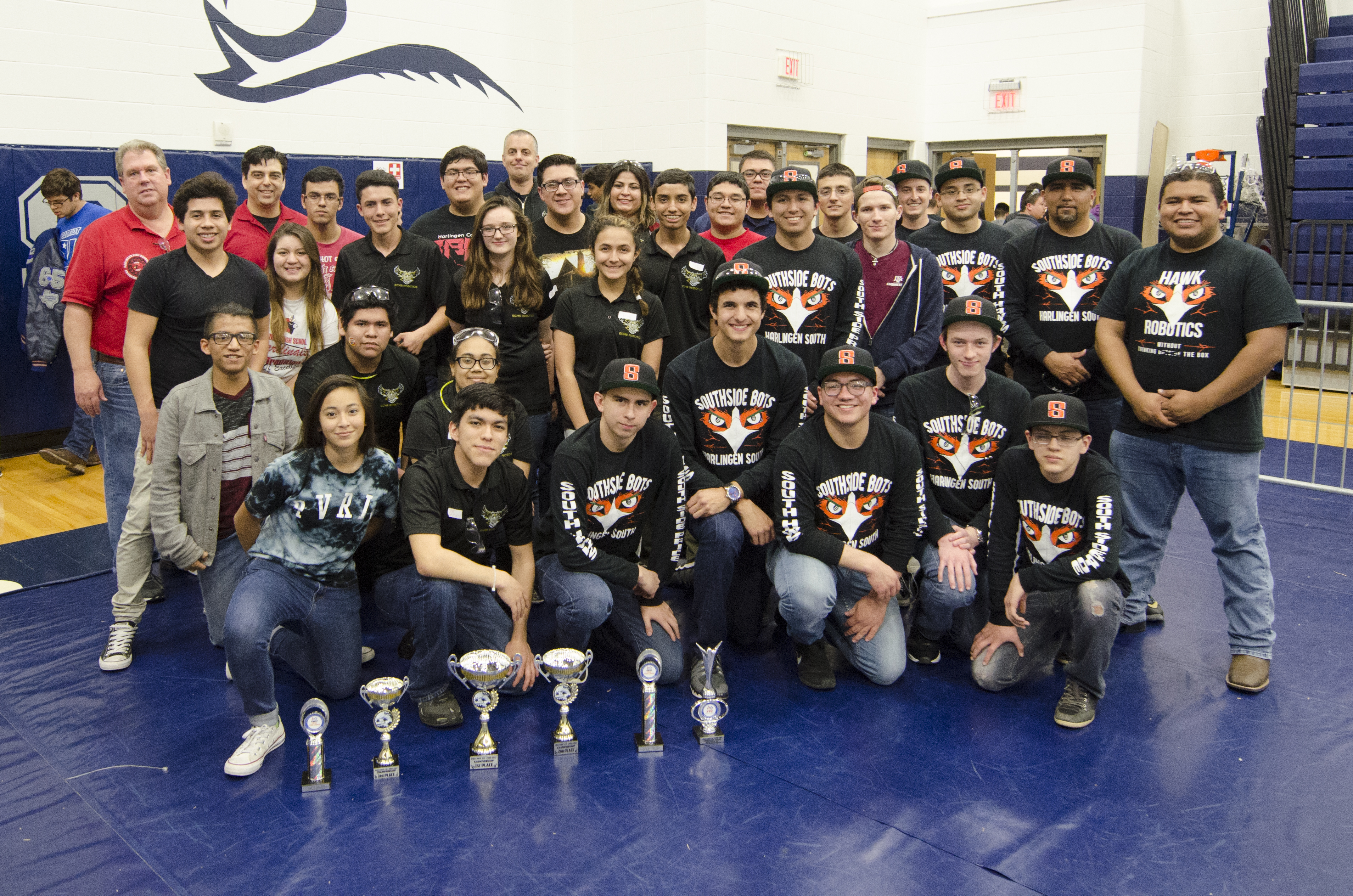 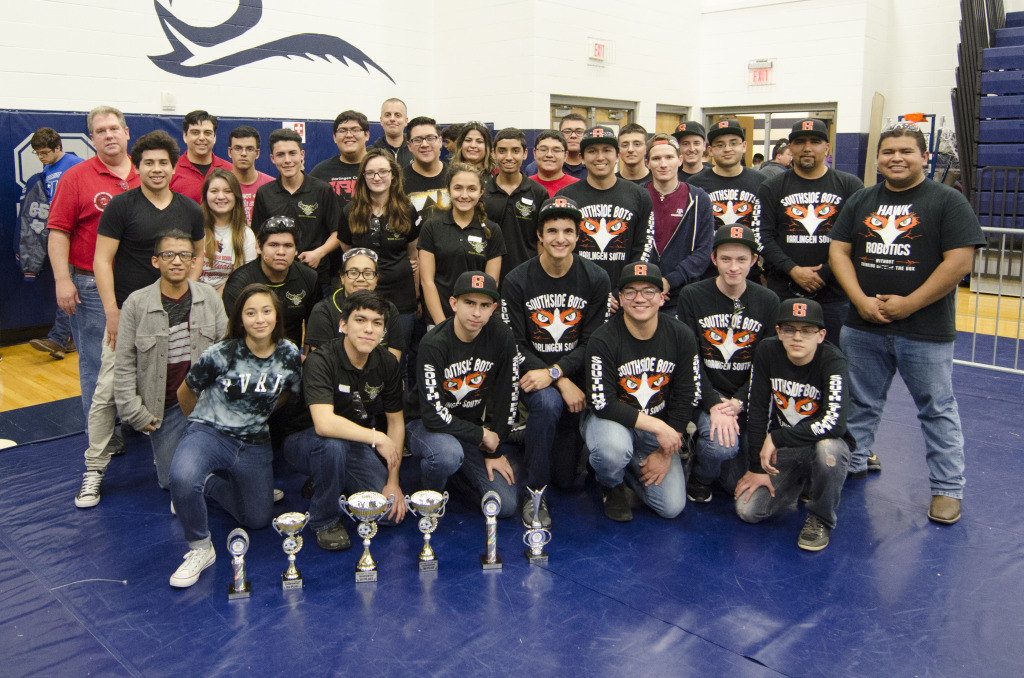 As first-time participants in FTC, team members took the initiative to teach themselves the skills they needed for competition.

“None of us have had any programming experience,” said Vivian Lopez president of the HHS Engineering Club. “I did a Java coding school online and watched YouTube videos. Because of that, I was able to make contact with a robotics team in British Columbia, and we’ve been in contact ever since. They’ve been helping me progress in my programming.”

Lopez, in turn, shared her knowledge of programming with ECHS senior, Angel Barrientos.

“I wasn’t really thinking about becoming the programmer for the team, but I when I saw that there was a need, I decided to take on the role,” said Barrientos. “Vivian from HHS taught me the basic skills in programming and the rest I researched on YouTube. We also received help from a coach in Minnesota.”

Teams were randomly divided into three leagues – Red, Silver, and Blue. ECHS and HHS took first and second place respectively in the Blue League while HHSS finished first in the Red League.

Going into the competition, HCISD Robotics teams were primarily focused on growing their skill set rather than on winning. To their surprise, they were named among the top teams in the RGV.

Following the philosophy of “continuous improvement” which is cleverly captured in their team name – Kaizen Cards – Lopez wants her team to take advantage of every opportunity to continue to build upon their skills.

“We hope to absorb as much as we can about the way teams strategize and brainstorm. That is our main goal,” said Lopez. “I have a lot of pride knowing that we are part of such an amazing school district and the fact that HCISD took top three spots. That just shows the amount of encouragement and support we have from not only our school district but our schools, teachers, and community.”

Those advancing will compete in the Alamo FTC Regional Championship which will be held at Veterans Memorial High School in San Antonio on February 23-25.