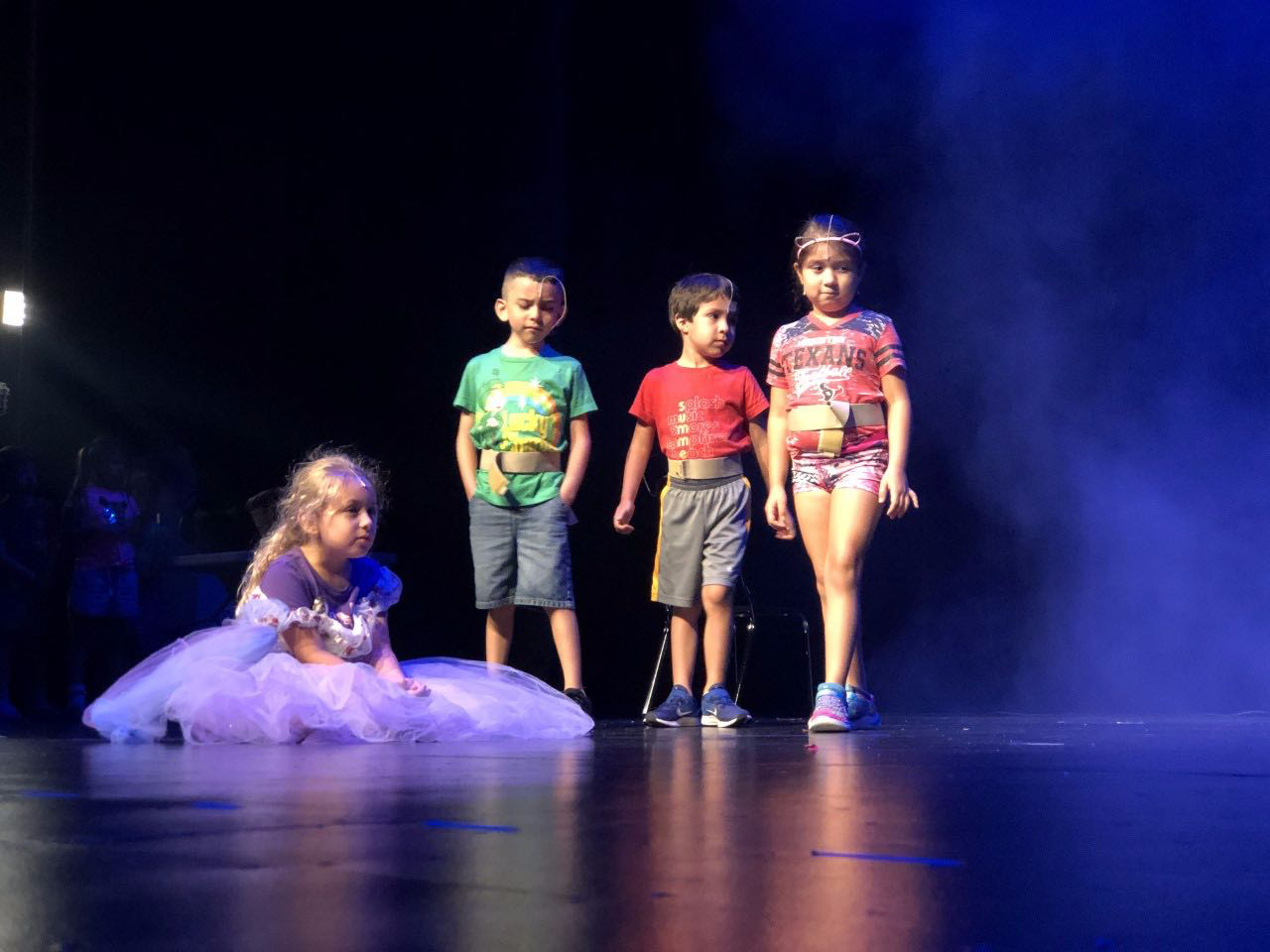 Emerging from mystical fog, the 7-year-old Fairy Godmother strolled across the stage toward Cinderella.

Coral Fultz, the 7-year-old playing the part of the Fairy Godmother, transforms Aria Walker, 6, from her ragged apron into a glimmering gown in the production of the Disney Classic Cinderella.

“When it came to the audition, she really impressed us,” the production’s co-director Connie Munoz said of Aria.

For Aria, an incoming first-grade student at Stuart Place Elementary, being on stage means having fun during the summer.

“I love singing and hanging out with my friends,” she said after rehearsal on stage Monday afternoon.

The Pre-K through 1st grade students dance, sing, and act in Cinderella, part of Harlingen CISD’s Summer on Stage program. They will perform in the hour-long musical at the Harlingen Performing Arts Center in late June.

The tale of the lost slipper is just one of four productions put on by Harlingen CISD’s Summer on Stage program. All four productions – Aladdin, High School Musical, Cinderella and Mulan – will be showcased free to the public at the district’s performing arts center beginning June 25.

“It’s something very powerful to be here on Summer on Stage,” she said, adding that she loves to sing. “My dream is to be a sensational actress, and this program is helping me do that and succeed in everything I do.”

Camila, who was cast as Mulan, attributes her can-do attitude to the ability to shine on stage.

Elementary students from Pre-K through fifth grade as well as middle school students only have about a month to prepare for their performances.

“I know it’s a lot of work, but I believe that I can,” Camila said. 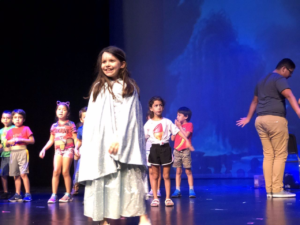 The program helps build confidence, social skills, and character, according to Harlingen CISD Fine Arts Specialist Sally Navarro, who is also grateful for the help of the co-directors and 55 Summer on Stage volunteers.

“I’ve seen it change children’s lives for the better; I’ve seen them grow, and that’s why I do it,” Navarro said.

“It’s definitely a great asset to the community,” she said. “It’s a place where they come to learn and grow out of their shell.”

Students’ talents, at times, have taken the breath away from even those who know them best.

“At the show, parents are amazed at what their kids can actually do,” Munoz, Cinderella’s co-director, said. “Our Grand Duke was originally going to sign up for HCISD’s Beyond the Bell chess program this summer, but he decided to try Summer on Stage instead. I’m very impressed with him and all the kids who are being exposed to the fine arts for the first time.”

The students’ hard work will be on display on stage at the Performing Arts Center next week.

Summer on Stage: Disney at the PAC performances