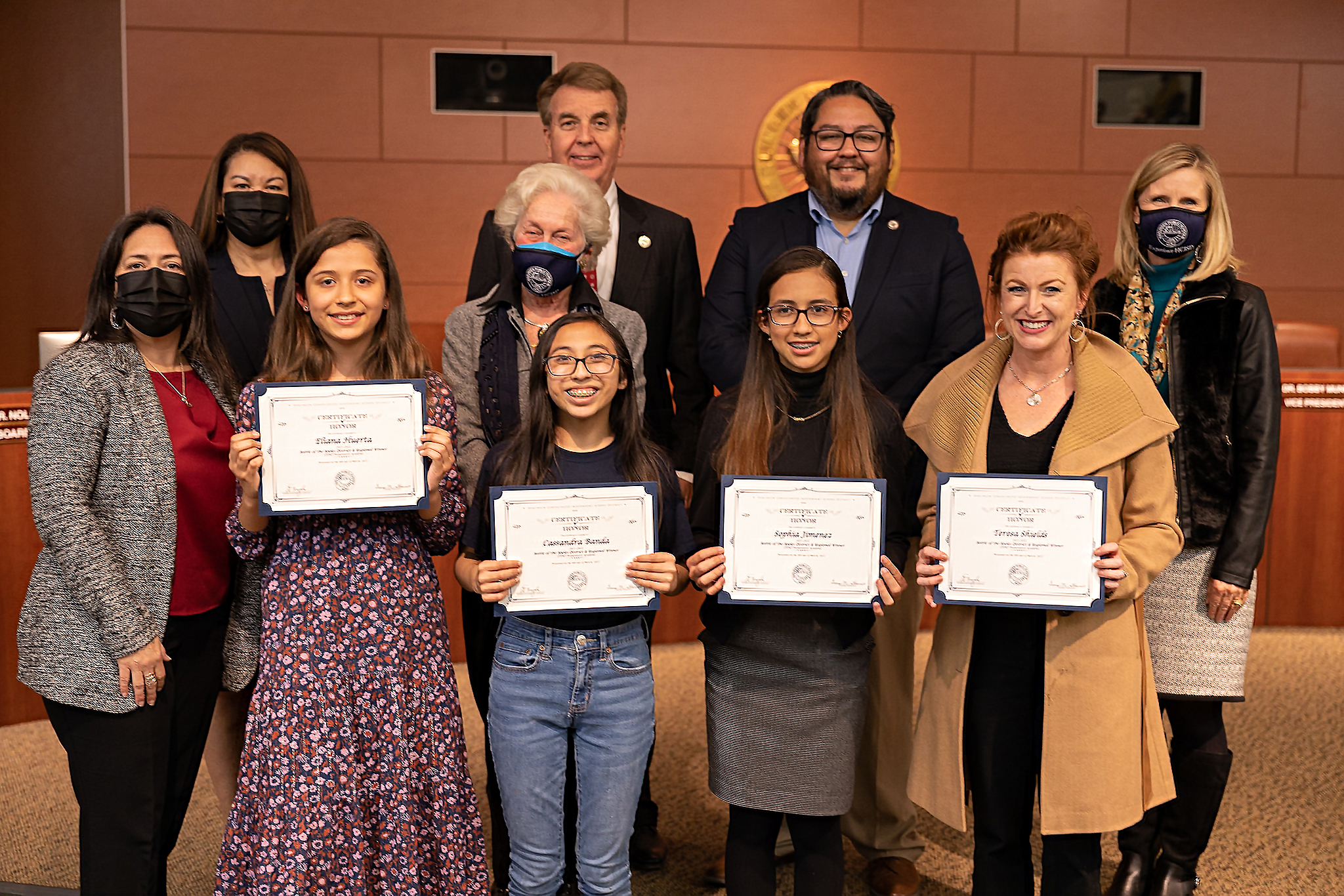 The Battle of the Books team at STEM² Preparatory Academy earned the highest scores at the regional competition which included fifteen Region One middle schools.

The winning team had to read, quiz, and be well versed in four different novels including “Dead Voices” by Katherine Arden, “Ground Zero” by Alan Gratz, “How to Disappear Completely” by Ali Standish, and “Black Brother, Black Brother” by Jewell Parker Rhodes.

“I could not be prouder of the team, and I feel honored to have been part of their success,” team sponsor Brittany Johnson said. “Two of the team members are eighth-graders, and they have worked hard to progress in each competition for the past three years. Their victory has been hard-earned and well deserved, and they have represented both our campus and the district with excellence.

The team is comprised of the following students: