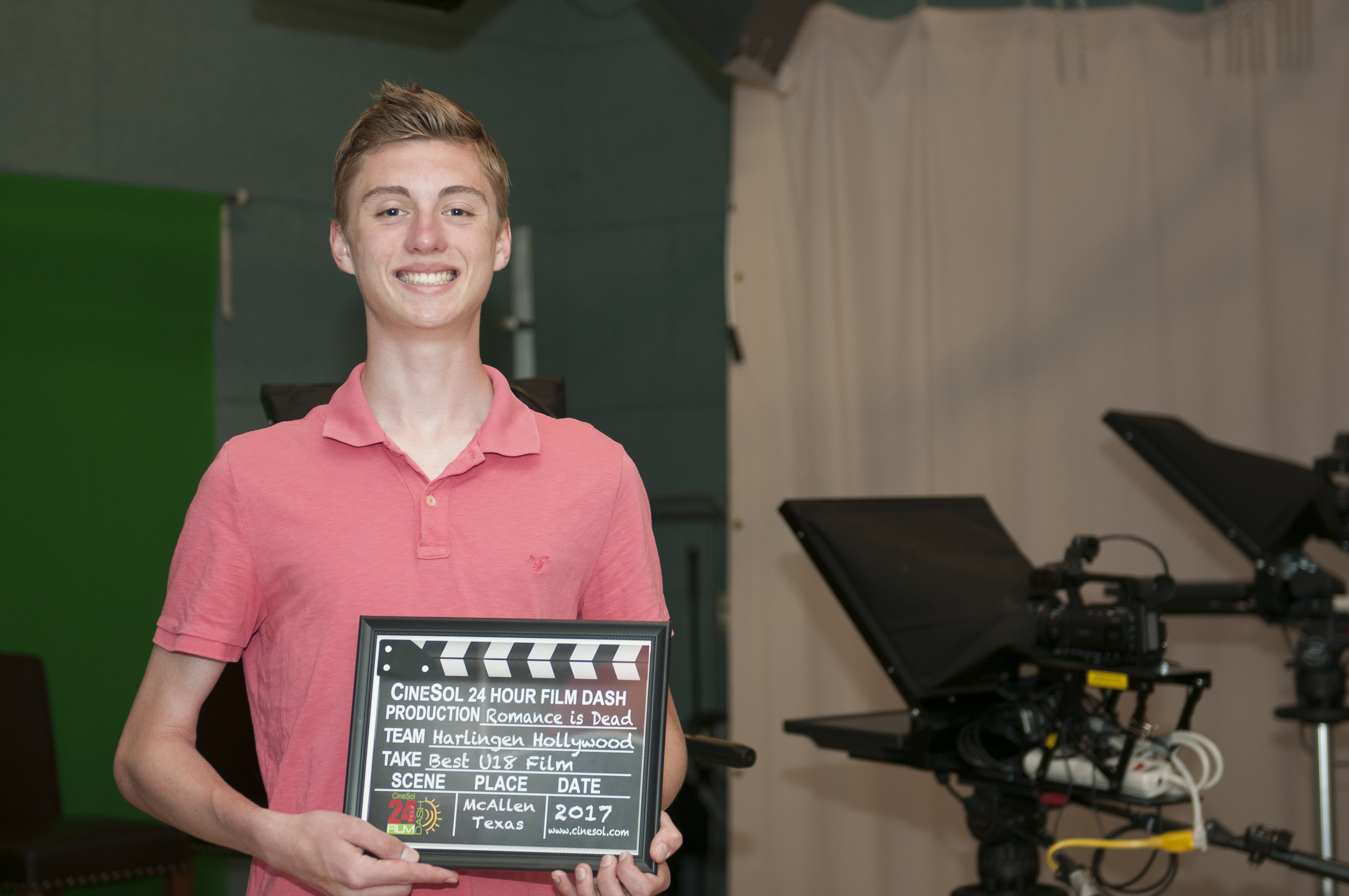 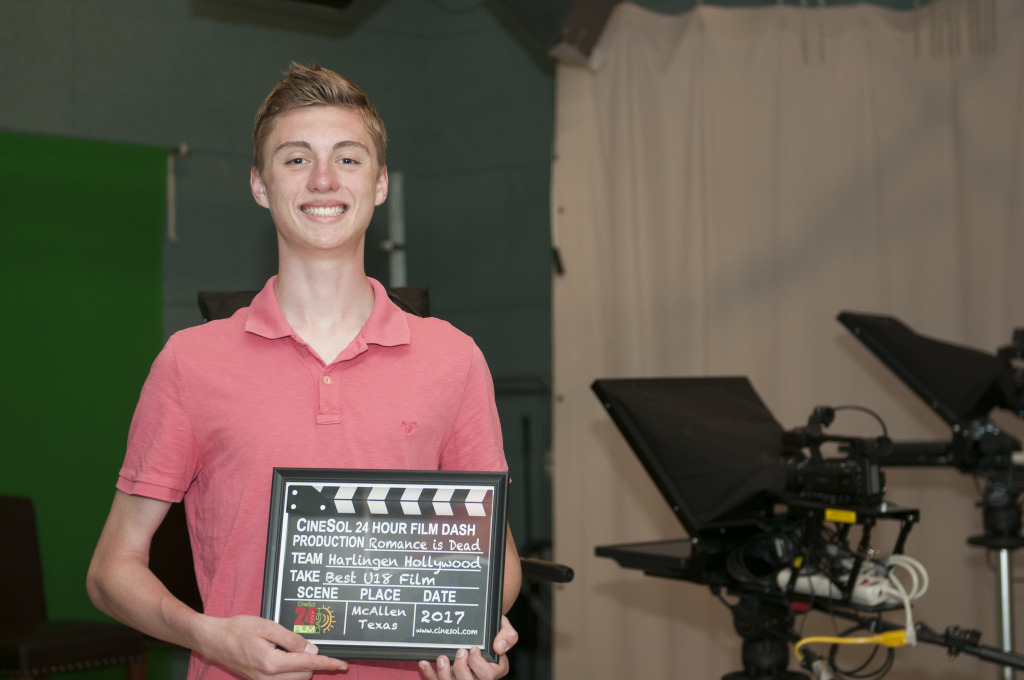 The team submitted their production, “Romance is Dead,” to the film competition along with fifteen other teams from across the RGV. Six of those teams competed in the “Under 18” category. They had 24 hours to write, film, and edit the movie before submitting it into the contest.

“I realized that this competition was something that would not only help me now to prepare for filmmaking in general, but it would help me in the future because of the 24-hour deadline,” said HHSS senior and Harlingen Hollywood director Collin Gilloon. “It really pushes you to be as creative as possible and strive to do your best. So I took an opportunity with this, and it really turned out great. Planning and communication are the most important things I learned from this 24 hour film festival.”

Part of the challenge in this video competition involved incorporating certain elements into their film such as a creepy roommate, scuba flippers, the line of dialogue “You don’t have to be a librarian to check me out”, a hair flip, and a twist ending.

The team was led and directed by Colin Gilloon. Jared Wagner assisted as part of the crew and the talent included Nate Carney, Isabella Connell, Christian Ingram, and James Gracia.

“Having these outlets like CineSol really lets younger people see that they can do this,” Gilloon said. “I think this shows that anybody, it doesn’t matter how much money you have or how old you are. If you just have the right encouragement and the drive you can really go in and do anything that you put your mind to.”

Harlingen Hollywood was awarded at an official ceremony held at the historic Cine El Rey Theater in McAllen on May 28 where their movie was screened.