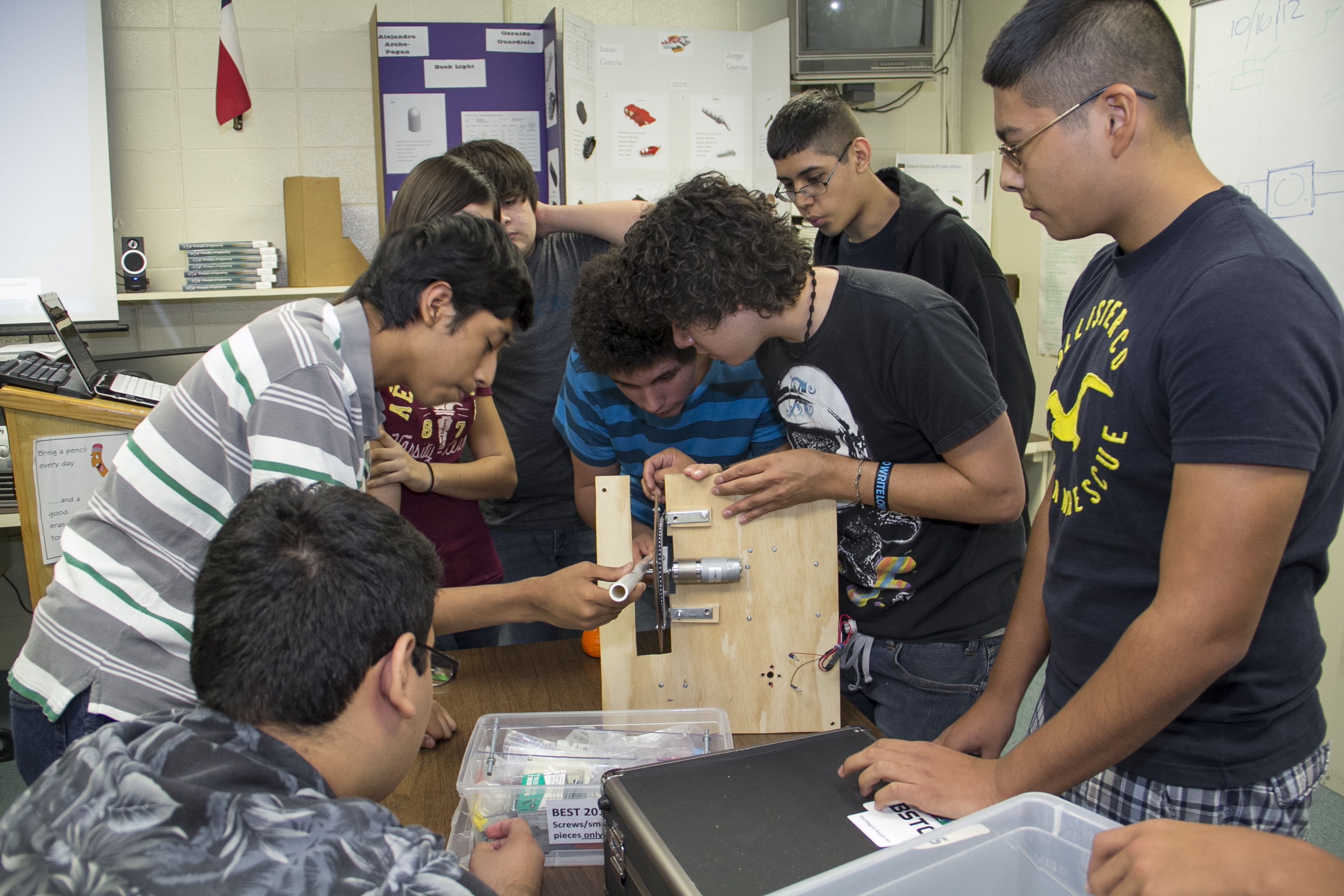 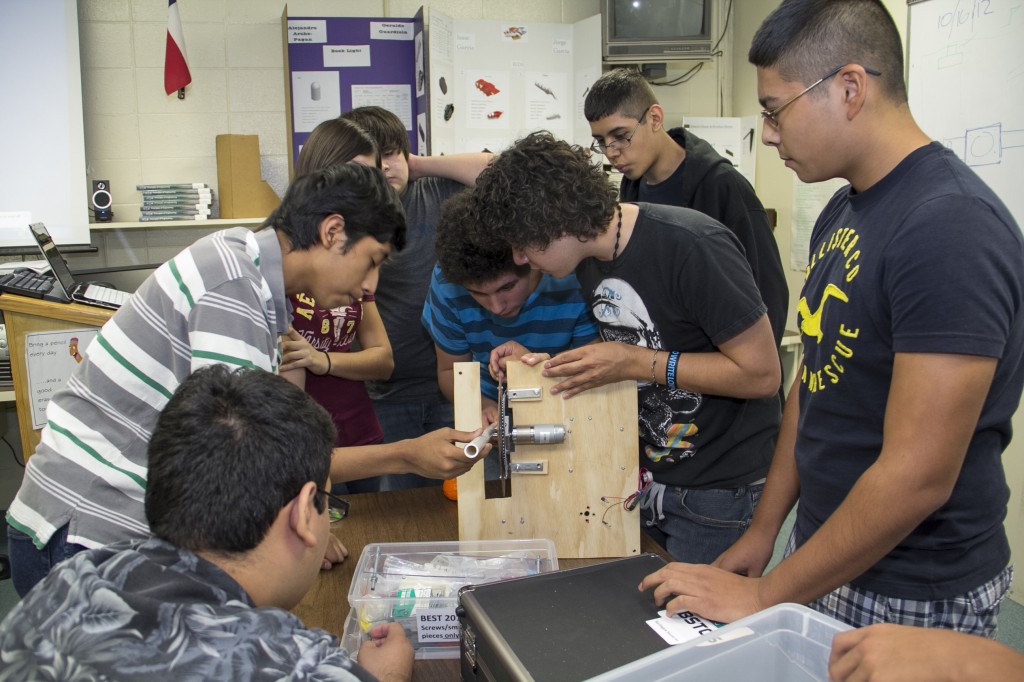 SOLVMM is the robot created by the seven members on the robotics team at Harlingen High School South.

SOLVMM stands for South’s Original Latching Vertical Motion Machine, and has mastered object transportation with the help of a robotic claw.

“The robot has a claw,” said Marcos Rodriguez, junior at HHSS and president of the engineering club. “It has the ability to move freely. It can grab a ball that is placed as an obstacle for the robot to reach for.”

SOLVMM’s final design is well rounded on the ground and air, but to get there the team had to work through some initial design issues.

“It’s a vertical challenge and it’s something we’ve never encountered before,” said Marcos Rodriguez, junior at HHSS and engineering club president. “It had to climb a pole up and down, and that made it pretty difficult when we were brainstorming. After all of the designing, we came up with this pulley system and it has worked smoothly.”

The team had six weeks to build the robot. They were required use materials provided by Texas State Technical College (TSTC).

SOLVMM’s strengths include its claw and pulley system, which allow it to travel smoothly. The only weakness may be its speed once everything is added, said Rodriguez.

“The team has high expectations,” Rodriguez said. “We’ve been working really since the competition started. We hope to win.”