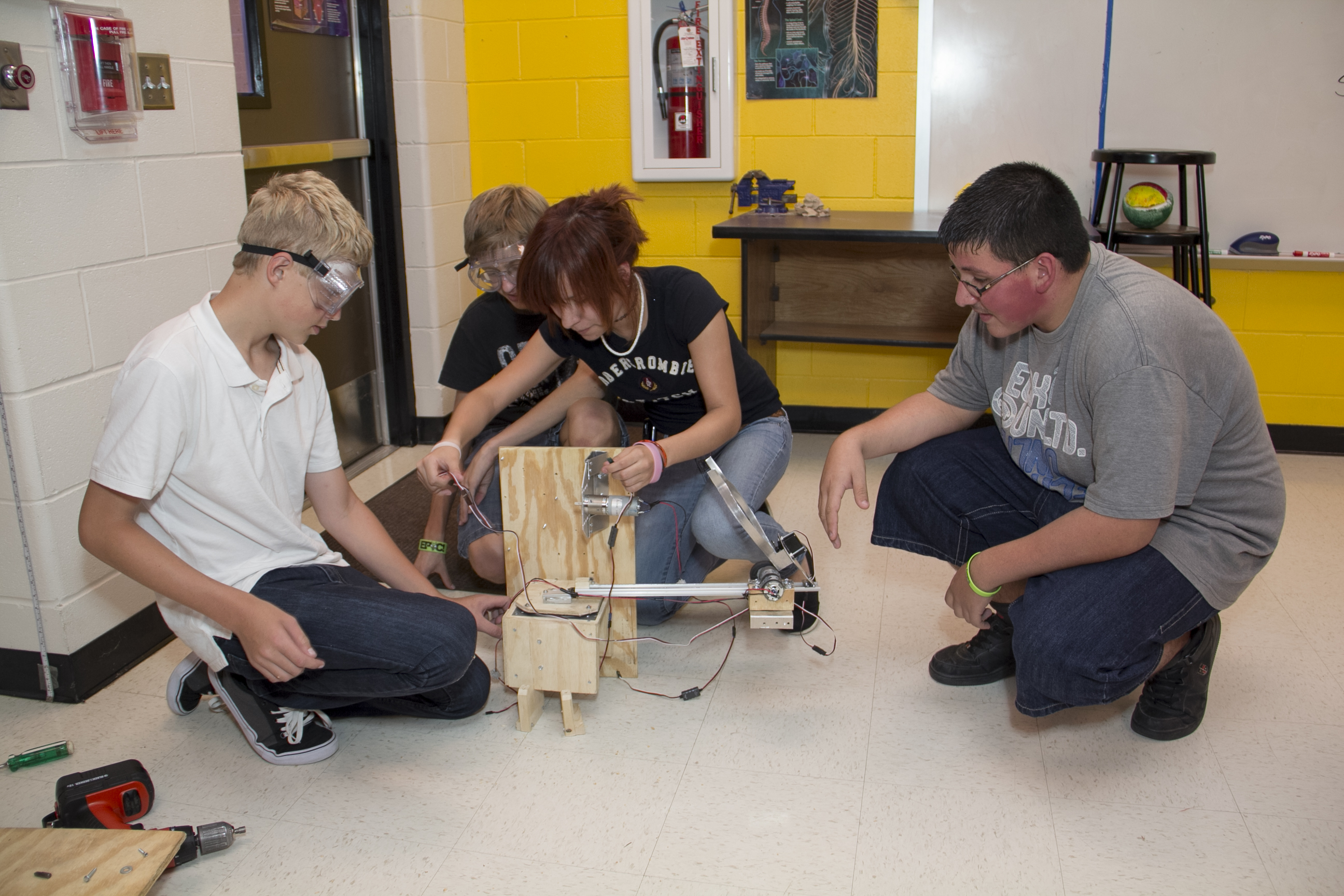 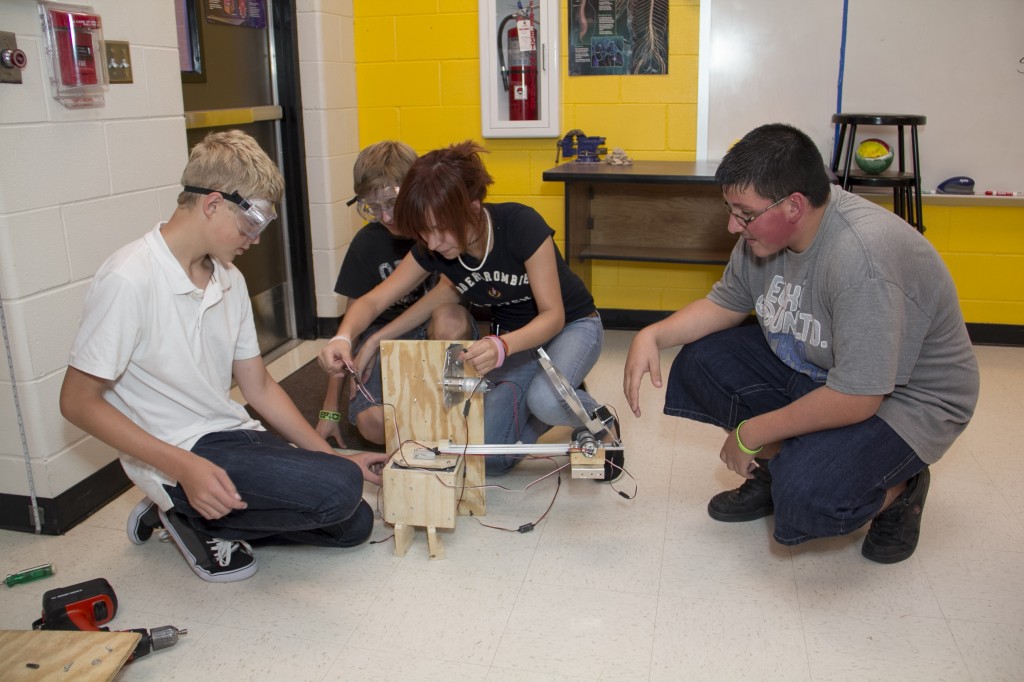 Neil 2.0 is the creation of the more than 30 students participating in the robotics team from Early College High School.

Named after astronaut Neil Armstrong and their team number, Neil 2.0 is a climbing machine with the latest in spool technology.

“Our robot uses the spool method, because there is a rope at the top of the rail,” said Zach McNutt, junior at ECHS and vice president of the engineering club. “We tie the rope around the spool and when we turn it with the motor, the rope wraps around and pulls the robot up.”

Neil 2.0 may have a strong final design, but the road to get there was gradual, said Engineering Club President Joseph Lira. The final product will be the team’s second prototype, and was created in six weeks with supplies provided by Texas State Technical College (TSTC).

“The robot started off as just a bunch of pieces of wood and PVC pipes,” Lira said. “ Those pieces eventually became our initial robot, but after demo day we had to scrap it and start a new robot.”

Neil 2.0’s strengths include its ability to pick objects up smoothly, and its design, Lira said. A minor weakness may be its speed.

“This is our best year.” McNutt said. I can’t see many weaknesses except how fast it goes up the rail. We are doing very well though, and we probably won’t change much.”

The final addition to Neil 2.0 will be a telescopic arm that can retract and go forward, Lira said.