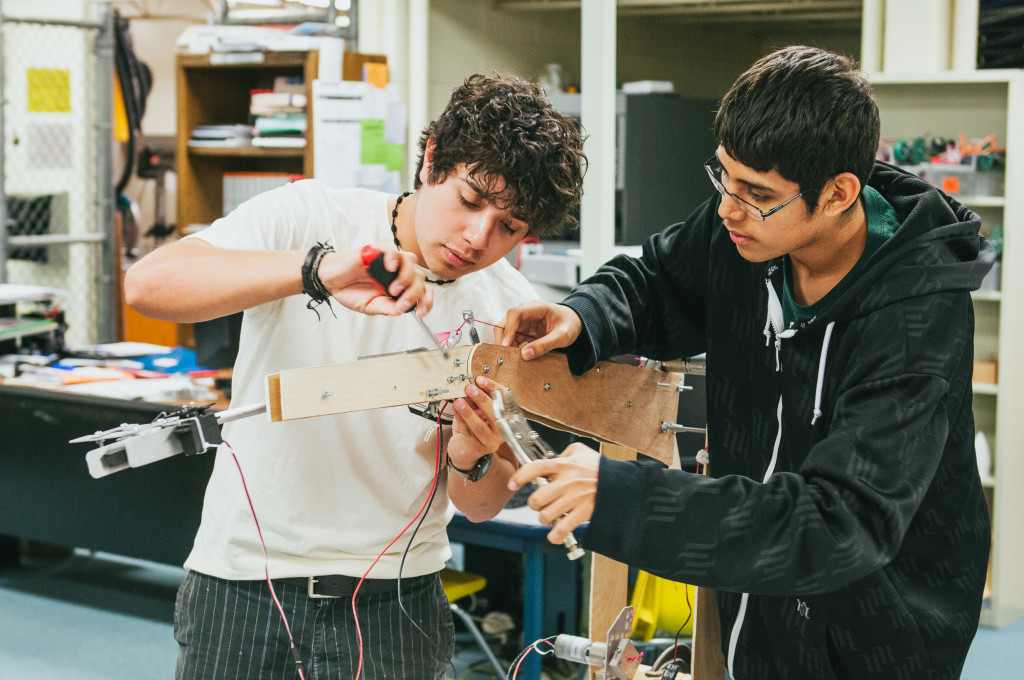 Harlingen High School South is putting their robot, Nando, to test on October 26th at the 2013 Boosting Engineering, Science, and Technology Competition (BEST).

HHSS has had only 6 weeks to build and work with their robot, leading up to the big competition.

The students on the robotics team have prepared themselves and the robot to reassemble a computer using only the pieces given and their robotic arm, Nando.

They created Nando to be very precise, and the way they designed it added a better range of motion to the robot arm, Marcos Rodriguez, senior at HHS and engineering club president. They also made sure that the arm was designed to be sturdy and robust.

The students created the design based off of the Toyota manufacturer, said Ceci Zebrowski, junior at HHSS and Vice President of the engineering club. They wanted to produce a robot that had a large frame, just like ones they use to help build cars. The robot does have a long arm that gives it a reach advantage and gives it more flexibility. Nando, is supposed to act as a hand.

Not only does the team have the task of creating and perfecting the robot, they must also develop a marketing presentation and engineering journal based on the design process.

HHSS has made sure that during the competition the team members are having fun and giving their absolute best.