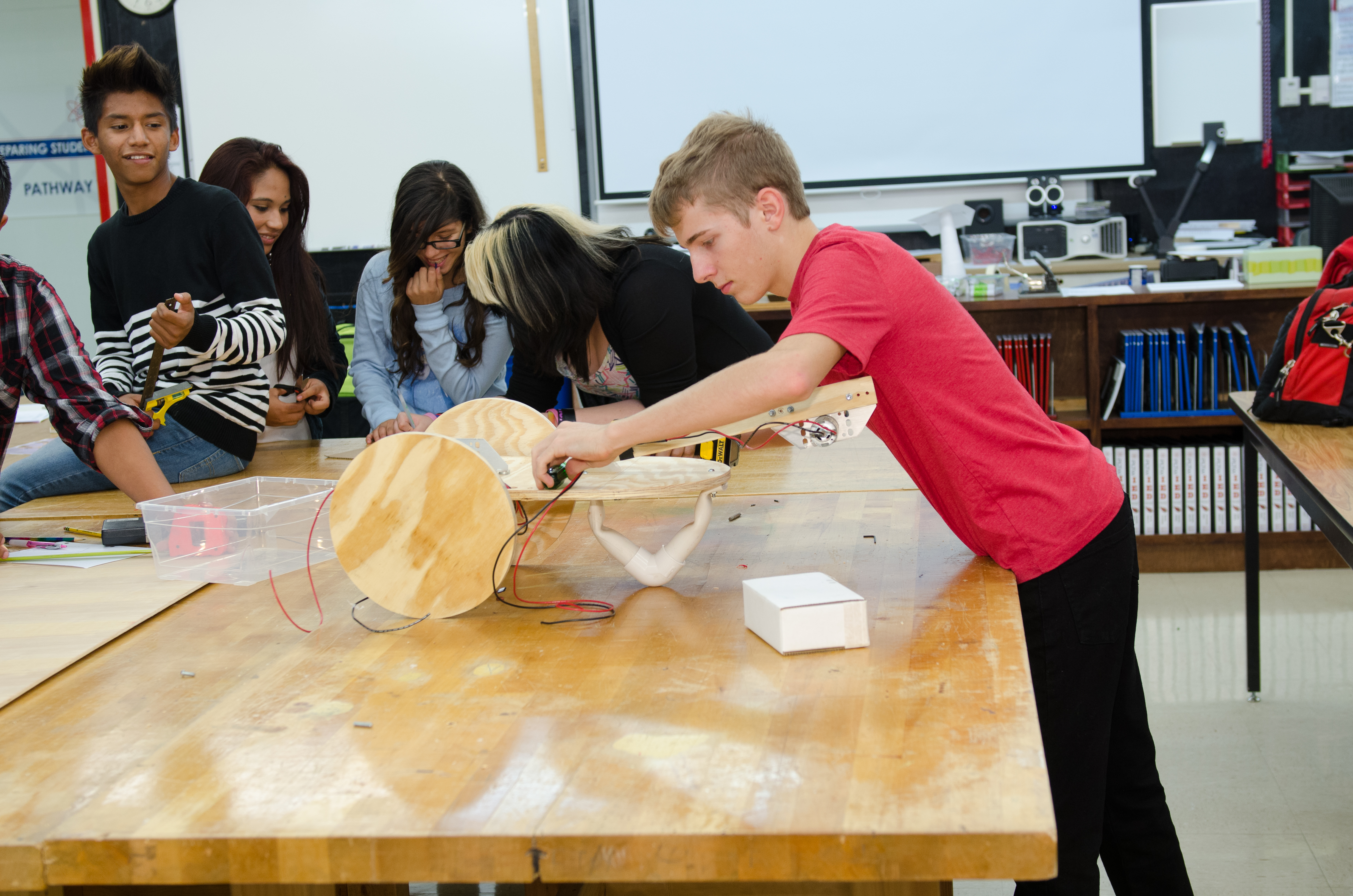 The Harlingen High School robotics team has put a lot of thought and care into the creation of their robot, K-9 – affectionately named after the robotic canine in the long-running British science fiction television series, Doctor Who.

“Everybody’s working on trying to get the robot to assemble a wind turbine, but there are lots of different designs, said team vice president Connor Smith. “A lot of teams have chosen to go with this front skid like we have, but I think ours is unique in the way that we’re doing it.”

The team has been working on their design for about four weeks. Each member has been assigned a specific part of the robot to work on, and some assignments have proved to be rather challenging.

“Construction and finding the right design for the gripper was very hard. We had the concept, said team president Alexia Carmona. “The thing that turned out to be tricky was connecting it to the arm and making it turn and go up and down. But finally we were able to research and find a design that would work.”

Like all the robots in the competition, K-9’s actions will be controlled via remote. The controller will direct the movements of each of the motors to control the shoulder and elbow action as well as the forward movement.

With about a dozen members, the dedicated team is looking forward to competing with K-9 and hopes to walk away victorious at the annual contest.