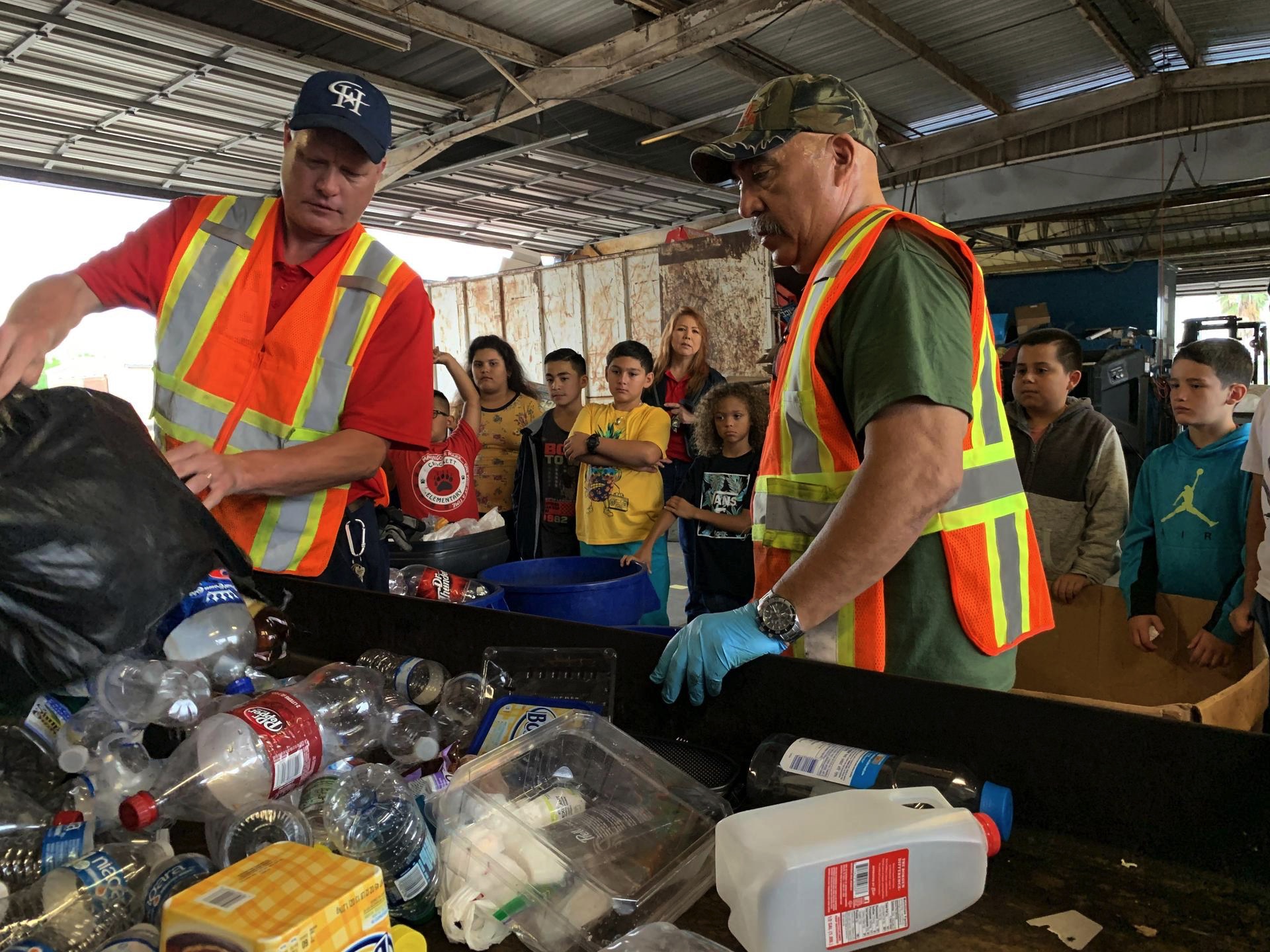 Crockett Elementary students gathered in their gym Friday morning to celebrate their success in recycling more than 3,400 pounds of materials this school year.

Keep Harlingen Beautiful, a non-profit organization, presented the school with a $500 check for recycling such a large amount of paper, plastic, and other materials.

So far, Harlingen CISD has recycled 109,730 pounds of items this school year.

“If we motivate students to recycle at school, they will go home and ask their parents, ‘Why are you throwing that in the trash,’” said Melissa Boykin, the executive director of Keep Harlingen Beautiful, adding that teaching children about the importance recycling could result in more people recycling.

The non-profit organization holds a recycling contest every year. Schools of similar populations compete against one another in two separate divisions. Keep Harlingen Beautiful presents both winning teams with checks to be used within the campuses.

Harlingen CISD campuses and administration offices place recyclable materials into bins separate from other trash such as food. The items are then transported to the city of Harlingen recycling center located on Commerce Street.

Fifteen Crockett Elementary recycling team members toured the recycling center on Friday to learn more about where their paper, plastic, styrofoam and electronics end up.

“It was fun,” said Eddie Resendez, a 5th grader at Crockett. “I learned more about recycling. I learned not to throw away trash (like food) in the recycling bin.”

“It helps the environment, and we use fewer trees,” he said after touring the facility with his fellow classmates.

Crockett Elementary Counselor Ms. Chavez, who has been overseeing the recycling team on campus, accompanied the students to the recycling center for their tour and lesson.

“We don’t want to cut down too many trees, and we want to prevent flooding,” she explained. “It’s important that we protect the environment and animals too.”

This marks the third consecutive year that Crockett has won the Keep Harlingen Beautiful contest.

“They’re very positive and motivated,” Chavez said. “They love recycling as a team. The teachers and all the students have contributed to our recycling program’s success.”