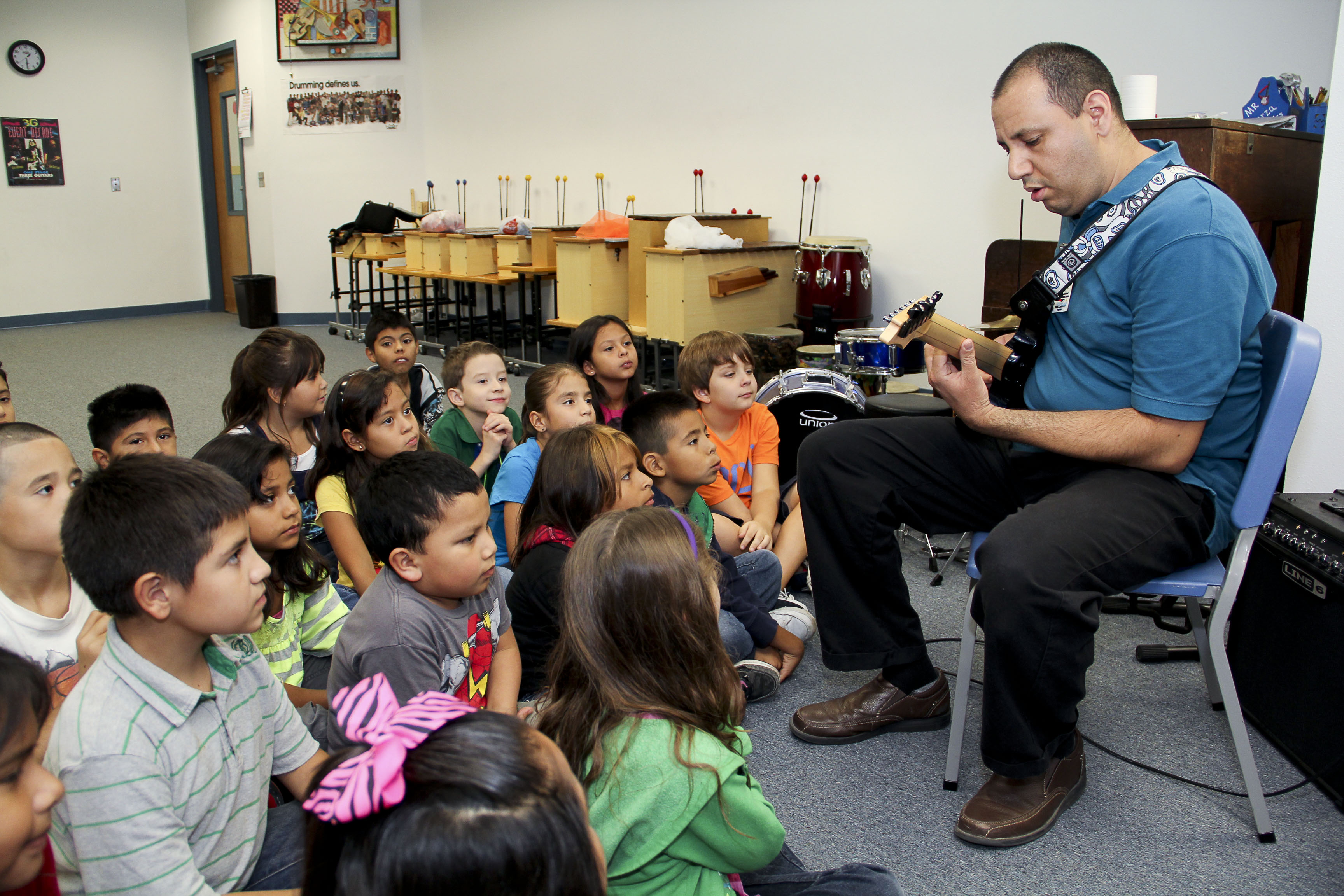 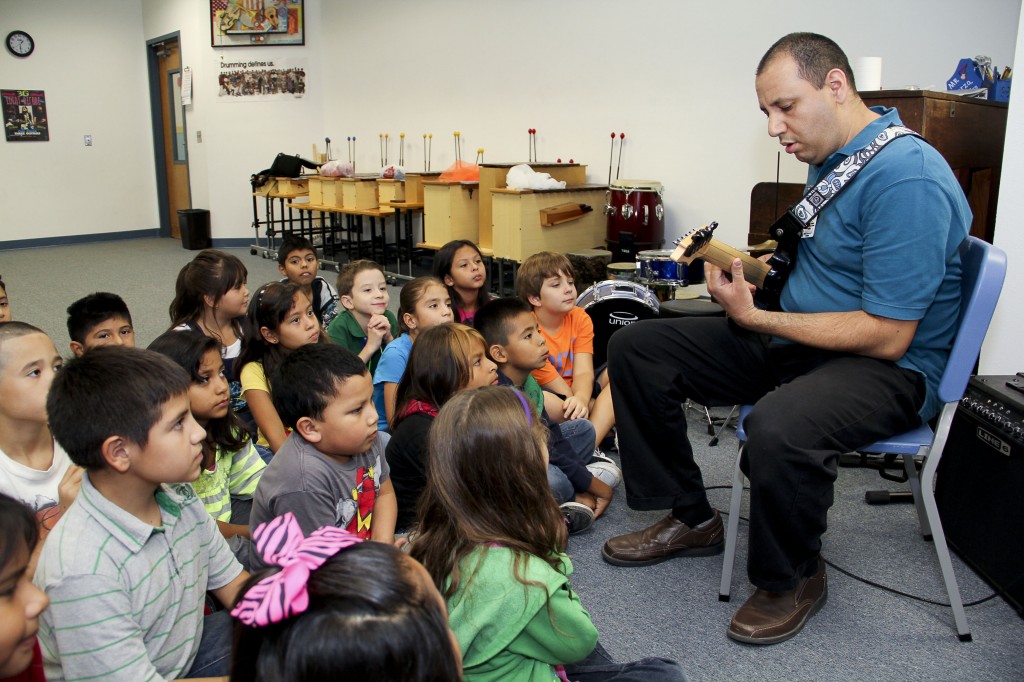 If you give David Garza a guitar, he is going to play it. Whether it’s in the classroom or at home, Garza plays to share his passion for music.

Garza, the music instructor at Travis Elementary School, was one of ten in the nation selected as the winner of the Chance of a Lifetime competition. He was selected for his ability as a guitarist.

To enter, participants had to submit a video of them playing a song by Joe Satriani, acclaimed guitarist and Grammy Award Nominee, on YouTube.

“I was so excited to get the email that I was selected,” Garza said. “ I had been waiting to hear the official results. It was the middle of the night and I woke my wife up to tell her the good news.”

The staff and students at Travis were also thrilled to hear he had been recognized for his musical skills, Garza said.

Garza will receive an all expenses paid trip to attend a guitar workshop given by Satriani on Nov. 7. He will also receive a limited edition electric guitar.

A total of 411 guitarists entered the competition.  Social media was used to determine the 96 guitarists with the largest YouTube fan base. After the finalists were selected, Satriani personally chose the 10 winners, Garza said.

Garza has been with the Harlingen Consolidated Independent School District for 14 years, and plans to bring his upcoming experience into his classroom.

“Everything I do musically applies to my classroom,” Garza said. “My experiences help me teach my students, and understand how to help them be successful in multiple ways.”

To see the video David submitted to the competition click here.

One thought on “Person of the week: Garza brings national guitar competition win to HCISD”