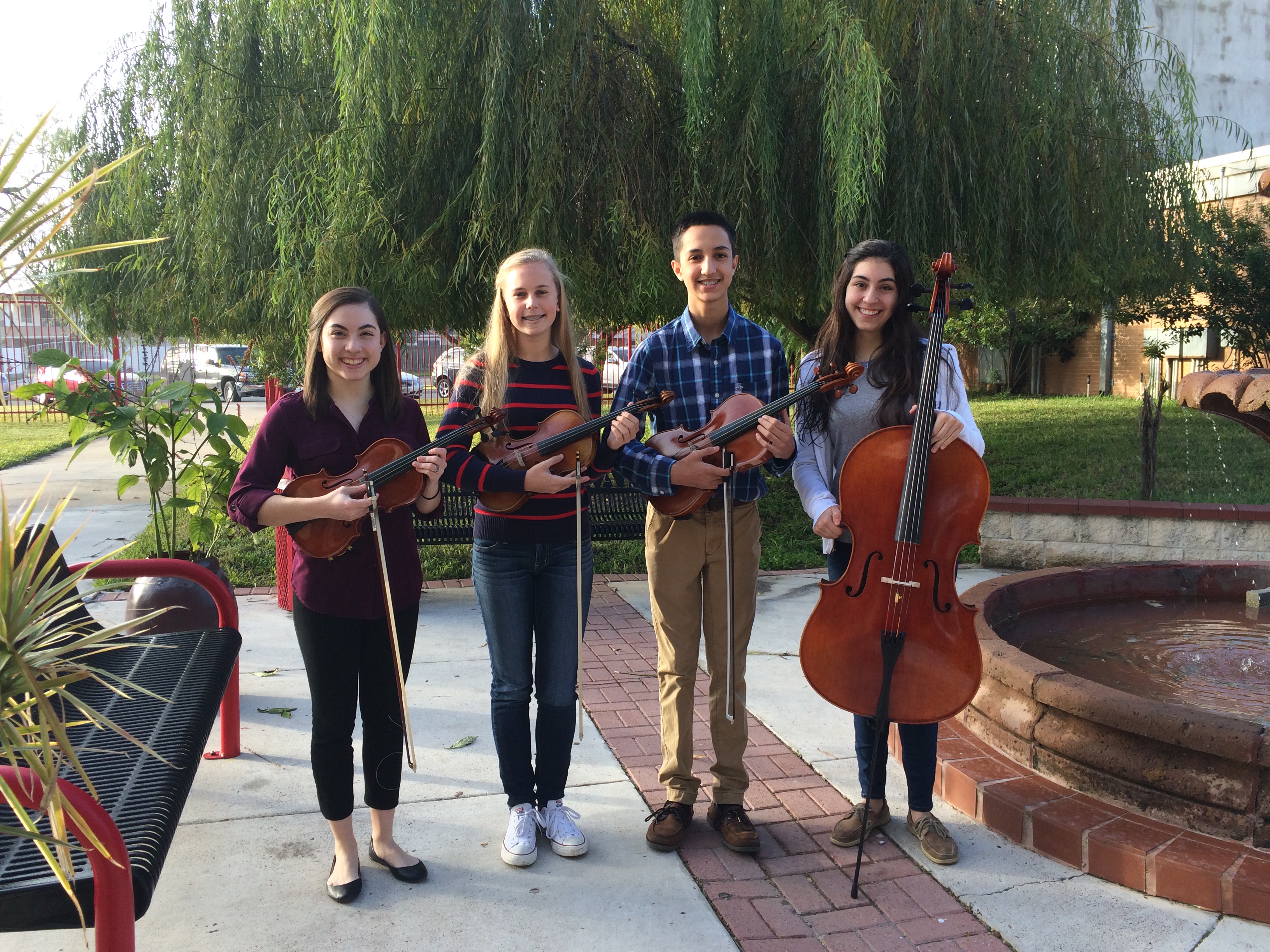 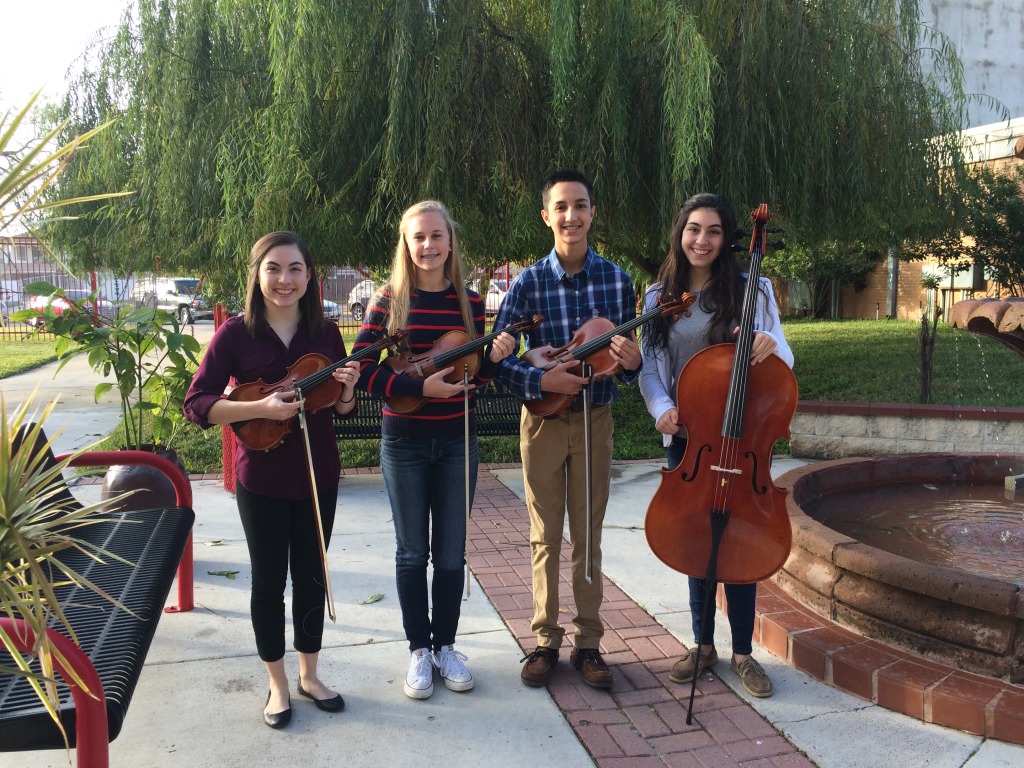 Certain personalities and musical preferences among students just seem to click. Such is the case with a group of four remarkable Harlingen Consolidated Independent School District musicians. Make no mistake; the Armonioso String Quartet is not your typical teenage band.

Earlier this academic year, the quartet welcomed attendees to a Ribbon Cutting Ceremony for the newly opened Harlingen School of Health Professions by playing chamber music from the classical masters.

“Having the opportunity to play at the ribbon cutting ceremony at HSHP was a big honor because administrators have a lot of students to choose from,” said Flores. “They could have chosen from either of the high school orchestras. So for them to choose us four to perform was a tremendous honor.”

Along with their performance at HSHP the group has also been approached to perform at various special events. While they did not initially set out to perform at private functions, the four students were overjoyed when they got the chance to perform their first gig.

A fellow orchestra cellist approached the group with an opportunity to play at a wedding, and they agreed to it. From then on, the quartet has been playing weddings and receptions.

Two-time all region first chair and concertmistress or lead violinist for the HHS Orchestra, Duncan, sees Armonioso as an opportunity for her and other members of the group to expand their musical ability.

“Before joining this group, I was in the no longer existing, Valley Youth Symphony, and I was also in a duet with a pianist,” said Duncan. “So being in this group now it’s easier to get invited to different things. It’s definitely a great opportunity for all four of us. It gives us a different feel for music. It allows us to learn different styles of music and broaden our horizons.”

Duncan has been playing the violin since she was a toddler, and she also advanced to the state level during her freshman year, bringing home a silver medal.

Not without their own personal accolades, the remaining members of the group also bring much talent and experience to Armonioso.

Playing the viola since he was in sixth grade and earning first chair in the All-Region Orchestra, Garcia was selected to perform several concerts with the University of Texas at Brownsville Symphony. He was also part of the 2014 Middle School Honors Performance Series at Carnegie Hall.

The group’s ultimate goal is to one day have the opportunity to play at the Texas Music Educator’s Association Convention.

“We’re just four average kids who enjoy music,” said Duncan. “We thought we could bring our talents together to create this group to offer something different.”