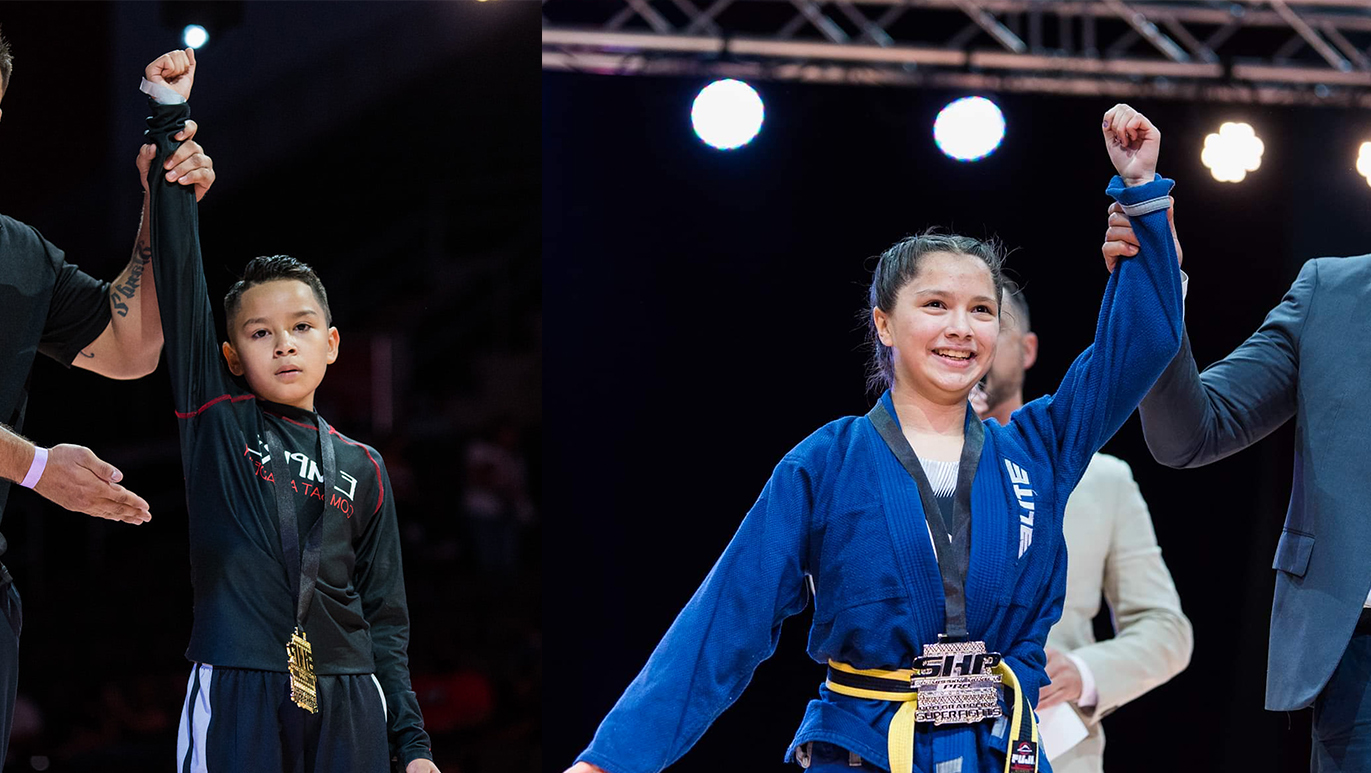 “Dream big, train hard, and never give up.”  These are the words that Samara and Micah Lerma live by. Inspired by their family motto, they train hard when it comes to their education and to prepare for competition. This allows them to achieve honor roll status at school and win jiujitsu fights.

For the last five years, the siblings have been training in Brazilian jiujitsu.

Micah is a fifth-grader at Bonham elementary who has been training since he was four years old.

“My parents always say train hard, dream about being the best in the world, and never give up,” Micah said. “Of course, you have to train hard. We are really, really busy. After we get out of school, we get ready and go to jiujitsu. If it’s Saturday or Sunday, we get up early and go to the gym to train, or we watch jiujitsu videos here at home.”

Micah had his first Submission Pro fight in September and won by arm bar.

“When I won my pro fight,” Micah said. “I raised my hand and put the medal over my neck, and I felt like I was actually a champion.”

Samara is a seventh-grader at STEM2 Preparatory Academy who began training since she was seven years old.

“It was my cousin that first told my dad about it, and so then my brother joined,” Samara said. “At first, I didn’t really have an interest to join, but then when my brother came back from practice and I saw the things that they were doing, I knew I wanted to do jiujitsu.”

She had her first Submission Pro fight in March which she won in less than one minute by omoplata, a very challenging move.

“It feels amazing how your hand gets to be raised, and they say you’re the winner,” Samara said. “Jiujitsu is fun. You learn discipline, how to defend yourself, and it’s family oriented. My favorite part of jiujitsu is being part of a team and training with my partner in the gym. I don’t always compete against girls because there are not that many. The boys are pretty tough, but I win because I have the technique.”

In the future, Samara wants to be a mechanical engineer and Micah hopes to become an astronaut. They both also want to become pro fighters.

The siblings compete across Rio Grande Valley and in cities throughout Texas including Robstown, San Antonio, Houston, Austin, and Dallas.

“Jiujitsu is about discipline,” Micah said. “It’s about training hard and working hard. There is no losing in jiujitsu; there is only winning and learning. I thank my coaches for making me feel like that and making me want to never give up. I want to thank my parents too because they take me to practice, and they are always proud of me and my sister.”