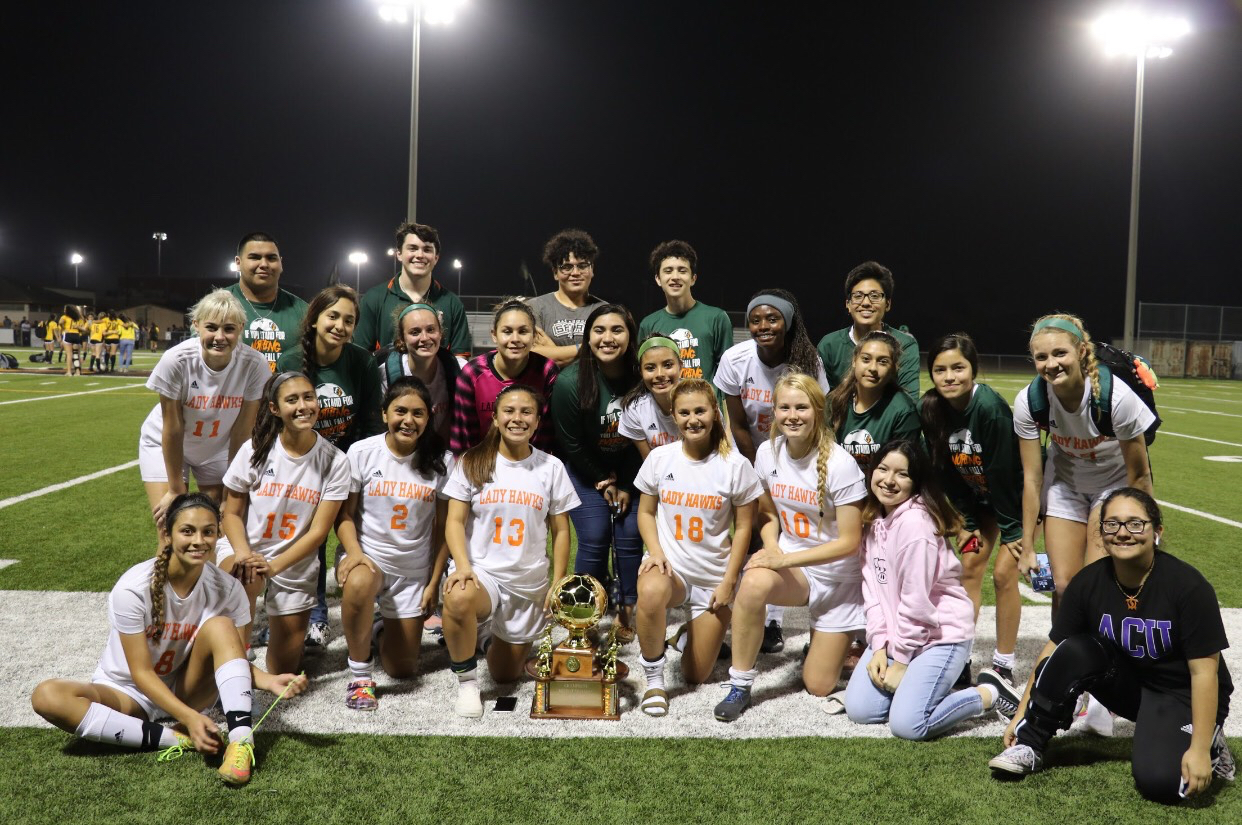 The Harlingen High School South girls soccer team secured the district championship, closing out the season with a 8-2 record.

The Lady Hawks won their final district game against Brownsville Hanna by a goal. The Lady Hawks scored three goals during the game held on Tuesday, March 10.

Although the Lady Hawks team is composed of fairly young players, they were able to earn the district championship through commitment and hard work.

“This team, they didn’t want to be the underdog,” said Lady Hawks soccer varsity Assistant Coach Monica Silva. “They didn’t let themselves be looked at as the underdog. They finished the fight and held on and brought the district championship home.”

Last year, the Lady Hawks advanced to the regional semi-finals at the state level.

The 2019-20 Lady Hawks soccer team will now advance to the bi-district match up.

“We’re really a team. Everybody was counting on everybody, and they never quit,” Silva said. “I’m proud and honored to be part of this, and it’s all about the athletes.”