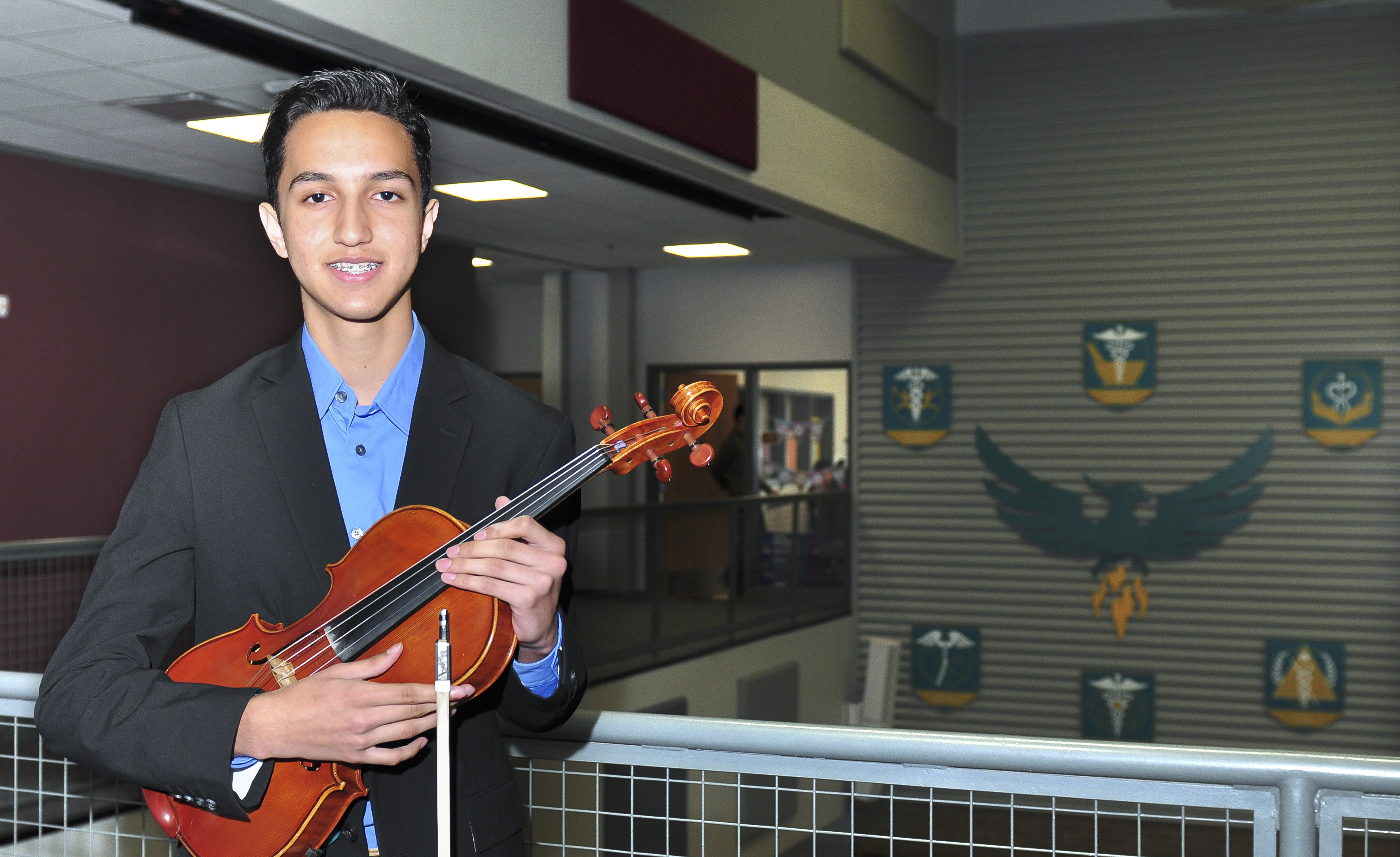 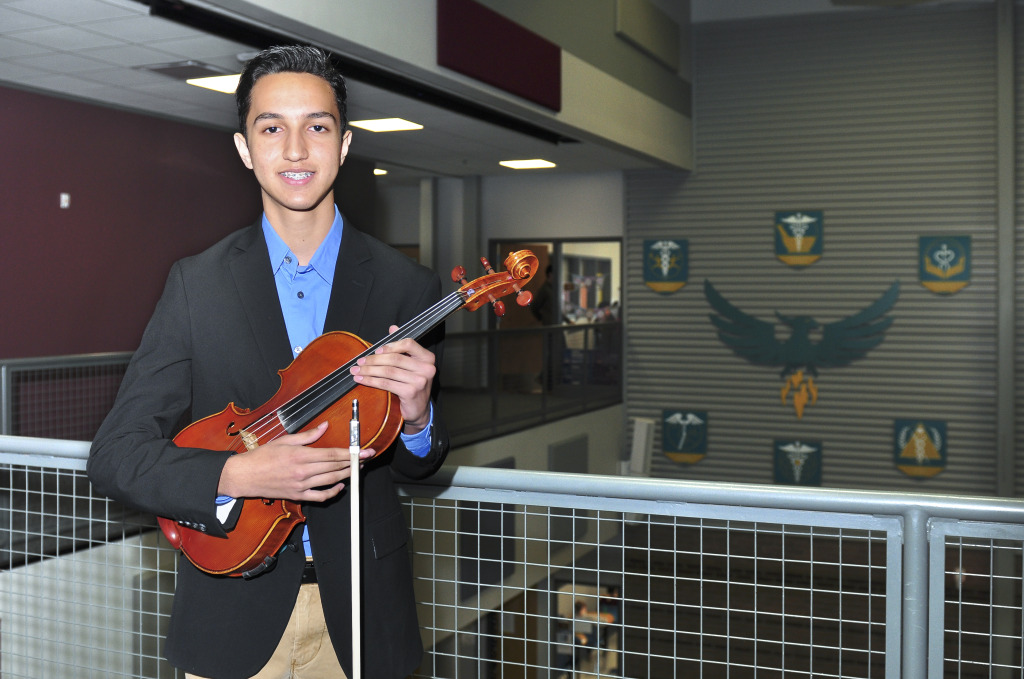 Matthew Garcia arrives at his main campus after an off-sight orchestra class with a black viola case in one hand and his backpack hooked over the opposite shoulder.

The talented freshman from Harlingen School of Health Professions is pursuing his dream of having a medical career but also makes time for his love of music by perfecting his skills on the viola. His musical efforts have paid off in a big way.

For the past two years, Garcia has been a member of the International Youth Middle School Orchestra where he led a viola section and was featured as a soloist at Carnegie Hall.

Taking place June 18-July 4, the two-week intensive summer training program will give musicians ages 14-17 the opportunity to play alongside exceptionally talented peers and learn from a world-class faculty.

“The NYO2 is kind of the little brother program to the National Youth Orchestra. It’s a training residency in preparation for NYO. I would have been in that, but I am a year too young,” says Garcia.

As part of NYO2, participants will work with conductor Giancarlo Guerrero and players from The Philadelphia Orchestra, among other prodigious faculty. Lessons, coaching, and orchestra rehearsals, as well as other educational and recreational activities, will take place at Purchase College in Purchase, NY, just outside of New York City.

“It’s just an honor to be chosen alongside all of these talented musicians from across the nation that have mastered their instrument. I can learn from them and become a better artist,” says Garcia.

The NYO2 experience will culminate in Philadelphia with a side-by-side performance alongside The Philadelphia Orchestra on July 2 at Verizon Hall.

In the meantime, he takes advantage of the experience and the networking opportunities he receives from the Carnegie Hall programs.

“I still communicate with people from the last two years that have been in my previous programs,” says Garcia. “I’ll text them, and they’ll give me feedback. So it’s really a community where we get to learn from each other and help each other out.”

As he thinks about the future, Garcia has big dreams and has even considered pursuing both his medical and musical interests once he gets to college.

“At Columbia you can enroll in a dual program with Julliard at the same time, says Garcia. “So maybe if I get a little more interested in music later down the road I could do that.”

At fifteen years old, Garcia already seems to have his goals set out for the future.

“Once I retire from being a doctor, I could be part of a symphony somewhere,” says Garcia.

NYO2 aims to expand the pool of young musicians across the country equipped with the tools to succeed at the highest level, particularly those who will bring greater diversity to classical orchestral music and/or those who have not had access to highly selective training opportunities via major youth orchestra programs, summer festivals and camps, or similar experiences outside of their local community.

NYO2 is free for all participants, including room and board, and all rehearsal, teaching, and performance activities.