One of the oldest festivals in the nation, the event hosted bands from Austin, Laredo, San Antonio, Victoria and throughout the Rio Grande Valley. 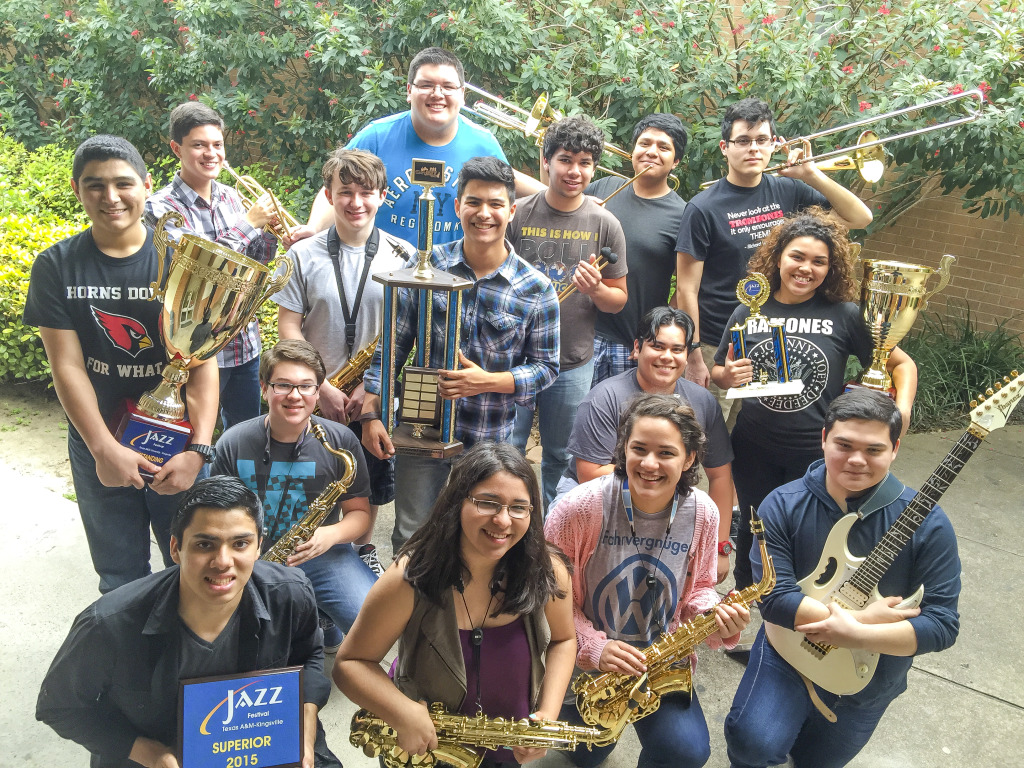 Three HHS Jazz Ensembles received a Superior rating for their performance, and all three received 1st place in their respective class. The HHS Honors Jazz Ensemble was named the overall Grand Champion of the Festival for the seventh consecutive year.

The HHS Honors Jazz Ensemble was the featured high school jazz band at the UTB Jazz Festival on Thursday, April 2. 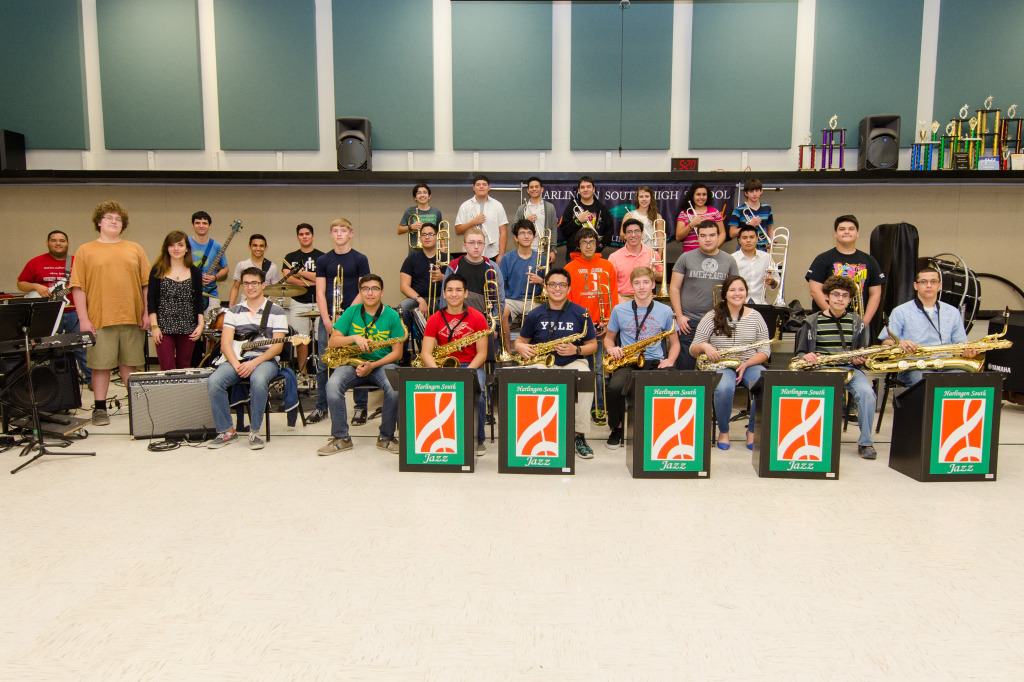 The Harlingen South Jazz Ensembles earned a Superior rating and 2nd place overall for their classes.  An “All-Star” jazz band was selected by the judges that represented the best players in each section.  Three members from Harlingen South were named along with one member from the Cano Freshman Academy Gold band.  They were: Brandon O’Donahue- Trumpet (11), Ryan Mowers-Trumpet (11), Ivan Trevino-Vibraphone (12), Xavier Esparza- Trombone (9). 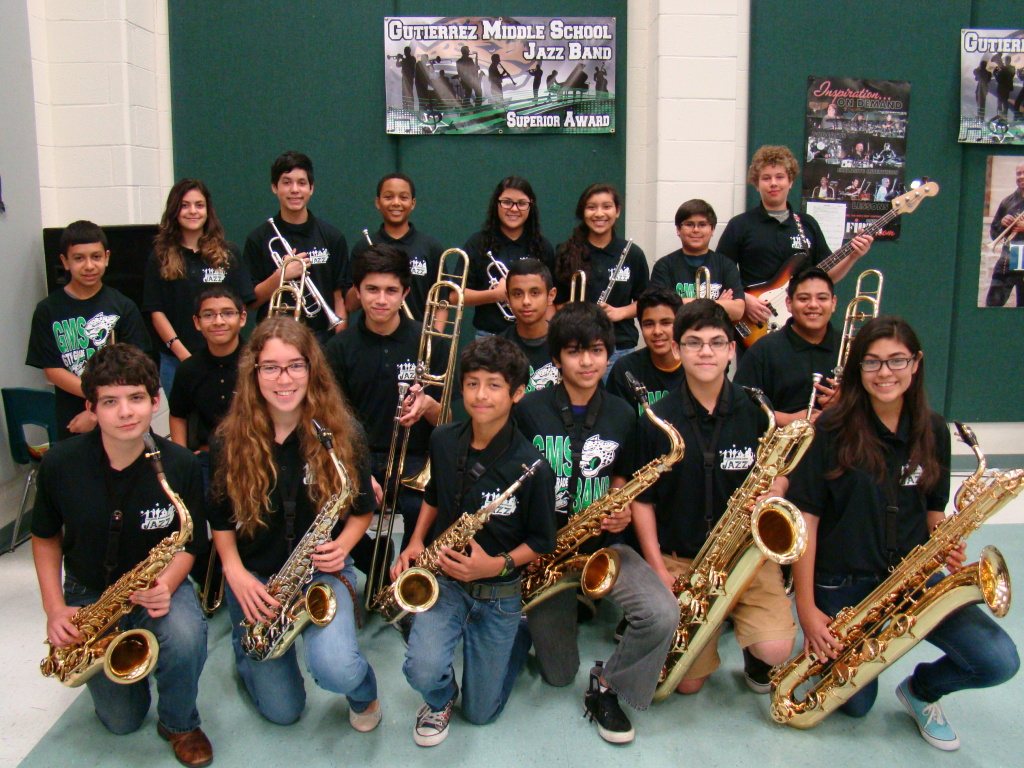 The Gutierrez M.S. Jazz Band earned a Superior Rating, and were awarded 1st place in the festival.  The following five students were named to the All Star Jazz Band:  Ashley Mendez on Bari Saxophone,  Lorenzo Molina- Trumpet, Frank Rodriguez- Trumpet, Ruben Barajas- Trombone and Aaron Garcia- Trombone.  This is the first time the band walks away with the first place award. The Gutierrez Jazz Bands are under the direction of William Bennett and Heliodoro Bravo. 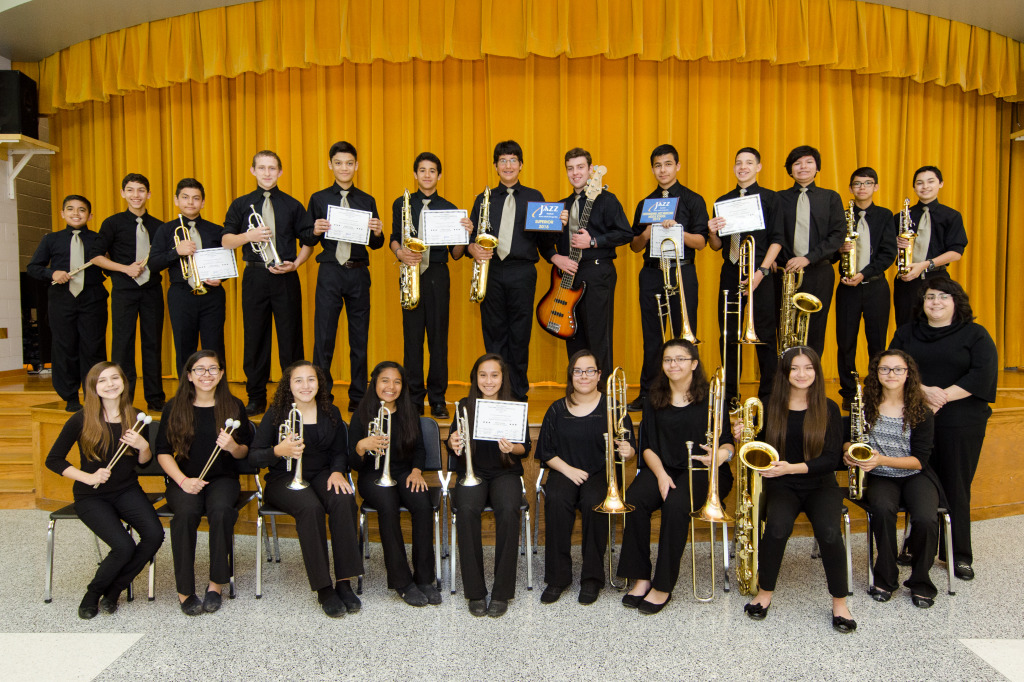 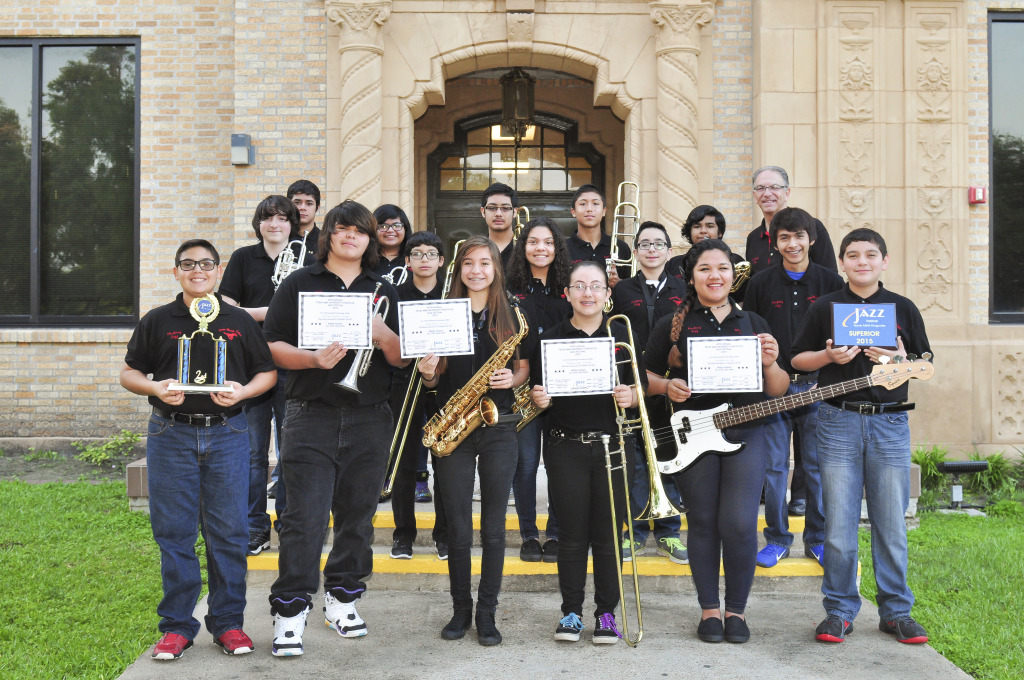 The Vernon Jazz Band earned a 1st division Superior Rating from all three judges and won the 2nd place trophy for the middle school contest.