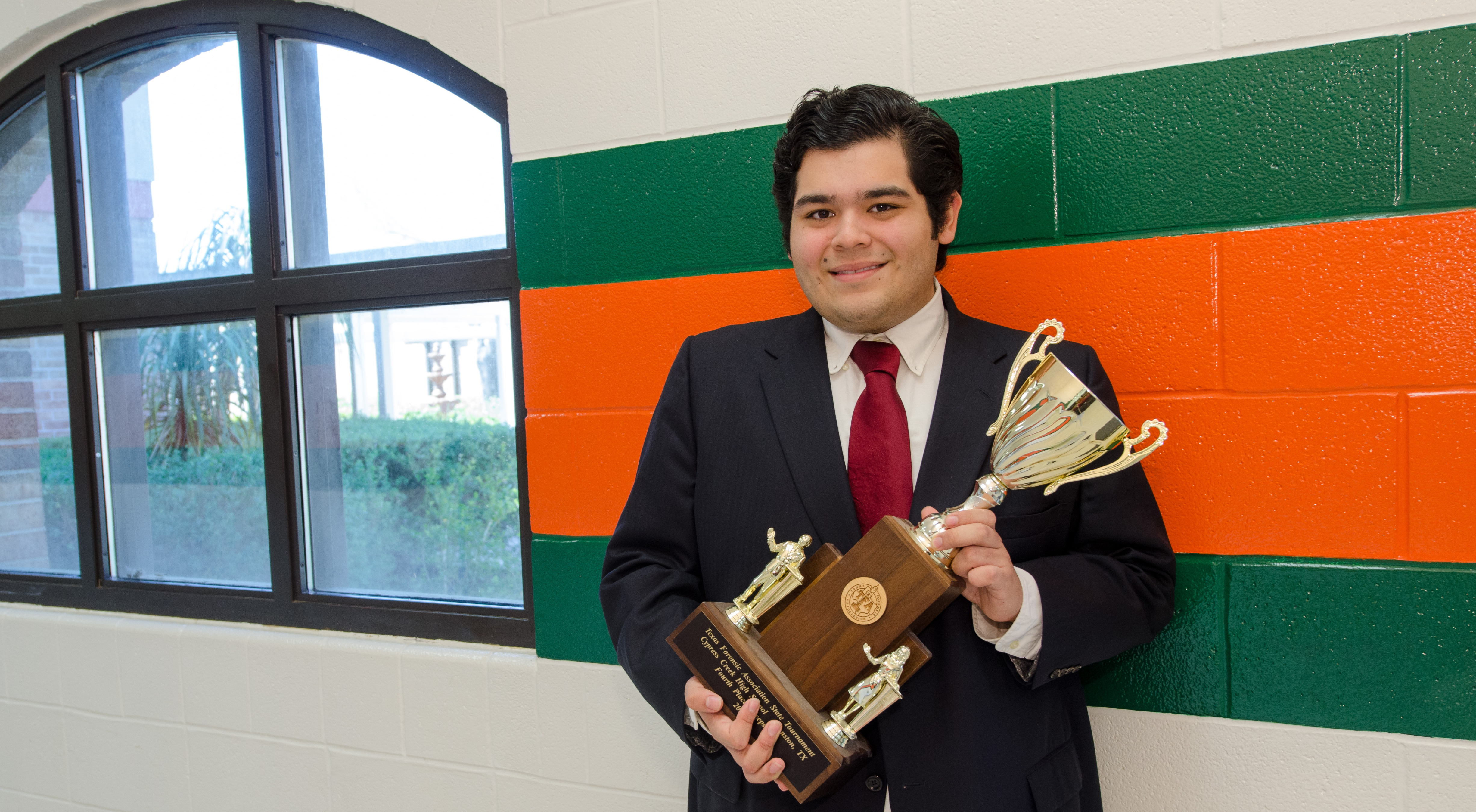 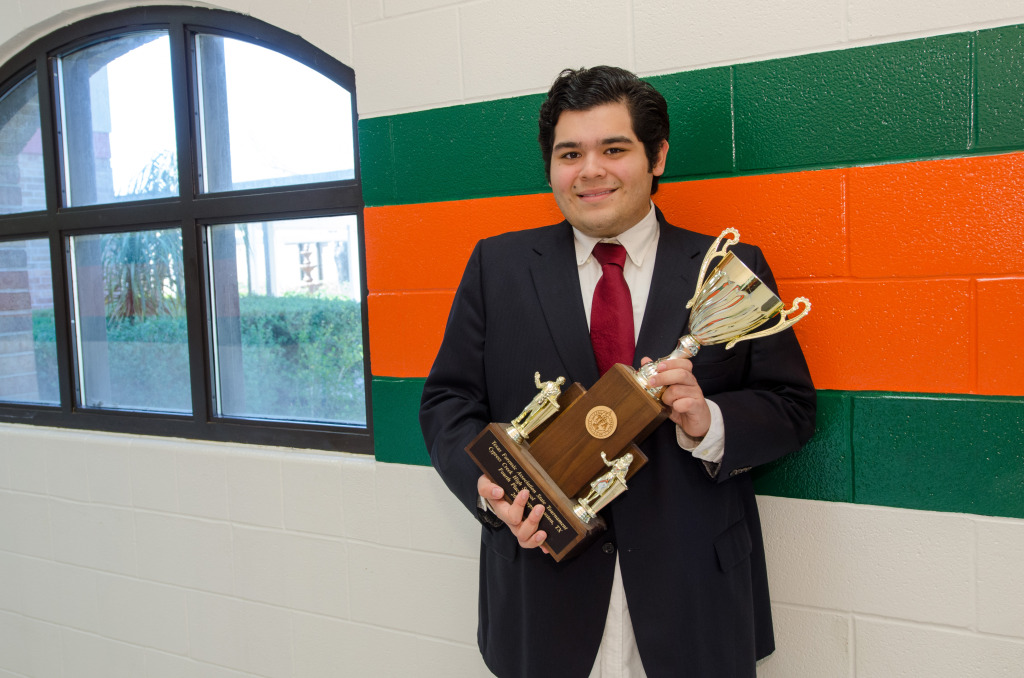 Working on his craft for almost four years, Almaguer has been attending camps and tournaments, and taking oral interpretation courses since his freshman year. This year, all of his hard work paid off when he was named a state champion.

“I feel that I’ve finally received validation after four years of having worked so hard for this, and now I’ve become a state champion,” said Almaguer. “It is a great feeling. I have accomplished what I had set out to accomplish.”

This is the third year he has made finals at the state tournament. Earning the state championship in poetry interpretation took some persistence on his part; he was sixth place in his sophomore year; he took third when he was a junior, and this year he took first.

“Matthew never gave up on his dream of becoming a state champion. I think that experience and exposure to state and national tournaments has helped propel him to the state championship,” said Leah Ince HHSS South Speech, Drama and Debate coach. “We have a Wall of Fame here at South, and if you’re a state champion or a national finalist, your picture goes on that wall. So for a lot of these students like Matthew, as silly as it sounds, their goal is to be up on that wall.”

Almaguer wants his win to inspire other members of the group and to show them that the state championship is attainable.

“I’m finally going up on the wall of fame, and they have to look at it for the rest of however long they keep that wall up,” said Almaguer. “As everybody who’s come before me, this is just another reminder of the fact that it is possible. Even if you’re from Harlingen, Texas, you can still win. You can still be a state champion.”

He was the only competitor to play six different characters with his interpretation of Paul B. Janeczko’s collection of poems, “Worlds Afire.” Depicting the events that unfolded during a 1940s circus fire, he told the story from different perspectives.

In his selection of literature for competition, what attracted him to this particular story was that it was about real-life event.

“Above all, what I like to do is tell a story,” said Almaguer. “This piece is a true story. It’s about a circus fire that occurred in Hartford, Connecticut in 1944. The big top burned down, about 167 died and over 500 were injured. It was a big deal at the time and a huge tragedy for this to happen. For the story itself, what stuck out to me is the story is told from different perspectives, and it is a great story to tell.”

Along with Almaguer, there were three additional members of the South Speech Drama and Debate team who made finals at the TFA State tournament. Junior Matthew Canon placed third in Dramatic Interpretation and as a team freshman James Gracia and junior Enrique Cantu placed sixth in Duo Interpretation.