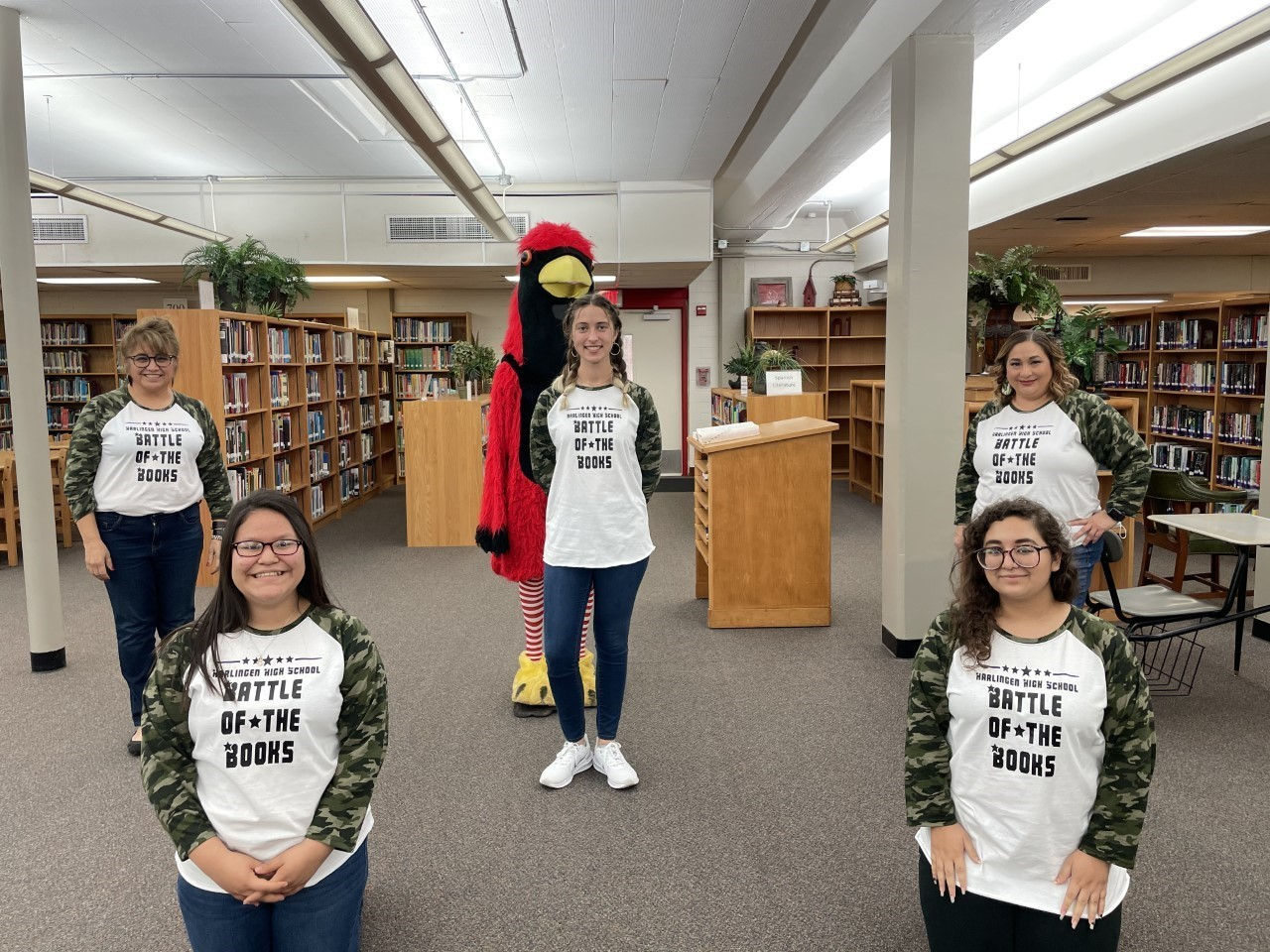 The Battle of the Books team at Harlingen High School put their reading skills to the test and resulted victorious, earning first place at the district and regional competitions.

Battle of the Books is a reading incentive program for elementary and secondary students where participants read five books and then come together as a team to test their knowledge by answering a series of questions in an exciting competition.

“What I like most about Battle of the Books is pushing myself to remember things I wouldn’t usually notice when reading a book,” HHS senior Zoe Crider said.

The competition starts at the district level in which the first-place winners in elementary, middle school and high school move on to regionals.

“Due to COVID all the competitions were done through Zoom with a total of 75 questions,” HHS Library Media Specialist Camille Garza said.  “HHS had to compete an extra week due to a tiebreaker with PSJA.”

The five books that were on the competition reading list this year were “The 57 Bus” by Dashka Slater, “With the Fire on High” by Elizabeth Acevedo, “Scythe” by Neal Shusterman, “The Silence Between Us” by Alison Gervais, and “Stepsister” by Jennifer Donnelly.

“The thing I like most about Battle of the Books is the variety of books that they give us to read,” HHS senior Gloria Banda said. “The books get better each year. The competition this year was pretty great. Last year we had the competition at the Performing Arts Center, but this year, because of COVID, we had to do it virtually. We still got to read five amazing books. I loved getting to compete with so many smart and amazing teams.”

The district competition for high school students was held on February 4 where the Harlingen High School team received first place, allowing them to move on to regionals.

“The regional competition consisted of teams from throughout the Rio Grande Valley and took place on February 11,” Garza said.  “We were notified that we were tied for first place with PSJA, so we needed to have a tiebreaker.  That was scheduled for February 16 but then had to be rescheduled due to the freeze.  We finally competed for the tiebreaker on February 23.  On February 26, Region One held the Virtual Battle of the Books Awards.”

During the virtual awards ceremony, participants had the opportunity to listen to one of the authors, Jennifer Donnelly, speak about her book, “Stepsister” before the regional winners were announced.

“The competition this year was tough; there were a few close calls,” Crider said. “It feels amazing to win district and regionals. It definitely makes my senior year. We won third place two years ago, second place last year, and this year, we took first. I couldn’t be prouder of my team.”

“We are extremely proud of the girls for all their hard work and dedication to our team, and they will be greatly missed next year,” Garza said.