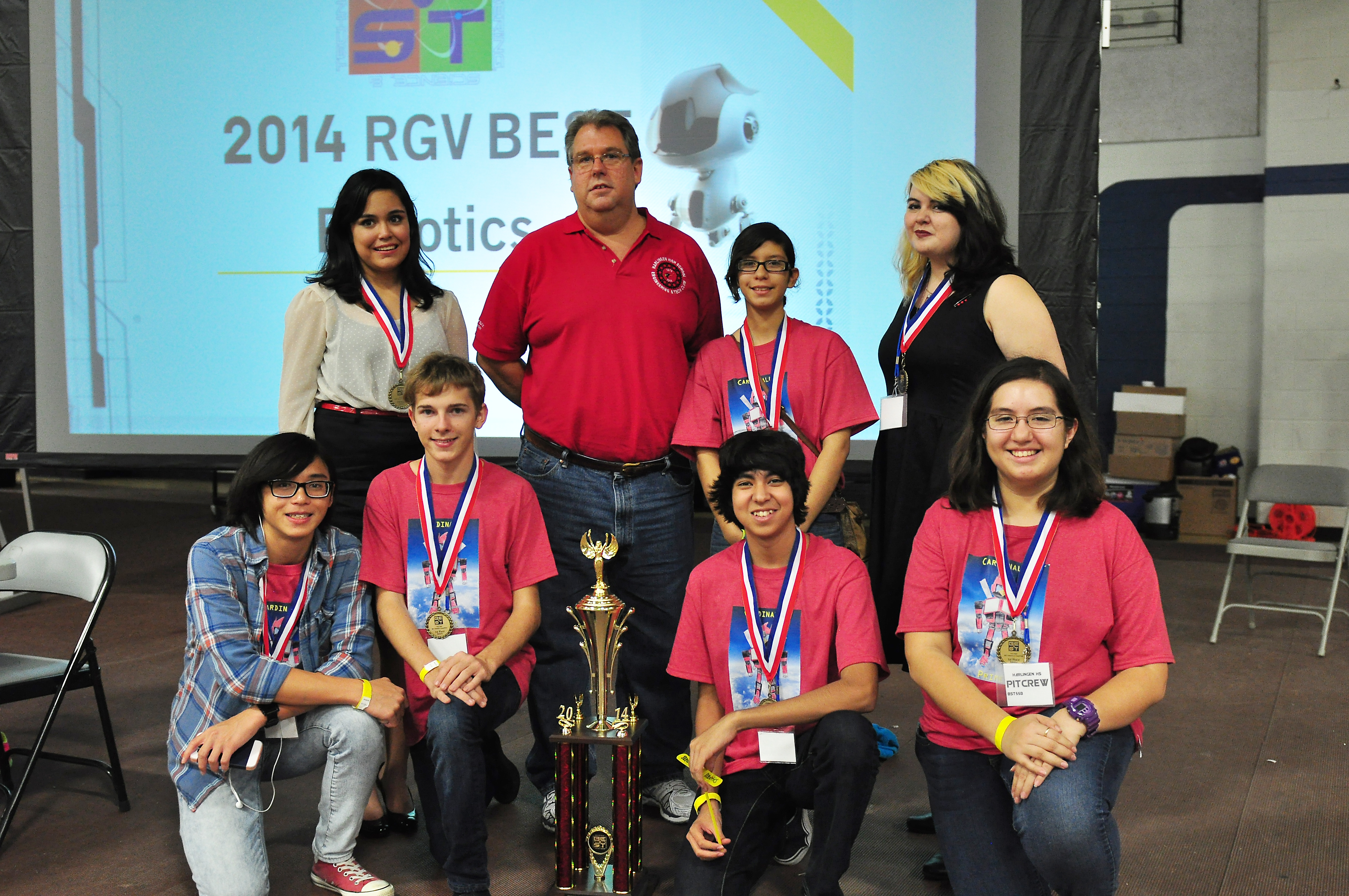 They will be advancing to the Texas BEST Regional Robotics Championship that will take place November 14-15 in Dallas, Texas.

As the team prepares to go head to head with teams at the regional competition, they are planning to keep the same robot design. In the weeks leading up to the competition, they will use what they learned from the local competition to rebuild their robot and create new components.

“I was really concerned when the wheel fell off of our robot,” said team vice president Connor Smith. “We had a few mess ups, but we pulled through. Now we know what we need to tweak for the next competition.”

The regional contest will bring together teams from local hubs in Texas and New Mexico. The objective will remain the same. Competitors will present their solutions for the engineering challenge of transporting components and assembling wind turbines.

“I’m very proud that the team was able to perform so well,” said Paul Tenison HHS engineering teacher. “We look forward to representing Harlingen in Dallas. We hope to do equally well in future rocketry and engineering competitions.”

ECHS won first place for the Best Team Exhibit and Interview and second place for Best Sportsmanship and Spirit. South brought home the Most Elegant Robot award and the Founders Award for Creative Design.