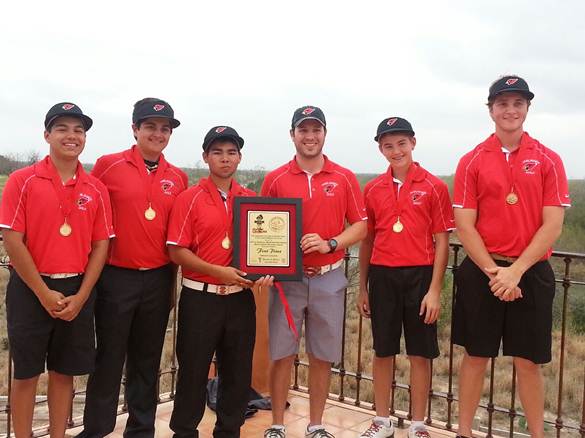 After multiple games, the boys team headed to the finals where they earned first place overall in the competition.  The team had to overcome a difficult 13 shot deficit to earn the title of Border Olympic Golf Champs.

The HHS girl’s golf team will be heading to Laredo to compete at the girls 2014 Border Olympics Tournament this weekend.