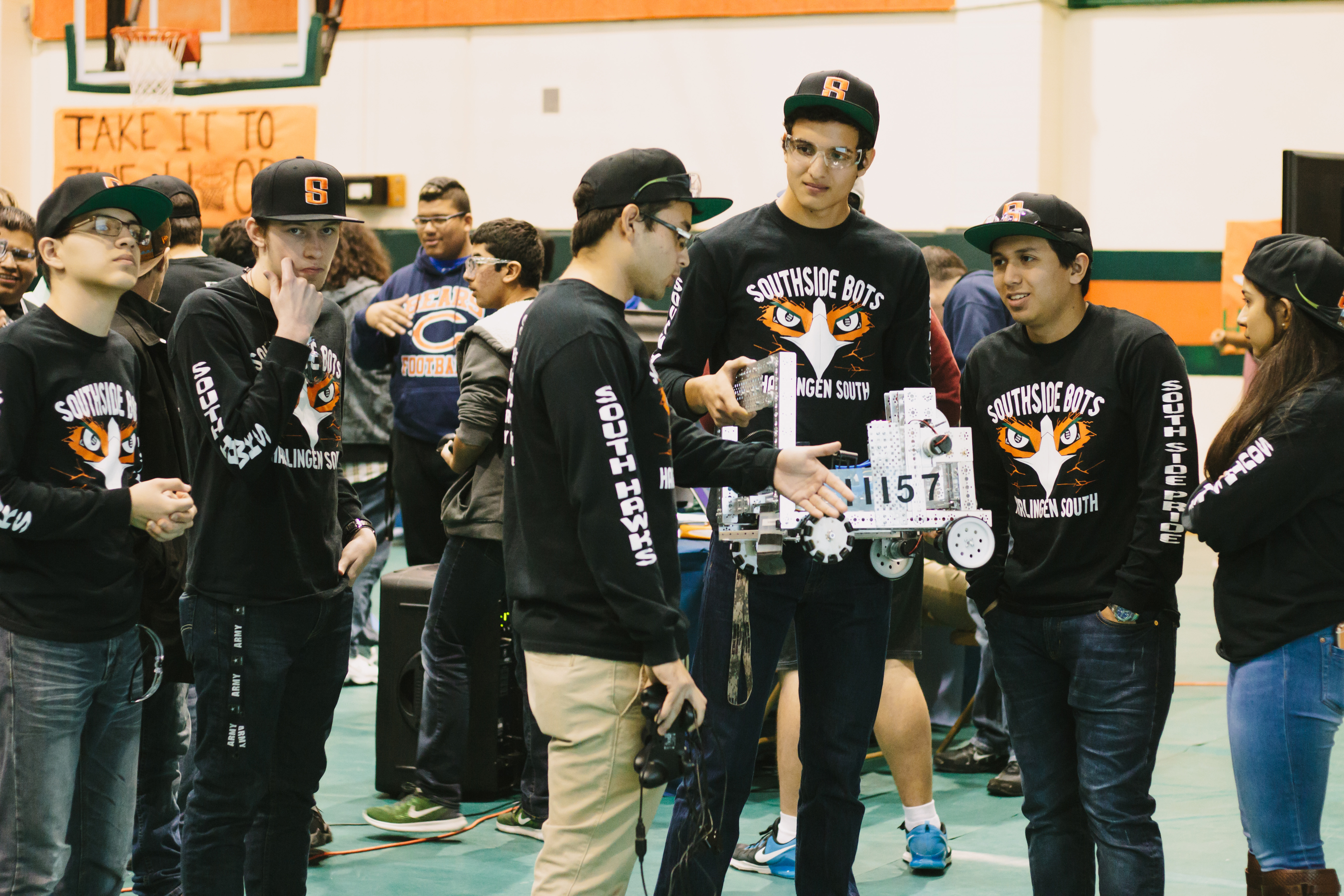 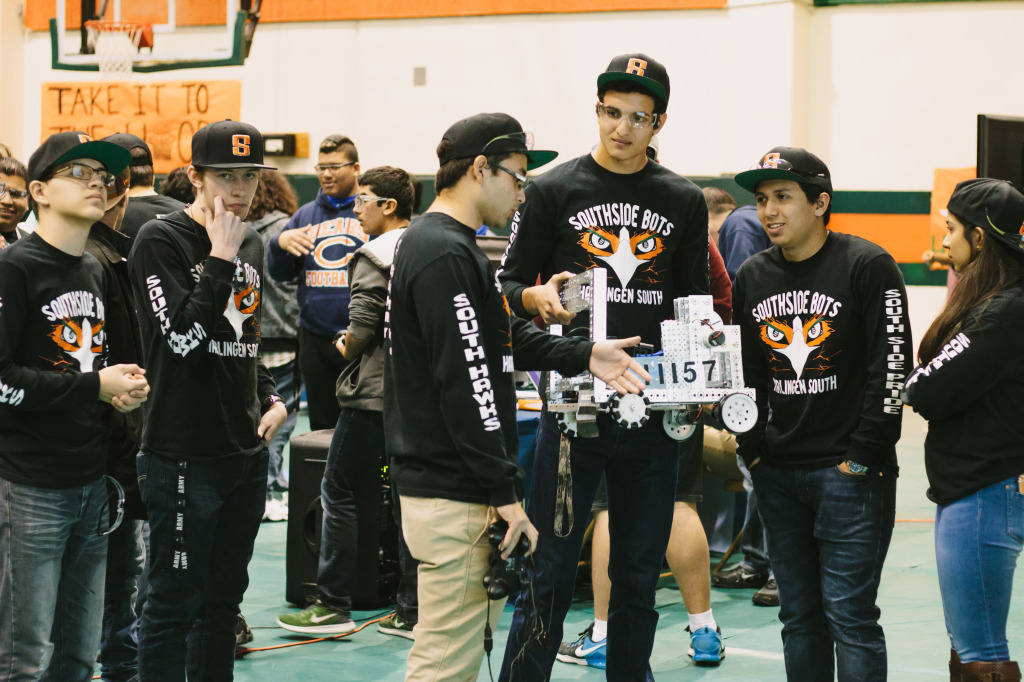 Sounds of cowbells and school chants flooded the Harlingen High School South gymnasium as schools from across the Rio Grande Valley flocked to watch robots do battle on Saturday, January 27. This was no ordinary group of spectators watching a basketball game but Harlingen CISD’s second time to host a FIRST RGV robotics competition.

FIRST RGV is a nonprofit, STEM education program that introduces first robotics throughout the valley.

“We are very thankful to Harlingen Consolidated Independent School District for starting FIRST at Gutierrez Middle School many years ago, and we are proud to pick it up and continue that legacy throughout the Valley, ” said Jason Arms, the Information Technology Director for the City of Pharr and sponsor of FIRST RGV.

With each year, sponsors continue to notice students’ growing interest in robotics as a result of word of mouth through teachers or friends competing in the program.

“Last year we had nine teams,” Arms added. “This season there are 49 teams, and we service more than 2,500 students valley-wide.”

FIRST RGV generates a form of competition that Arms calls “gracious professionalism,” which allows competitors to work side by side with an opposing team to score points to win the match.

Because FIRST RGV is a growing program in the Valley, there are a lot of teams that are new to the robotics scene.

“We have competed with Best Robotics in the past,” said Alias Ortega from ECHS’ robotics team. “This is our first year with FIRST, and they do it pretty well.”

Another student with robotics experience in her back pocket is Senior Vivian Lopez from Harlingen High School.

“This is our first time competing in FTC robotics, but we have taken part in robotics competitions before. I have been competing since my sophomore year,” Lopez said.

Pat Roberts has experienced first-hand the impact this type of competition has had on her daughter Danielle Roberts, a senior at Early College High School.

“She’s advanced so much,” Roberts said. “She would say, ‘Oh I don’t know what I want to do’ and now she wants to get into something with engineering.”

Due to the influence of one of her teachers, Danielle Roberts knows what she wants to achieve.

“Mr. Rigdon wanted me to join the program, and it sounded fascinating,” she said. “I plan on pursuing a bachelor’s degree in marine biology and minoring in marine engineering.”

Senior Nickolas Rodriguez from Harlingen South also thanks one of his teachers for this experience.

“This is my first year in competition,” said Rodriguez. “I became interested in robotics after one of my teachers told me to look into it [robotics].” After he graduates, Rodriguez plans on pursuing a degree in programming.

“We are super proud of the Harlingen teams that showed up today,” said Shane Strubhart, HCISD’s Director of Public Relations and Community Engagement. “They all did extremely well.”

These schools will be competing in the RGV Championships to be held in Pharr, Texas on February 4th, and then the winners will head up to San Antonio to compete for the state title.