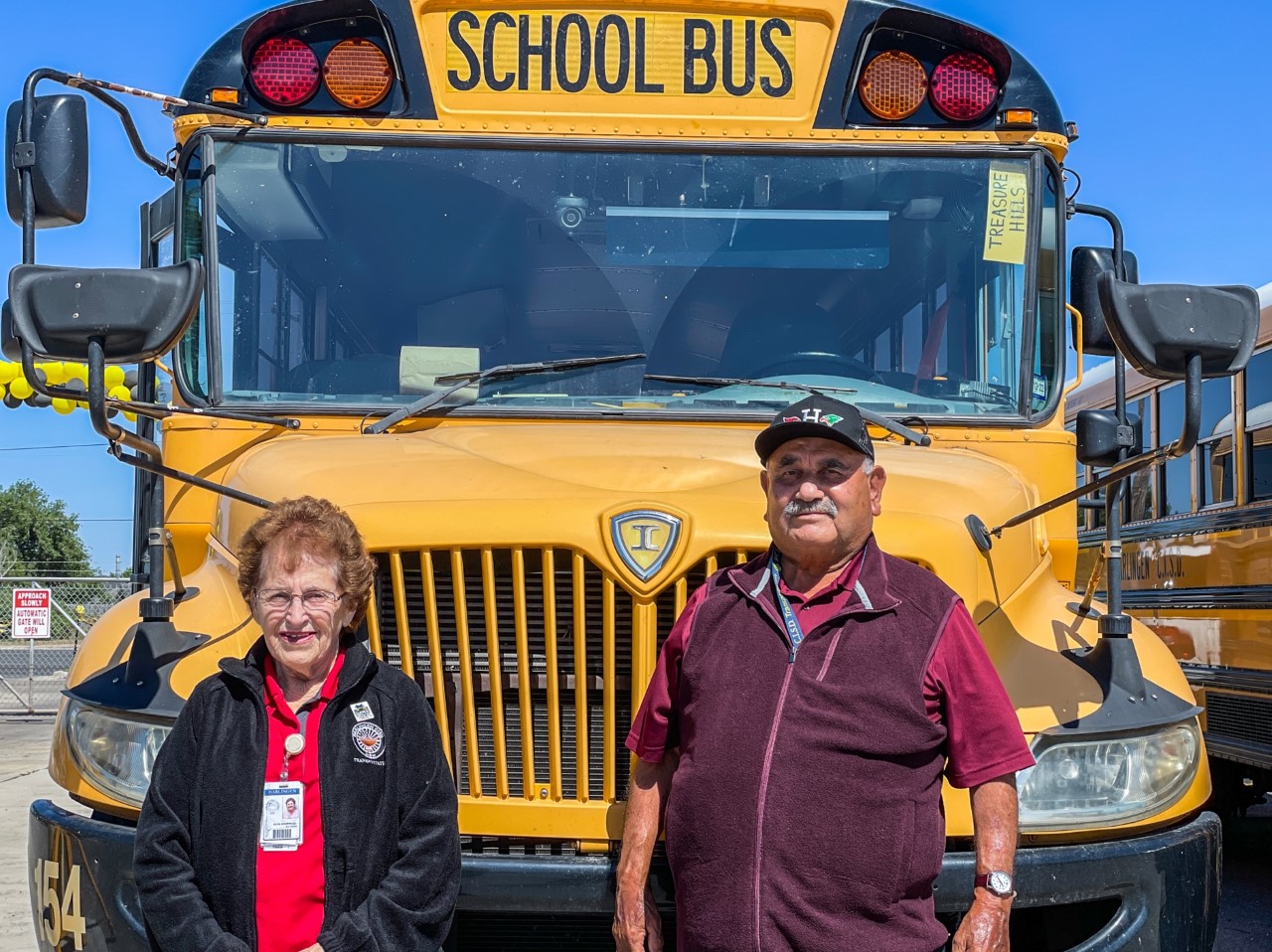 In their 36 years as bus drivers, Manuel Betancourt and Olga B. Rodriguez have safely transported two generations of students to and from numerous destinations including school, home, competitions, and field trips.

Betancourt and Rodriguez began their journey with the HCISD Transportation Department in 1986.

Although they each have their own unique experience as bus drivers in the district, both agree that one of their favorite parts of the job is their daily interactions with the students.

“I tell them good morning, and I enjoy seeing them smile. You know, I had kids on my bus, and then later, when they became parents, I had their kids on my bus,” Betancourt said.

Betancourt was a truck driver before he began his career with the district.

“I used to haul grain and produce,” Betancourt said.

But one day at a Christmas party, he was encouraged by a friend to apply for a position as a bus driver.

“I liked the job,” he said. “You know, you worked five or six days, and then you were home. In trucking, I spent a lot of time outside of the house. So, I liked it here, and I said you know what I am going to make a career out of it.”

Rodriguez was a stay-at-home mom before she became a bus driver.

“Well, I had my daughter here in the school district,” Rodriguez said. “She was still young when I started working, and I couldn’t leave her alone, so I stayed here. Then she graduated. Now, she’s married, and she has a 22-year-old son.”

Rodriguez recalled several instances when she saw her students later in life and how they thanked her for the impact she made on them.

“A student once told me that he was now married and had three kids and he said, ‘I’m teaching them what you taught us to do. They go on the bus, and they have to behave,’ Then, another time, a girl at H-E-B asked me if I remembered her. She said, ‘You used to pick me up when I was in kinder.’ She hugged me and started crying loud. That made me cry. It wasn’t sad, but it was emotional.”’

Over the years and with every mile driven, Betancourt and Rodriguez have created many fond and everlasting memories.

“I have been here for 36 years, and it seems like it was just yesterday when I started,” Betancourt said. “In that time, I met a lot of people. A lot of them have already passed away. I have seen a lot of people come and go, but I am still here by the grace of God. I enjoy my job. That’s why I’m here. I don’t know how much longer I’ll be here, only the Lord knows, but I am hanging in there and taking it one day at a time.”