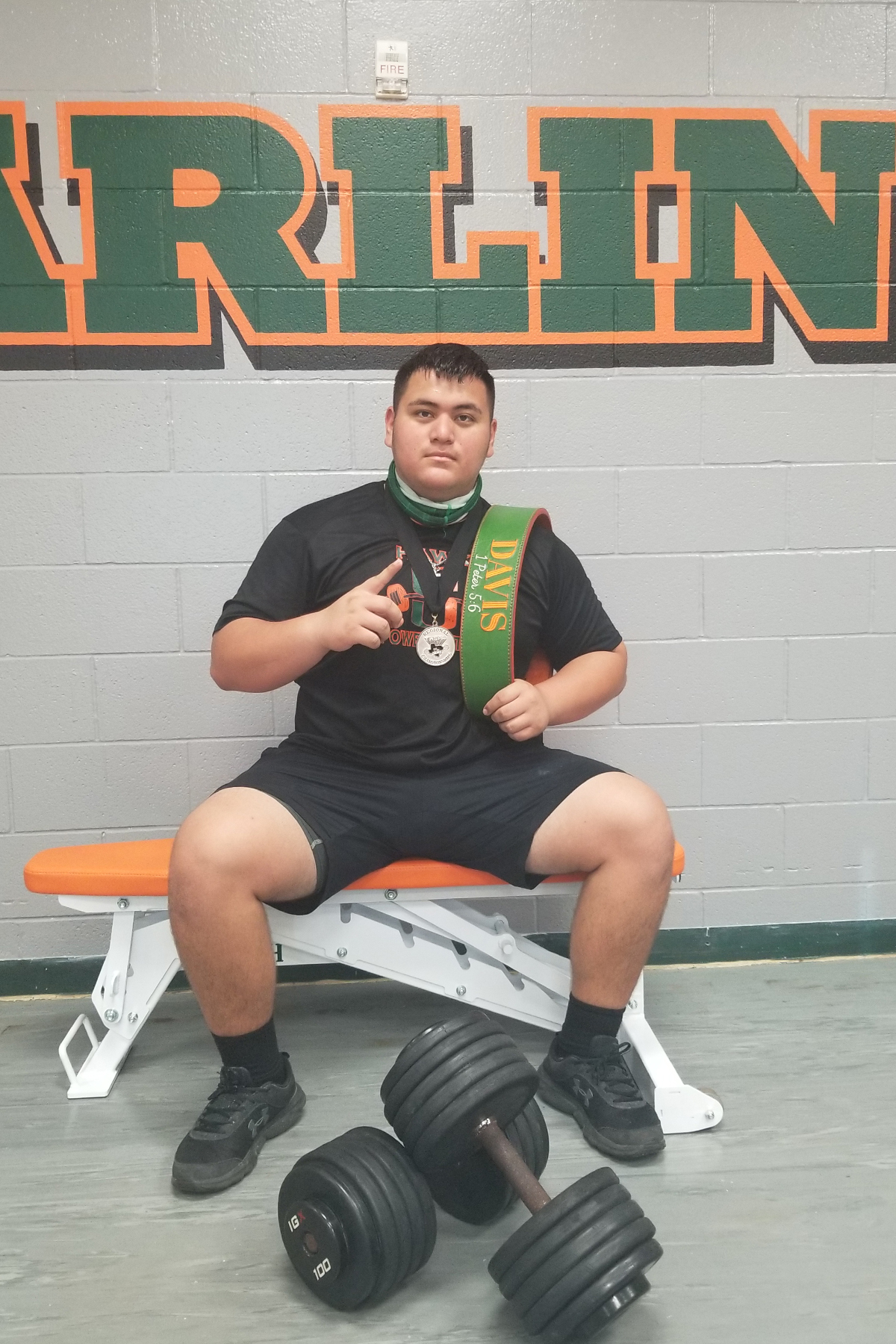 Caleb Davis, a junior at Harlingen High School South began his high school athletic career playing football as an offensive lineman. This year, despite a pandemic, Davis is leaving his mark on the Hawk Powerlifting Program.

As an 11th-grader, Caleb qualified for the Regional Powerlifting Meet by maintaining a top regional ranking and recording a total of 1,575 pounds among the three competition lifts including squat, bench press, and deadlift.

Through hard work, discipline, and commitment Davis has surpassed his expectations. He placed second at the regional meet allowing him to qualify for the State Powerlifting Meet.

Davis will have an opportunity to test his strength against the top lifters in the state on March 27 at the Taylor County Expo Center in Abilene.