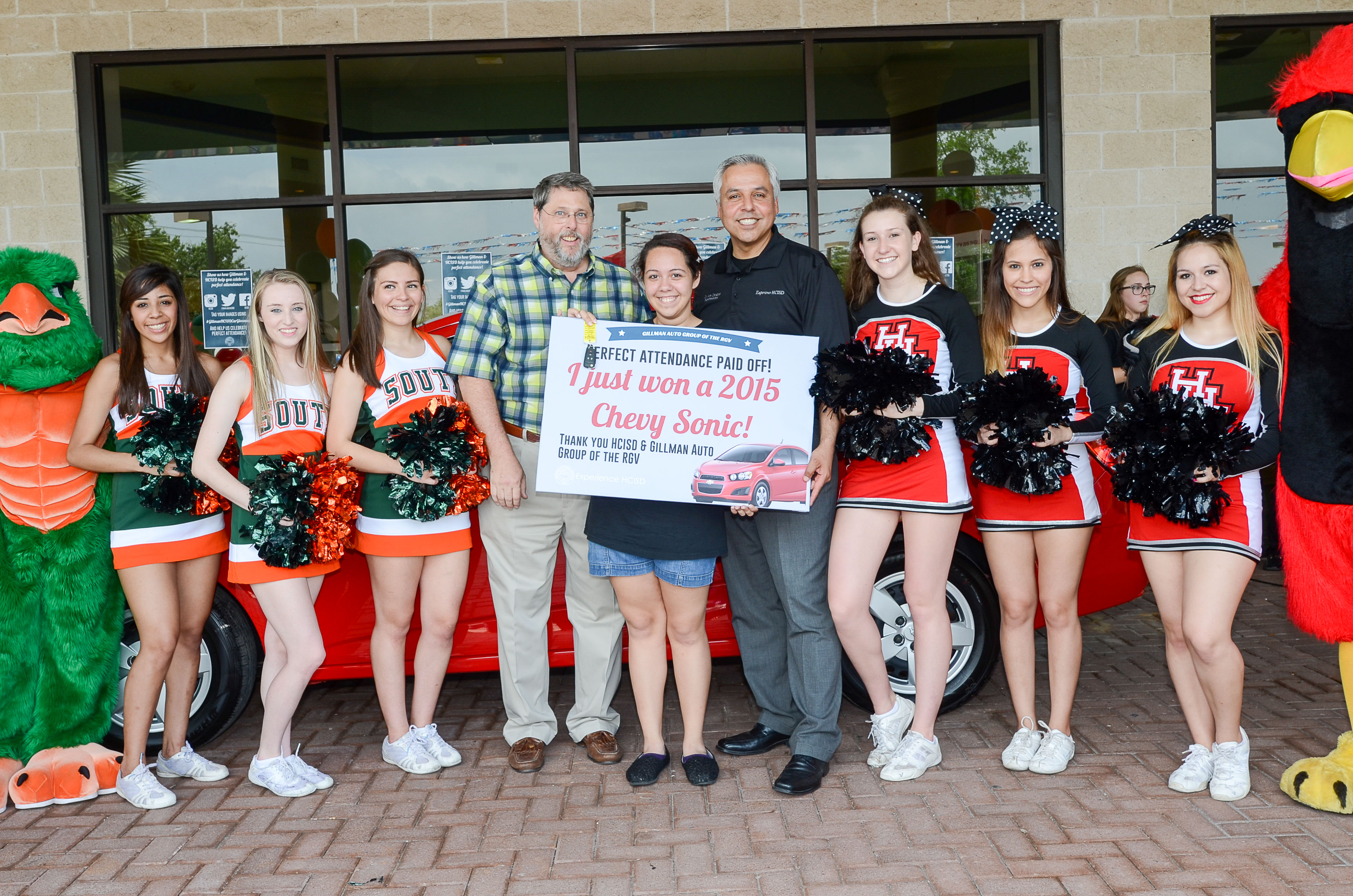 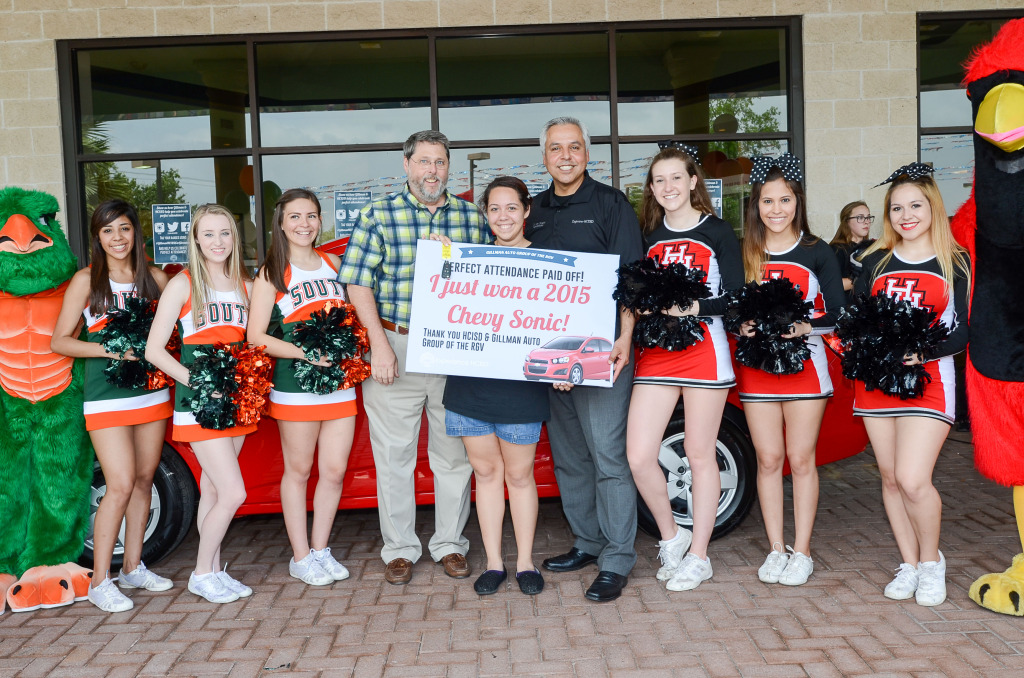 For the third year Harlingen Consolidated Independent School District students can go to class each day knowing that their attendance gives them the opportunity to win prizes and cash rewards for their campus.

The Gillman Auto Group of the RGV and HCISD are beginning their third year of partnership in an attendance incentive program whose goal is to improve student performance and increase average daily attendance and subsequent state funding.

“We continue to emphasize the importance of school attendance at our campuses through our partnership with the Gillman Auto group of the RGV,” said Superintendent Dr. Art Cavazos. “Classroom attendance is correlated with student success and we thank Gillman for their continued support of our students and their academic achievement. We hope to see more students in our classrooms each day as the program grows in community awareness.”

As part of the attendance program, Gillman provides a 2016 Chevy Sonic, 13” MacBook Pro, iPad Mini, Samsung Galaxy Tablet and 40 gift cards, totaling $20,000 in prizes to be raffled off to qualifying high school sophomores, juniors, and seniors.

“If I can win a car, you can bet I’ll be in class,” said Junior Juan Rodriguez. “I know the person that won last year so it makes me think that I can win too. Hopefully it will be me at the end of the year holding the keys to a brand new car.”

Last school year, more than 200 students from 10th, 11th and 12th grade qualified for the final awards ceremony held on May 16. Former junior and current senior at Early College High School, Victoria Oliver, was randomly selected as the winner of the grand prize during the annual award ceremony held at Gillman Chevrolet in Harlingen.

Other prizewinners included Kennedy Boykin and Adriana Turrubiartes who received an iPad Mini and Samsung Tablet, respectively. Adolfo Mateo was also selected to receive a MacBook Pro. Keeping all students in mind as well, 40 American Express gift cards were raffled off throughout the event.

In addition to the prizes from Gillman, HCISD will raffle 72 iPad minis at all high schools and middle schools after each academic quarter for students who have had perfect attendance in the quarter, allowing students who miss for illness during one quarter to be eligible for a reward in a subsequent quarter.

HCISD will randomly select eligible students for the individual awards in accordance with contest rules and district policies for attendance.

For elementary students, HCISD will reward campuses with additional funding for reaching attendance goals throughout the first five, six-week periods with the money used to reward students at the campus level for attendance.

In total, HCISD has budgeted $90,000 for the incentive program and Gillman has allocated $20,000 in prizes.

Complete rules for the program can be found at www.hcisd.org/driveforattendance.