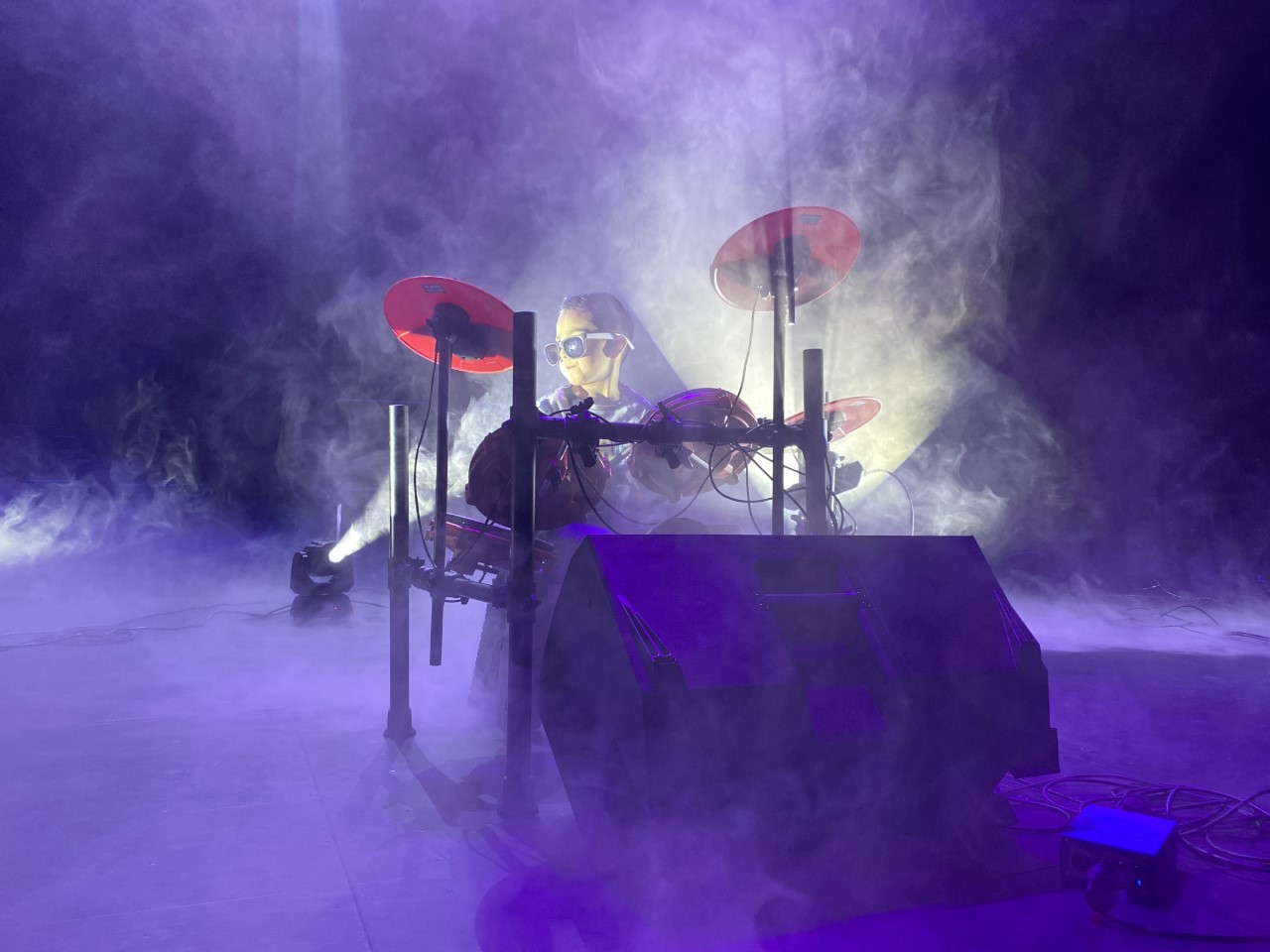 He held the drumsticks with confidence, slamming down on his red and black drum set on the stage of the HCISD Performing Arts Center, keeping the beat of the music that played in the background.

Hernandez impressed an audience of district principals and other administrators who gathered at the Performing Arts Center for a meeting in March.

After his performance, Hernandez was awarded an honorary, early acceptance into Gutierrez Middle School of Arts and Sciences by Principal Mike Reyes.

“Our numbers have been growing, but we wanted to let Ethan know that he has already been accepted,” Reyes said as he handed Hernandez a certificate and gifts from the Gutierrez Jaguar Band.

“He is self-taught,” his father Efrain Hernandez said. “He has been playing for about a year and a half.”

Although the passion for music runs in the family, Hernandez picked up drumming on his own.

“I mean I am a musician, but I am not a drummer and just to see him learn like that and play by himself makes me proud of him,” his dad said.

His father explained how Hernandez’s interest in drumming began.

“We started going to a new church in McAllen and we always sat in the front, so he always heard the drums,” Hernandez’s father said. “One day he was inside his room and he gathered a lot of things and started hitting them. So we bought him some drums for Christmas, and he started playing and watching videos on YouTube. That is how he started.”

Hernandez’s dad held the boy’s face lovingly with one hand and said, “He’s my joy,”

Five-year-old Hernandez responded with “My joy is my friend.”

When Hernandez was asked what he wanted to be when he grew up, he responded, “Estoy chiquito [I am little].”

However, when asked if he wanted to continue to play the drums, Hernandez enthusiastically said, “Yes!”