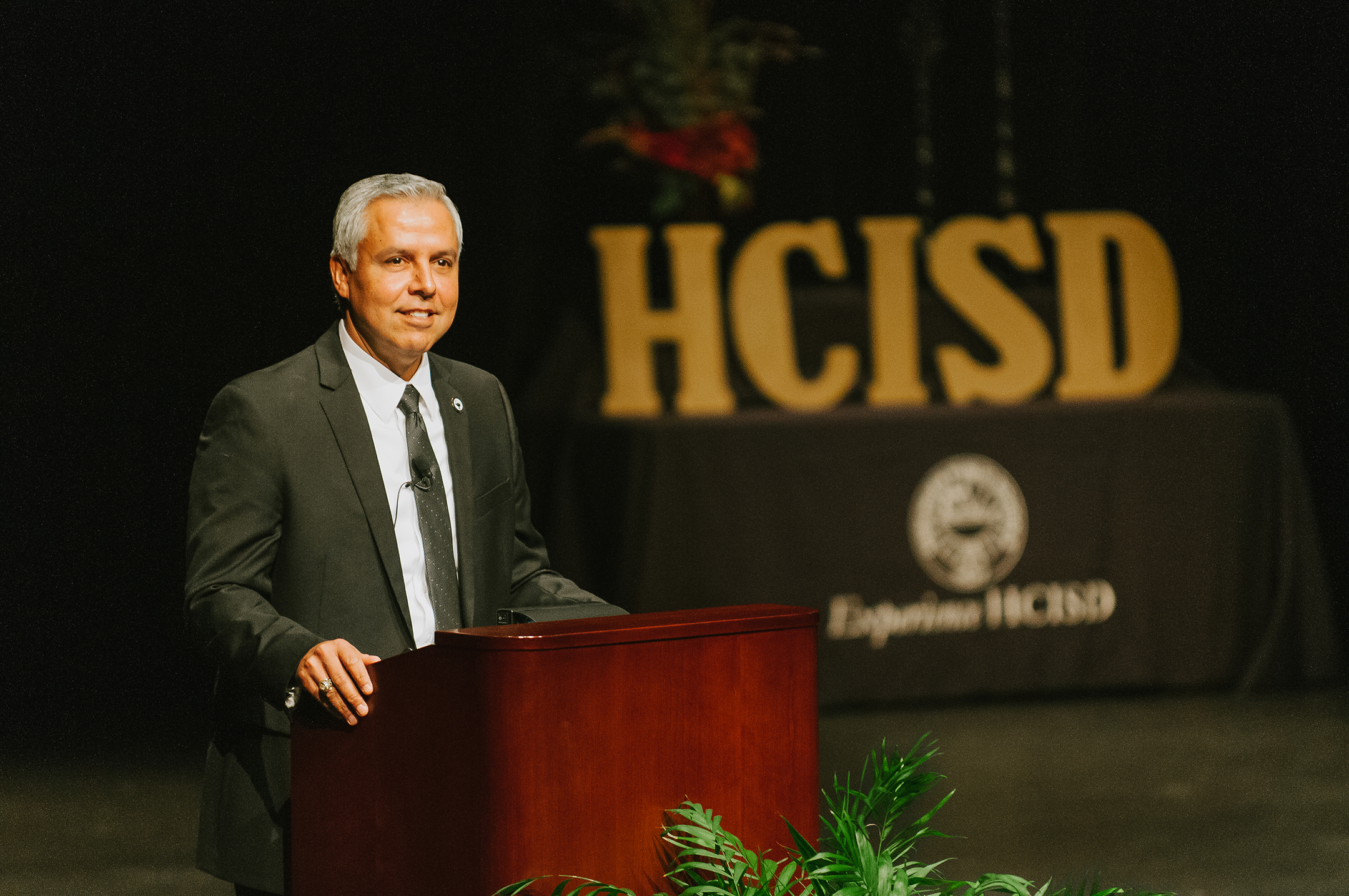 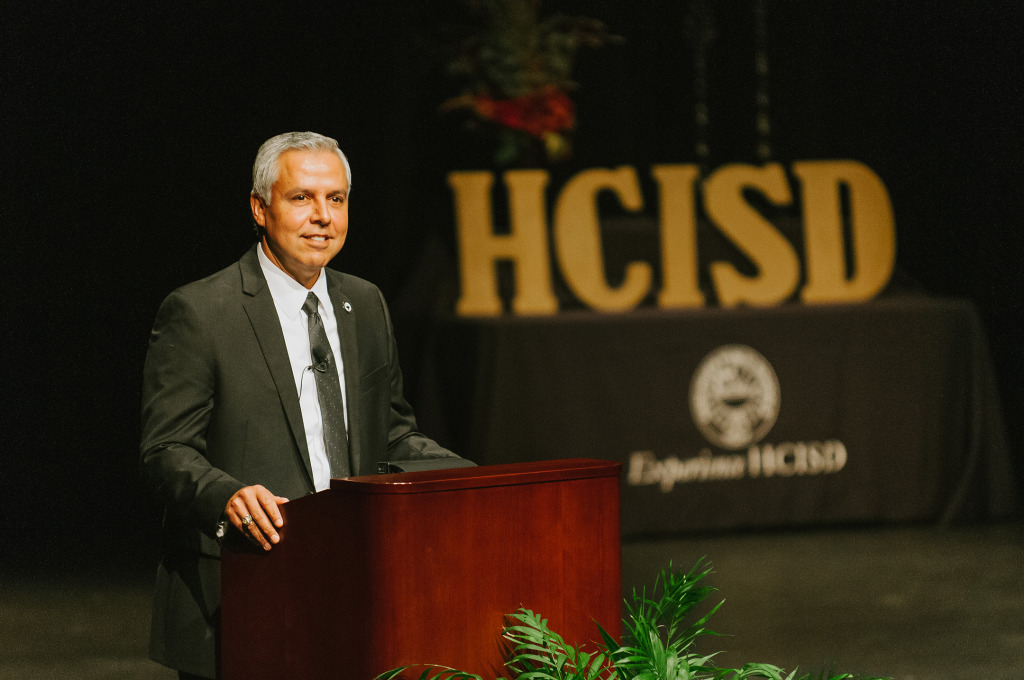 Region One has named Dr. Art Cavazos the 2017 Regional Superintendent of the Year based on the impact he has made as the educational leader of Harlingen CISD.

His leadership style–described as creative, successful, and immediate made him a stand-out candidate. The selection committee also took into account the transformational initiatives that have taken place during his four-year term: a full-scale K-12 Robotics Program, chess teams throughout the school district including a state champion elementary chess team, a district-wide pre-school reading initiative, and a restructuring of the college counseling program resulting in a 100% rate of high school students applying to college or the military.

Harlingen CISD, with a student enrollment of 18,800, and under Dr. Cavazos’ guidance, has demonstrated academic achievement by earning a district “Met Standard” rating for the past three school years and on each of the state’s four indices of Student Achievement, Student Progress, Closing Performance Gaps, and Post-Secondary Readiness.

“It is such an honor to have been selected as the 2017 Regional Superintendent of the Year,” Dr. Cavazos said. “I want to extend my gratitude to God, my family, the Board of Trustees and the entire school community for their support.  My unwavering commitment is for the continued success of the children, the district, and our community. I am humbled by this honor and realize this recognition is a testament to our amazing Harlingen CISD.  I look forward to representing our region in the statewide Superintendent of the Year program.”

Under the direction of the Texas Association of School Boards, the Superintendent of the Year Program recognizes exemplary superintendents for excellence and achievement in educational leadership. The selection of the Superintendent of the Year honor is based on a superintendent’s dedication to improving educational quality, ability to build effective employee relations, and commitment to public involvement in education. Nominations for the regional award were submitted to Region One Education Service Center and reviewed by a select committee consisting of Region One School Board members who completed Leadership TASB training.

“The Harlingen CISD community should be extremely proud of Dr. Cavazos for receiving this honor; it is recognition not only for Dr. Cavazos as the district’s educational leader, but for the entirety of the Harlingen CISD community,” says Region One ESC Executive Director, Dr. Cornelio Gonzalez. “Dr. Cavazos is a model educational leader who is worthy of this recognition and will represent our region well.”

Superintendents from any of Texas’ 1,028 local school districts are eligible for nomination by their school boards. Local nominees are submitted to a regional selection committee, which chooses one nominee to send to the state selection committee. The state committee will interview regional winners in Austin on August 25-26 and select five state finalists. The Superintendent of the Year will be announced October 7 at the 2017 Texas Association of School Administrators/TASB Convention in Dallas.