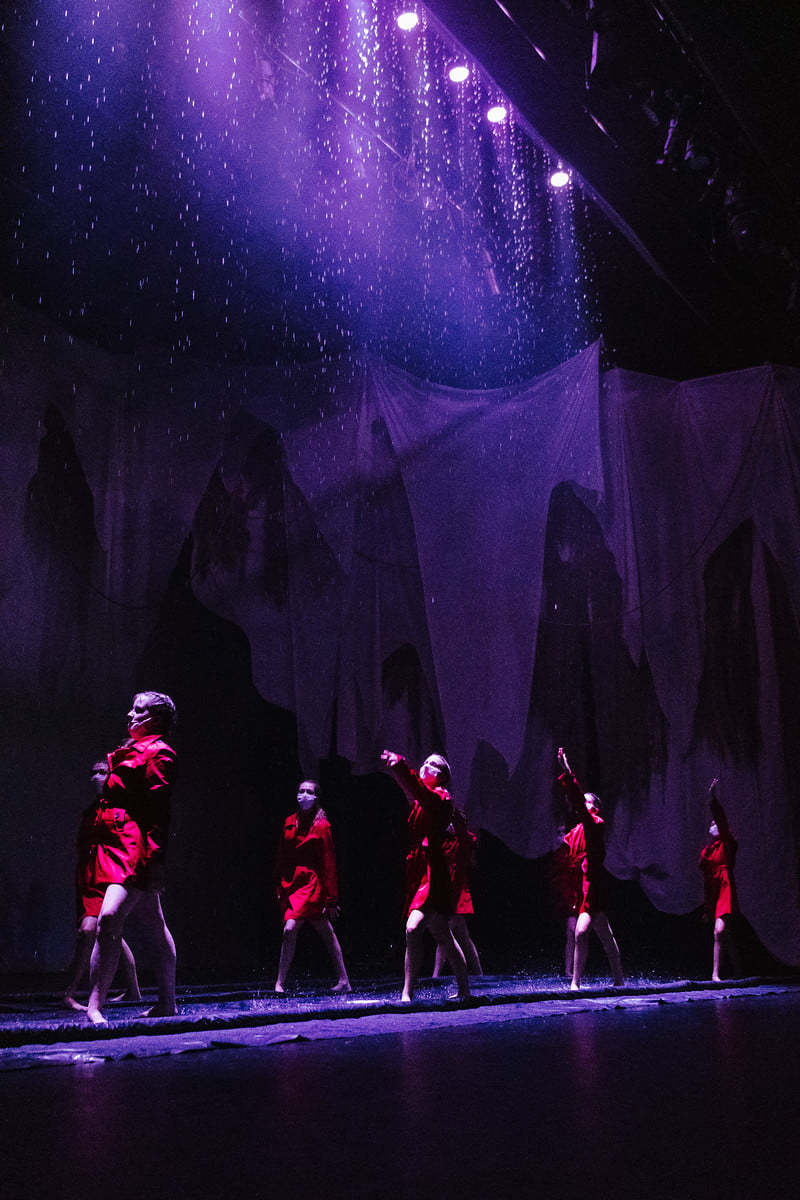 The Harlingen CISD Performing Arts Conservatory students and staff captivated their audience with an immersive experience at their Earth, Wind, and Fire performances.

The show told the story about a family, represented through the elements of earth, wind, fire, and water, going through difficult times. Working together, students and teachers combined incredible dancing, sounds, and lighting to provide a spectacular show. However, set design is what made the show truly come to life.

“Set design tells the story of whatever show we’re doing through the scenic elements,” said Patrick Ulrich, Performing Arts Conservatory Resident Scenic Designer. “Set design is important because the arts themselves are what are helping us to get through this pandemic. We can use that to help distract us from the craziness that is going on and leave this world for a little while.”

Before the show could begin, set designers began working with everyone in the crew to create a scene that would fully immerse the audience into the show.  This included challenging designs that would enhance the elements in the performance.

“We had a scene where we turned on giant fans to blow the curtains, so it would look like an earthquake in one scene; it would look like a tornado in another scene,” Ulrich said. “We actually had rain on stage, and we had to test all of the elements, so we didn’t make a mess or ruin any equipment.”

The success of the show was made possible through preparations, budgeting, time, and effort from the students and teachers working on set.

“I love the artistic side that set design is able to bring,” Ulrich said. “I go from drawing something on the back of a napkin or a receipt, and I just have these little scribbles of an idea, and all of a sudden it’s gigantic on stage, and it’s raining, and I have dancers rolling around and splashing in the rain.”

Set design allows students to show their creative side while collaborating with others on a team to make the show become a whole.

“We at the Harlingen Performing Arts Center in the Conservatory have a tech track where students have an opportunity to work with me in learning all there is to know about scenic design or props design, lighting, and costumes, and we talk about the design process,” Ulrich said.  “So, if there are any students who are interested in this sort of thing, the industry is huge and booming. It [set design] is just something that I wish I would have known about sooner. We’re lucky that here at HCISD we have a tech track at the Conservatory for students to participate in.”