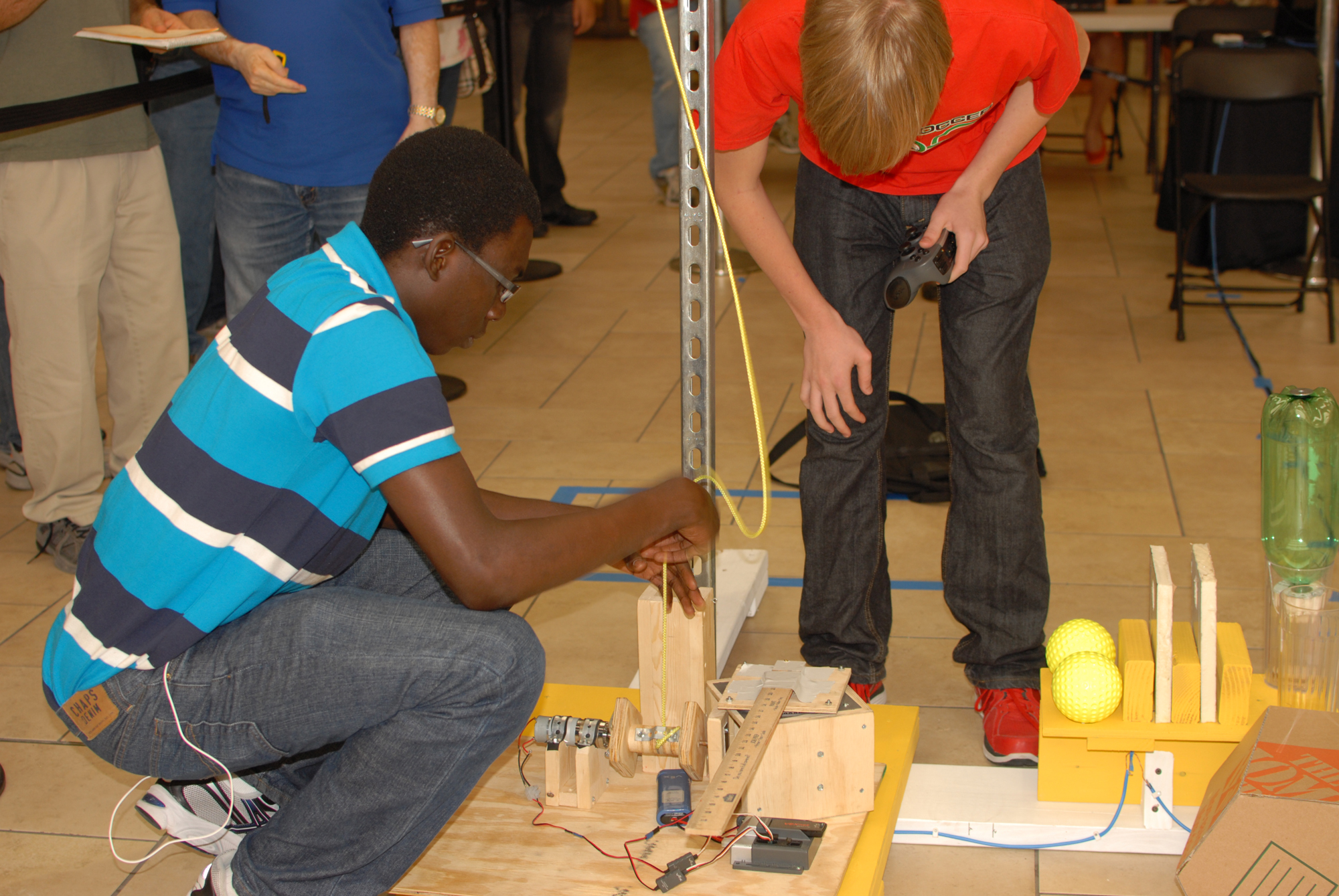 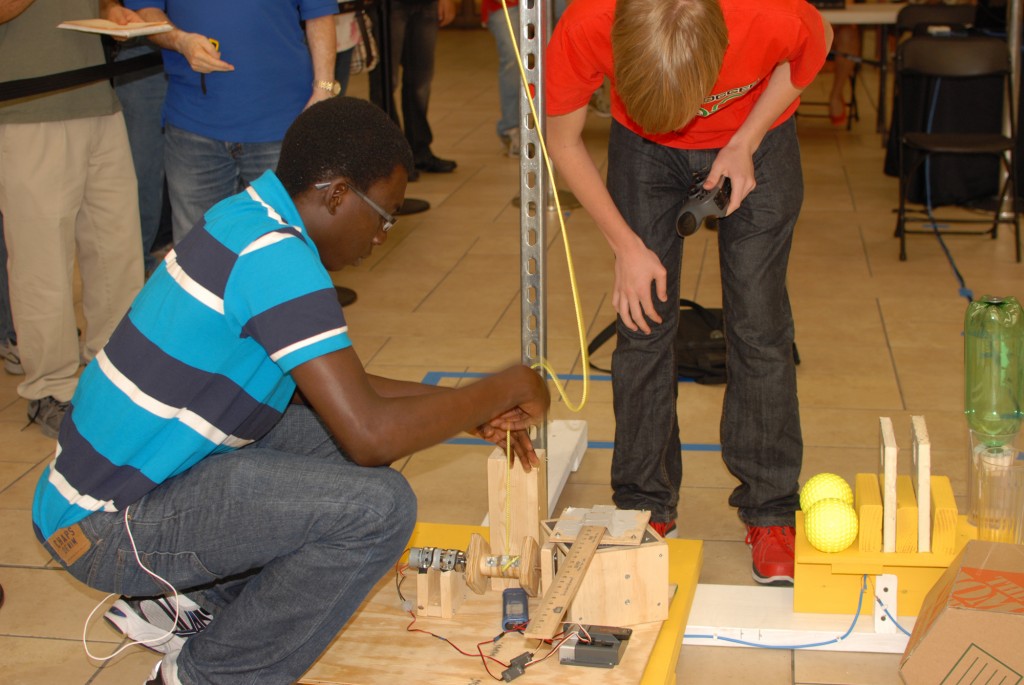 The sounds of gears in motion and remote controlled generators filled the air as high school robotics teams from the Harlingen Consolidated Independent School District and across the Rio Grande Valley gathered to test their robots for upcoming battle on Oct. 13.

“Demo Day is the opportunity for teams to test their robot on the actual course if they haven’t built one at school,” said Zach McNutt, junior at Early College High School. “It helps teams get an idea of how they are going to do on competition day and if the design needs improvement.”

Teams were given ten minutes to practice and measure anything they needed to make accommodations. As each practice period went by, a number of teams made visual adjustments to their robots.

The gathering was the first time teams were able to see their competition, and observe the approach taken in the robots’ design, said Javier Garza, engineering club sponsor and teacher at Harlingen High School South.

“We get to look at the other teams’ prototypes and think about how to improve ours based on their results,” said Austin Wright, junior at Harlingen High School and engineering club president. “It teaches us what not to do as well.”

“It’s a vertical challenge and it’s something we’ve never encountered before,” said Marcos Rodriguez, junior at HHSS and engineering club president. “It had to climb up and down a pole, and that made it pretty difficult when we were brainstorming. After all of the designing, we came up with this pulley system and it has worked smoothly.”

The new requirements reflect the competition’s 2012-2013 theme, which is space. To compete, teams were asked to design and build a prototype that simulated the transportation of cargo and equipment on a space elevator tower.

A total of 14 teams will be participating. HHS, HHSS and ECHS will each have a team competing for the top spot, and a chance to compete at the statewide competition.