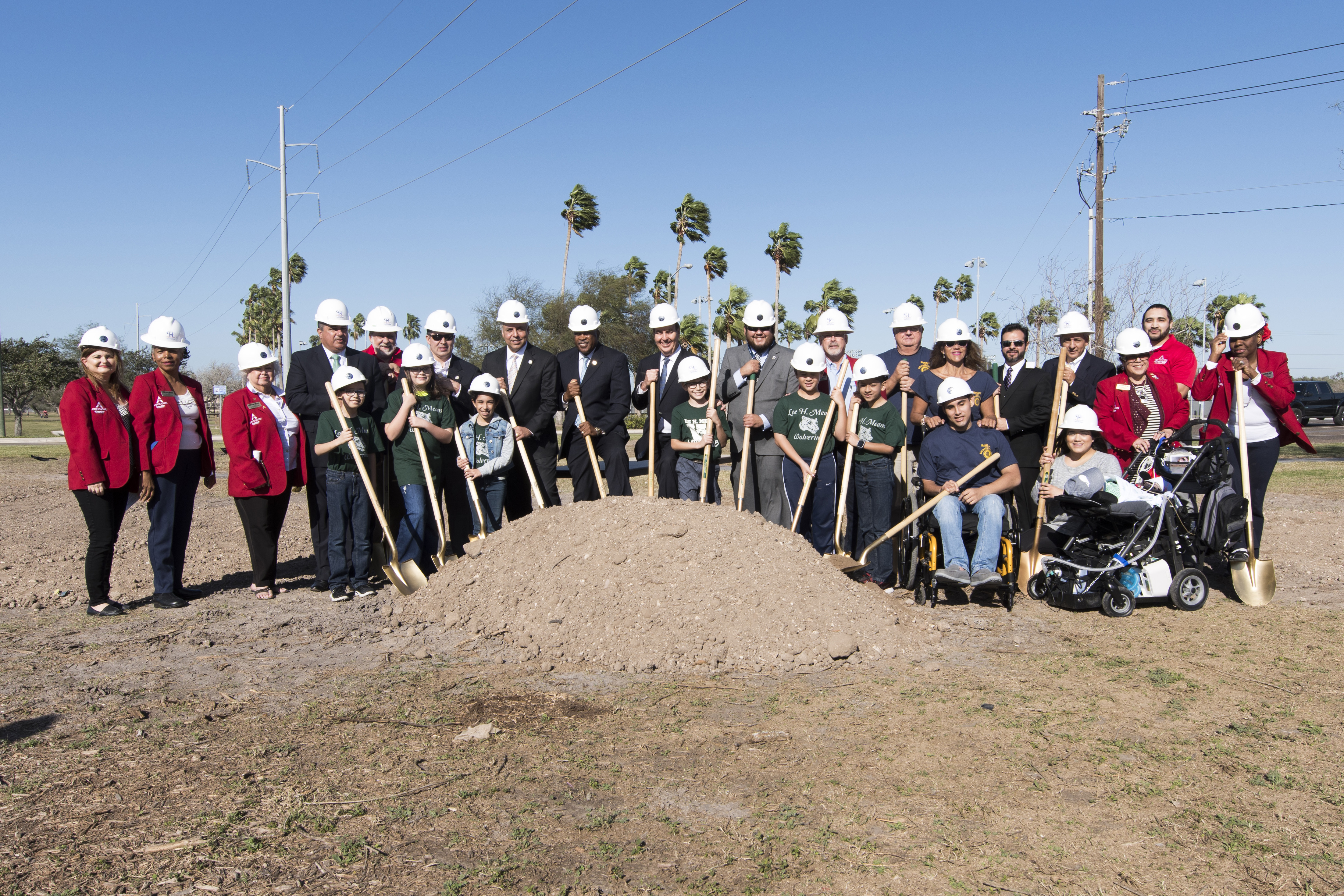 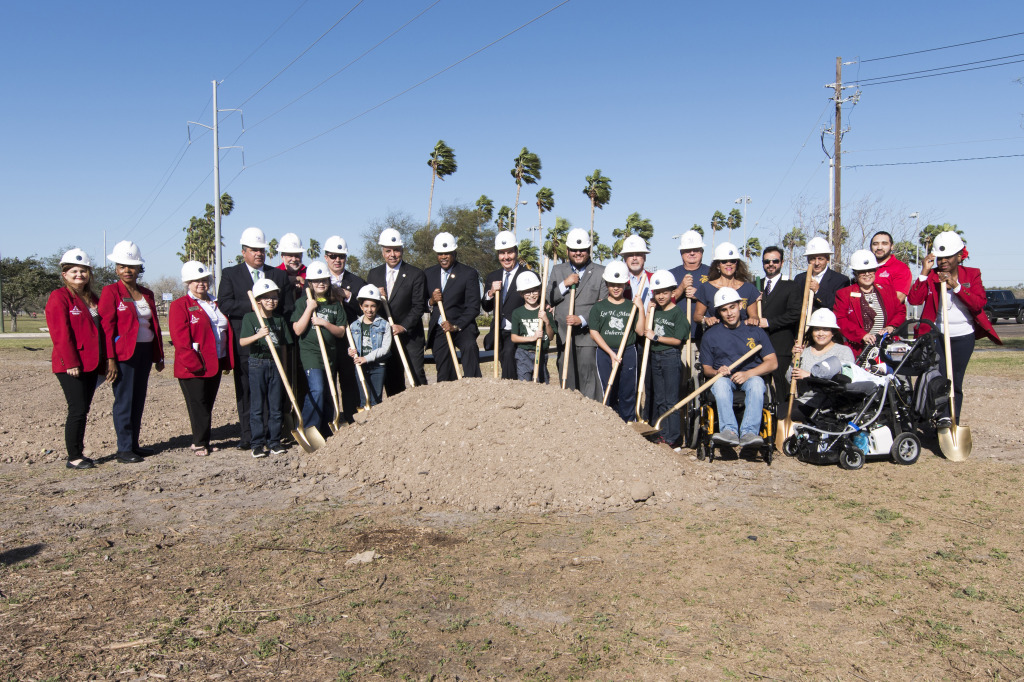 City leaders and community members gathered on January 24 at Pendleton Park to celebrate the groundbreaking for one of three new all-inclusive playgrounds to be built in the City of Harlingen.

“Our community has come together in support of our children of limited abilities by giving them equal access to play,” said Superintendent Dr. Art Cavazos. “Not only will these playgrounds accommodate children’s diverse needs, but they will promote social inclusion by creating opportunities for interaction between children from a wide variety of physical abilities and their families. I would like to thank our community for their approval of the tax ratification as well as our partnership with the City of Harlingen for helping make this project a reality.”

For Kristen Resendez, knowing that her son will have access to a playground just like any able-bodied child, makes all the difference in the world.

“Sometimes you don’t know what other people live through until you must live through it yourself. My son was born with a disease called spinal muscular atrophy which affects his ability to sit up, hold his head, breathe, and eat. He can learn just like any other child, but his body is very limited. Before I had my son, I would never have known to suggest to build something like this. The likelihood of him walking is still up in the air, but having access to a park like this will allow me to bring him to the playground just like any other child. We are excited for his future here in Harlingen.”

Each of the three all-inclusive playgrounds will surpass the basic requirements of compliance with the Americans with Disabilities Act. They will provide access to play for special needs children such as those in wheelchairs, have autism, and hearing or speech impairments among others. Furthermore, they will allow parents and other adults with disabilities the chance to play with their children as opposed to the traditional playground.

The equipment will feature a grouping of musical instruments to encourage kids to create music together, a ramp leading to an eight-foot deck with activities along the way, swings, and tunnels.

The project is a collaborative effort between the Harlingen Consolidated Independent School District, the City of Harlingen, and Harlingen Sunburst Rotary. All three playgrounds are expected to be completed by the end of March 2017.