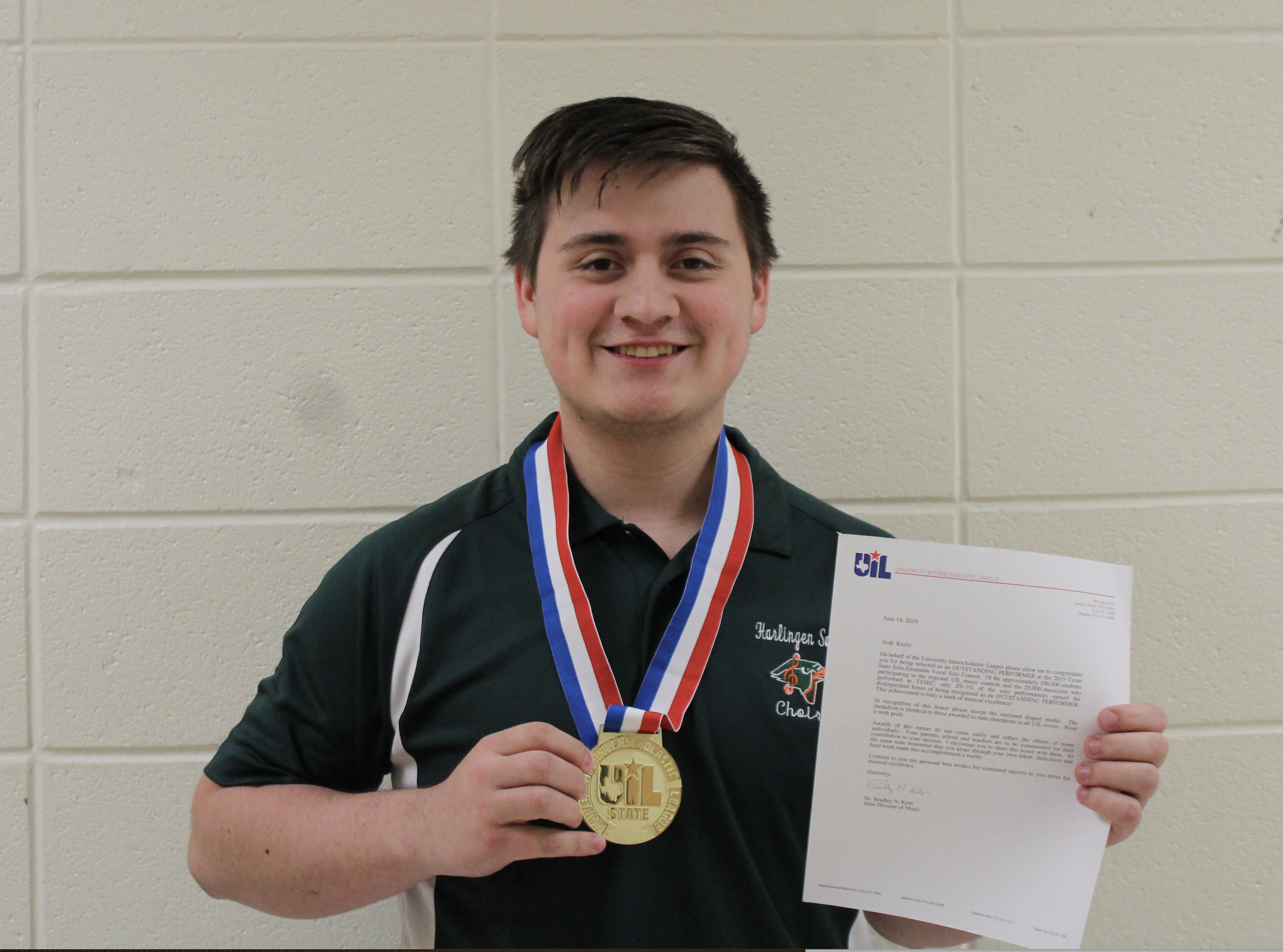 Keele, who competes as a vocal soloist, received the Outstanding Performer Award at the UIL Texas State Solo-Ensemble Contest. He previously received the award as a freshman.

“The award gives me hope that I can do something great,” Keele said as he smiled.

Approximately 25,000 band, orchestra and choir students compete at the State Solo-Ensemble Contest every year, and Keele is among the about three percent of competitors who earned the Outstanding Performer Award.

“Awards of this nature do not come easily and reflect the efforts of many individuals,” the UIL state director of music wrote in a letter addressed to Keele. “Your parents, school and teachers are to be commended their contribution to your success. At the same time remember that you alone, through your own talent, dedication and hard work made this accomplishment a reality.”

The award is given to students across the state who show “superior musicianship,” according to UIL.

Along with hours of rehearsing, Keele’s performance at state was elevated by his ability to connect with the music.

His piece, titled “The Vagabond,” contained multiple movements. The somber story of loneliness conveyed through the music gave Keele many opportunities to add musicality and performative elements.

“It all comes down to the drama,” Keele said. “Through the performance, based on the words, I can do different movements to express the emotions in the piece.”

Keele spent hours practicing for the state competition at his school’s choir hall and at home.

“I’m always one of the last ones to leave the choir hall. I don’t leave until the choir director leaves,” Keele said when asked about the amount of time he spent preparing for the state competition. “To get to something like this, you need practice, more practice than just your regular schedule.”

Keele cultivated this palpable sense of passion for the arts from an early age. He began singing in elementary school years and maintained the commitment to it throughout his middle and high school years.

“My passion for singing really started growing once I got to my freshman year,” he said. “Originally, I wanted a future in computer engineering, but I decided to choose something that I know I would love.”

Keele has been accepted into the University of North Texas and plans to pursue a Bachelor of Music degree. In the future, Keele desires to guide students in cultivating their passion for singing and music.