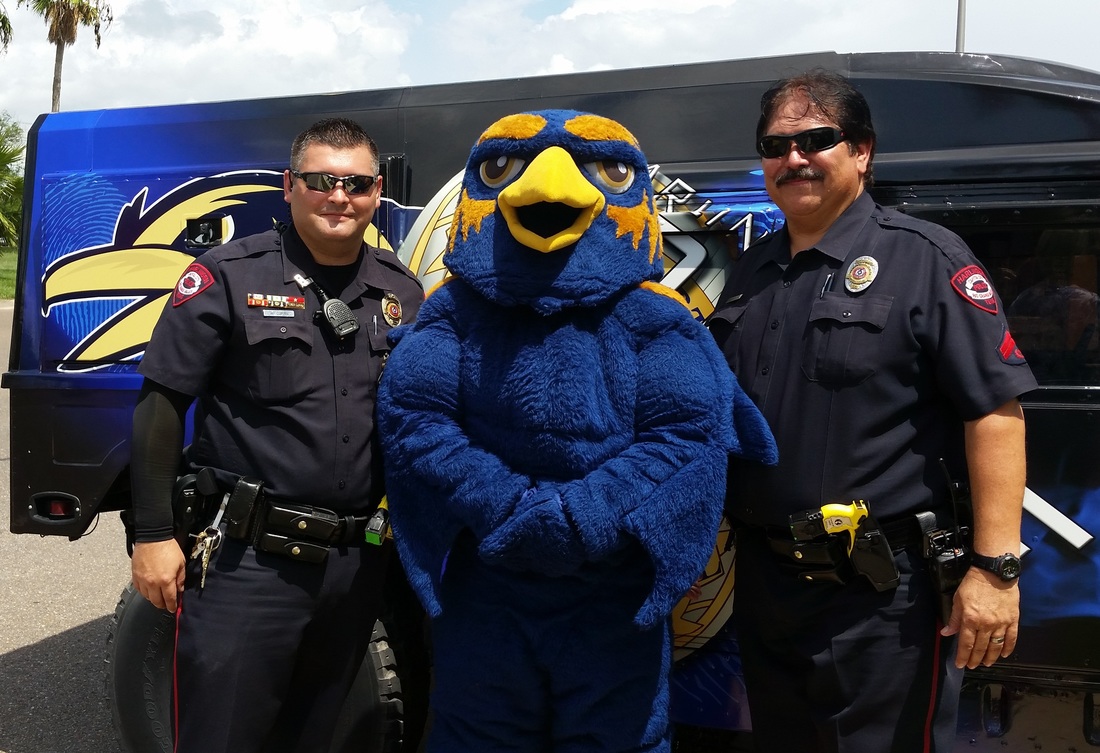 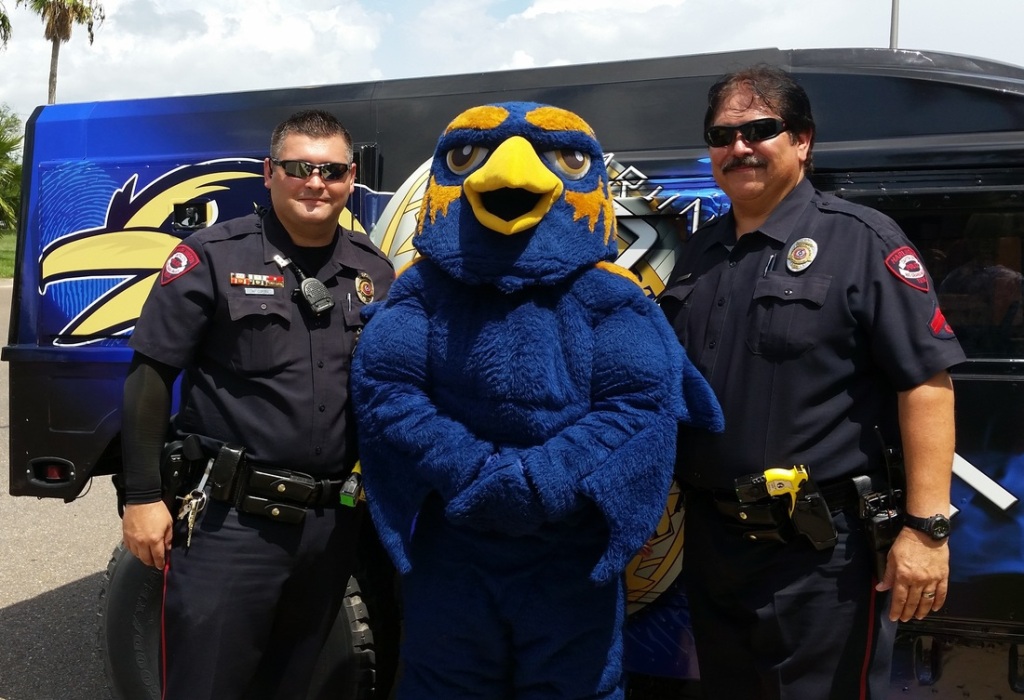 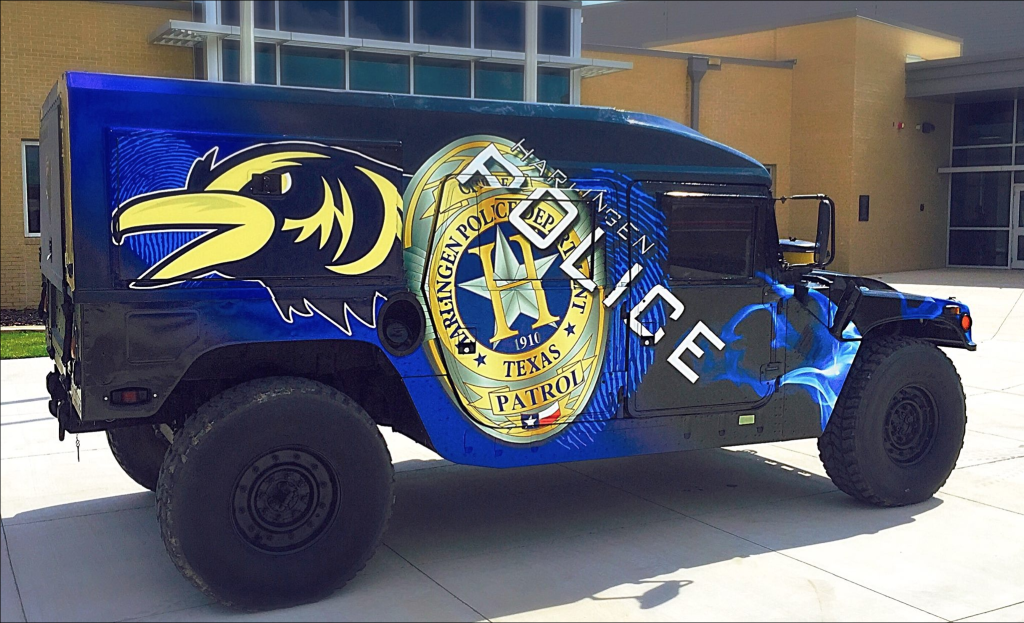 The Harlingen Police Department has assigned the vehicle for use as a CrimeStopper unit. Sponsored by Cano and South Texas Vo-Tech (STVT) in Brownsville, it will serve as an educational element for school and public events as well as rapid response unit for campus grounds.

This recent addition aims to increase Crime Stoppers’ visibility and to make its staff more approachable to students.

“We like the Humvee because of its visibility. We want to show the partnership we have and how strongly we feel about keeping our students safe while they are at school,” said School Resource Officer Robert Curry. “We also hope that students see the Humvee and start asking questions giving us the opportunity to talk to them and bridge that gap between the students and us.”

As a team, the Crime Stoppers do more than take anonymous tips. Charged with the task of keeping their campus 100 percent secure, they oversee a unique program that gets students involved in the safety of their school.

“We have a great partnership between the HPD and the administration staff,” said Officer Curry. “Here at Cano, we oversee the Crime Stoppers program and enforce laws on campus. By giving presentations and bringing in speakers, we let students know about the threats that are out there, how they can face them, and make good choices to help them stay on track.”

Using sponsorships, the Crime Stoppers reward students with cash for tips, events during the school year, and other incentive programs like the Raven Pride Award. The Raven Pride Award is a monthly recognition program that awards students based on three main areas: integrity, dedication and service to the school. Students are nominated by school, staff, and teachers on a monthly basis.

To learn more about the program, visit www.drcanocrimestoppers.com.