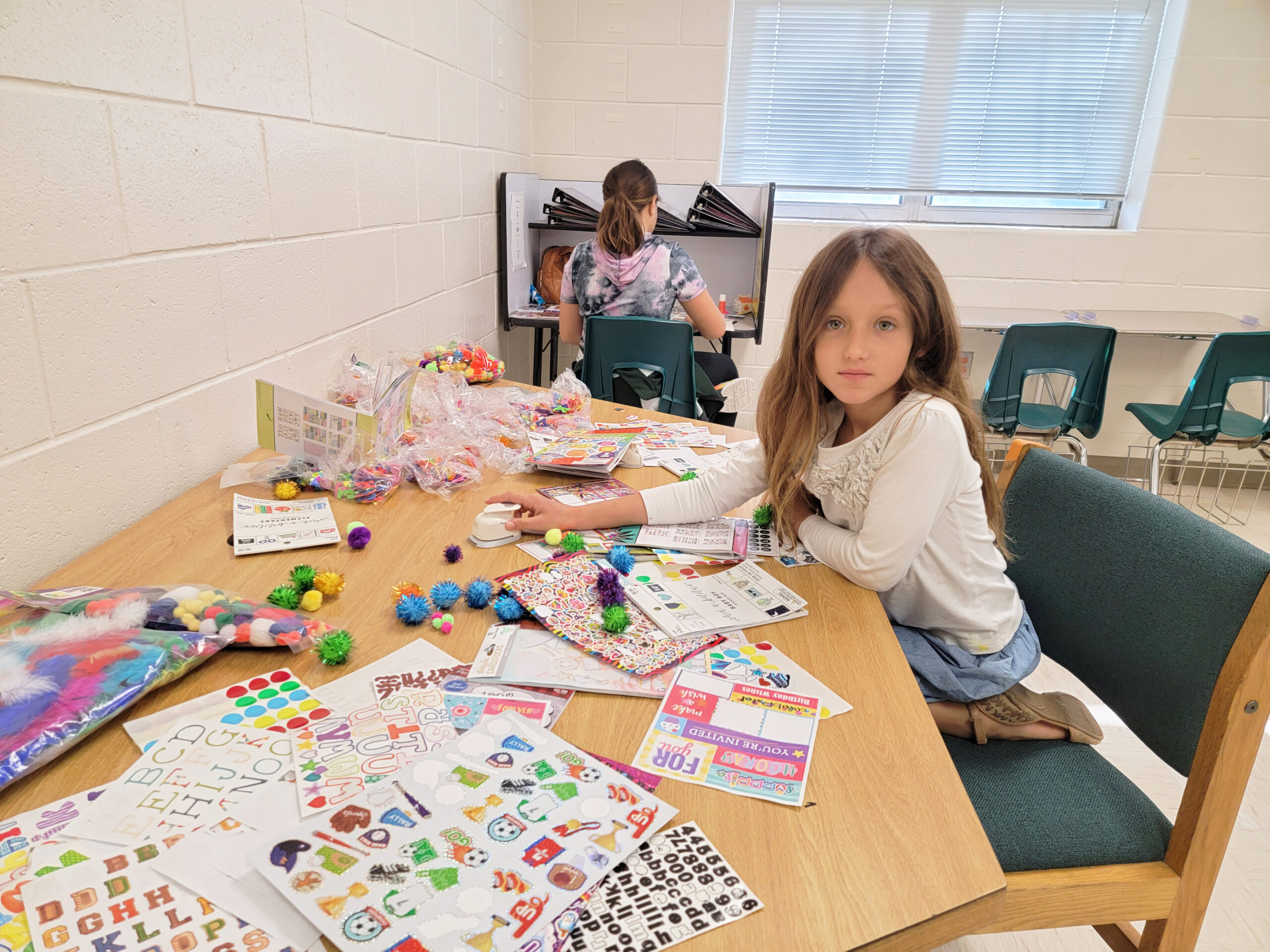 Every year, Beyond the Bell offers engaging summer activities for students. The program features a variety of courses in academics, athletics, and the arts.

“They have been really having a lot of fun,” Beyond the Bell coordinator Jeanne Jimenez said. “I think it’s also because they have been cooped up at home and being virtual, so it’s been nice to have them back face-to-face this year.”

Most of the courses were held at Gutierrez Middle School of Arts and Sciences. Some of the new courses available this year were, It’s in the Fold, Reader’s Theatre, Recorders Karate, Algebra 1, and Scrapbooking.

“The classes filled up really fast,” Jimenez said. “A lot of the parents are asking for more. Right now, we have fifteen students to one teacher.”

Judy Garcia, a teacher at Harlingen High School taught the scrapbooking class. In this class, students focused on cutting, pasting, and adding photos and stickers to their scrapbook pages.

“They are having a fun time just creating because every scrapbook looks very different,” Garcia said.  “I have gotten a great response from the parents. Nowadays, no one really prints pictures, so this is a nice opportunity for them to get the pictures that they have on their phones.  I am also including a lot of blank pages so when they go home, they can continue.”

Down the hall, in the It’s in the Fold classroom, students learned how to create art out of books. Some students made a heart design while others made a hedgehog by folding pages in certain patterns.

“I am working on the hedgehog,” fifth-grader Bailey McHugh said. “I thought it would be very cool to join this class because I like arts and crafts.”

Next door, middle school students worked on their math skills.

“I decided to take this course because I wanted to advance my learning in algebra since I had some trouble with it in seventh-grade,” eighth-grader Idali Cavazos said.

At the end of the hall, fourth-grader Lucien Barajas was participating in Recorder Karate. In this class, students earned belts for every new song they learned. The belts were colored strings that students tied to their recorder as they mastered new levels.

“I like ‘Hot Cross Buns’ because it is interesting,” Barajas said. “It’s fun and I like to annoy my sister by practicing it. Today we are going to try to get the third belt which is the orange.”

Down a different hall, in the Hablemos Español class, a group of children counted to 20 in Spanish.

On stage, in the school cafetorium, students practiced a scene from “Toy Story 4.”

“I decided to join this class because I really like acting, and it is super fun,” fifth-grader Genesis Vergara said. “And the teacher is super awesome. I would tell anyone who wants to join that they should because it will help them get over their fear if they are shy.”

Some of the other Beyond the Bell courses at Gutierrez Middle School of Arts and Sciences were Growing up Wild, Science Exploration, and Little Dribblers.

“I love doing this every summer,” Jimenez said. “I have been doing this for the last few years and every year it’s growing. Our numbers grow, our classes get a little more diverse, and we also get students from outside of the district. By the end, they become students of our district.”