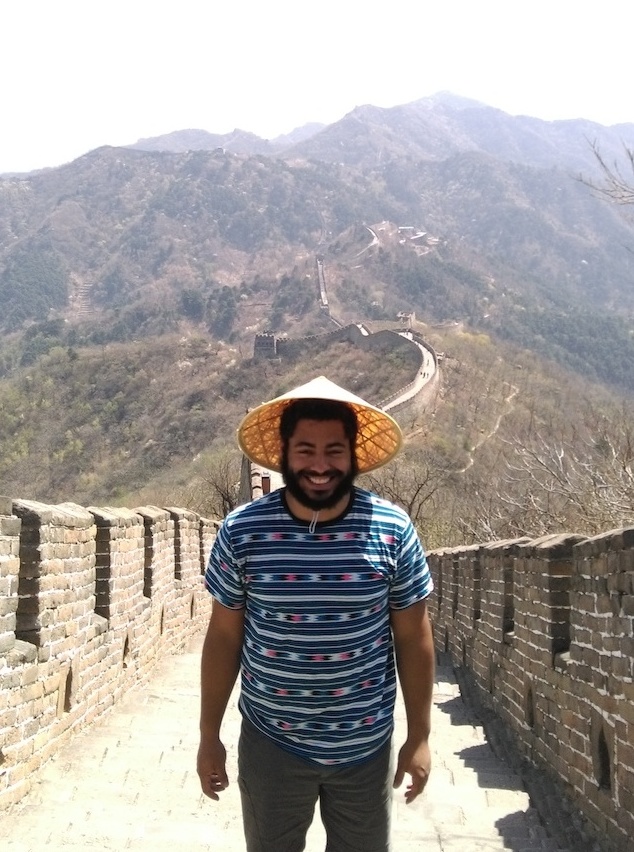 According to the comprehensive language reference catalog Ethnologue, Chinese is the most widely spoken language in the world, spoken by 1.2 billion native speakers. It is no surprise that 23-year-old, language enthusiast Marshall Irby has chosen to pursue a complex and intricate study abroad program in Shanghai, China. In retrospect, his educational route was set in motion as a kindergartener in a dual language program, where at a young age he had already been exposed to English, Spanish, and sign language.

“It’s been in his heart’s desire to learn as many languages as possible,” shares Irby’s mother, Dr. Lisa Irby. “He has always been a very thoughtful, wise, and astute observer regarding life and human interactions. Things that interested and intrigued Marshall prompted him to seek knowledge on his own.” She describes her son as an avid reader motivated to teaching himself, inspired by the information age and technology.

Dr. Irby relates how they assembled a bilingual school yearbook for Irby’s kindergarten class and asked each student the age-old question: “What do you want to be when you grow up?” Five-year-old Irby responded, “I want to learn as many languages as I can. When I am older, I will also learn Japanese.”

Driven by his love of foreign languages, literature, and culture, Irby sought to participate in a study abroad program with the University Studies Abroad Consortium in Shanghai in the spring semester of 2015. He proceeded to graduate with a bachelor’s degree in International Studies from Texas A&M University this past May.

“Constant vigilance tied into being a good communicator and listener is really the key to being abroad and learning in a totally different atmosphere,” shares Irby about his experience. “It isn’t for everyone, but I love every minute of it.” The program offers intensive Chinese language courses ranging in different proficiency levels. Irby’s course schedule included advanced Chinese language classes, international marketing, Chinese international relations, and a cultural class designed to help students familiarize themselves with the region.

“The most challenging part of it all is definitely the application of learning a foreign language,” says Irby. “There’s one thing learning a language and another entirely separate thing is applying it—the jargon, cultural nuances, etc. If you know that, you truly know the language.”

While abroad, Irby participated in the Confucius Institute, an educational organization affiliated with the Ministry of Education of the People’s Republic of China, whose goal is to promote Chinese language and culture worldwide. In association with Texas A&M, the Confucius Institute serves as a resource to strengthen educational ties with China. The organization strives to increase cultural, academic, and scientific connections with China while providing students the platform to develop an international mindset, thus better preparing them for a global future.

It was through his involvement with the Confucius Institute that Irby had the opportunity to develop relationships leading him to a network of professors and colleagues specializing in Asia. He was subsequently awarded the China Scholarship Council Government Scholarship, a highly coveted award financed by the country of China, where the government directly chooses the recipients based on recommended applications.

The South graduate proudly names his mother as his deepest inspiration and a key participant in his education. “Ever since I told her I wanted to learn different languages and travel from a very young age, she has always supported me and encouraged me to achieve my dreams,” says Irby. Dr. Irby has been a long-standing member of the Harlingen Consolidated Independent School District, sending her son to attend Coakley Middle School and graduate from Harlingen High School South.

“Our role as a parent, the child’s first teacher, is to talk to our children—be attentive to their words, actions, and interests,” shares Dr. Irby. “Above all, to provide a loving, strong, and safe home environment wherein our children know they are supported and encouraged to achieve their dreams.”

“The most memorable moment of my experience being abroad is that I knew deep down, I would be abroad to China again in some form or fashion,” says Irby. “I knew it was just the beginning of an awesome adventure.”

Irby intends to participate in relevant field studies and internships in the next three years he spends in Shanghai, with hopes of consequently securing a job and engaging in a doctoral program. He is set to arrive in Shanghai August 25.