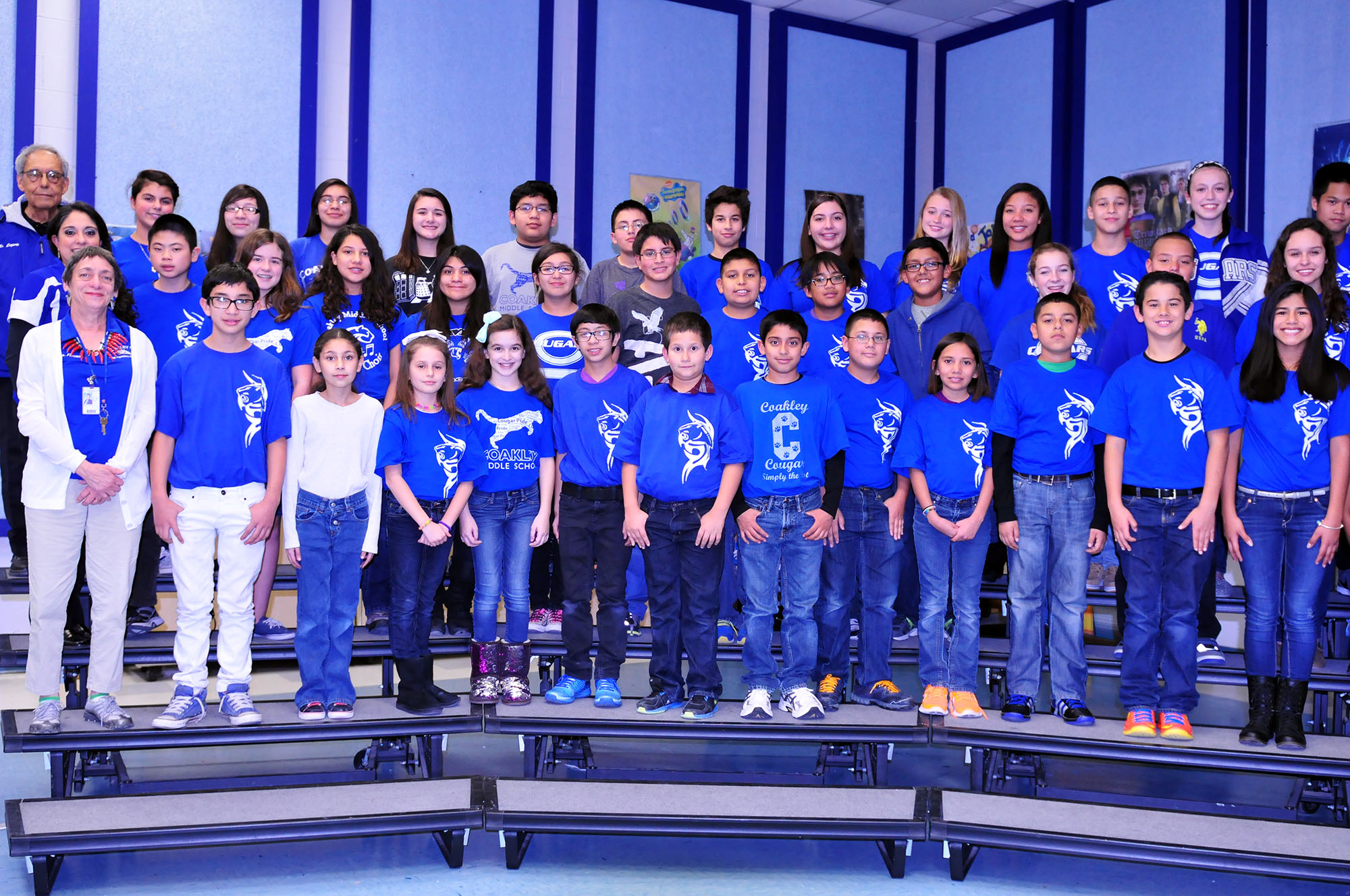 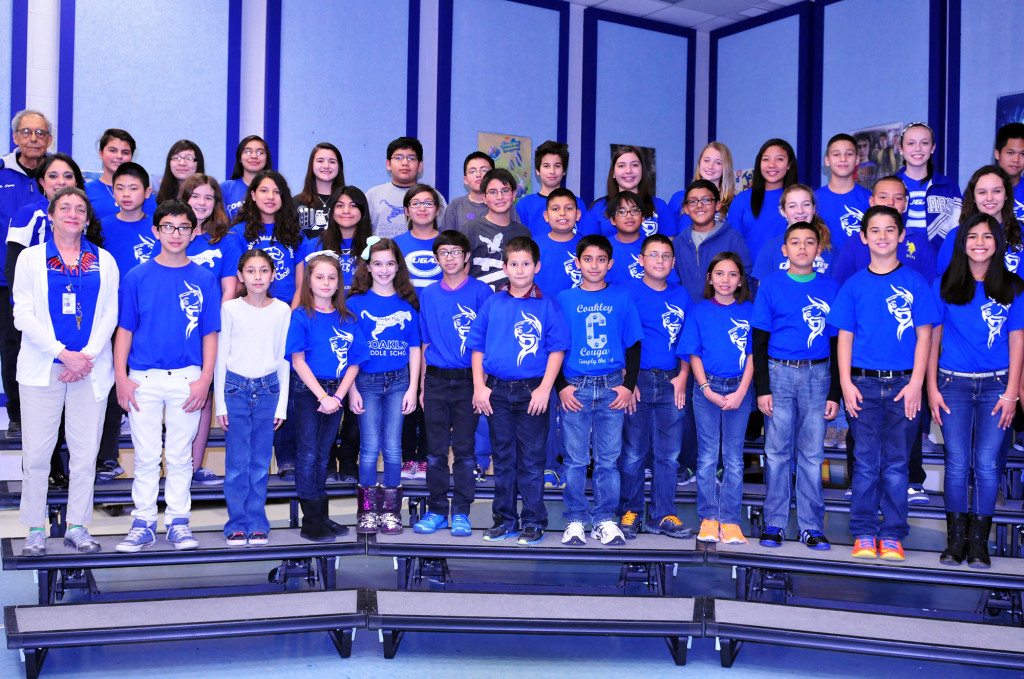 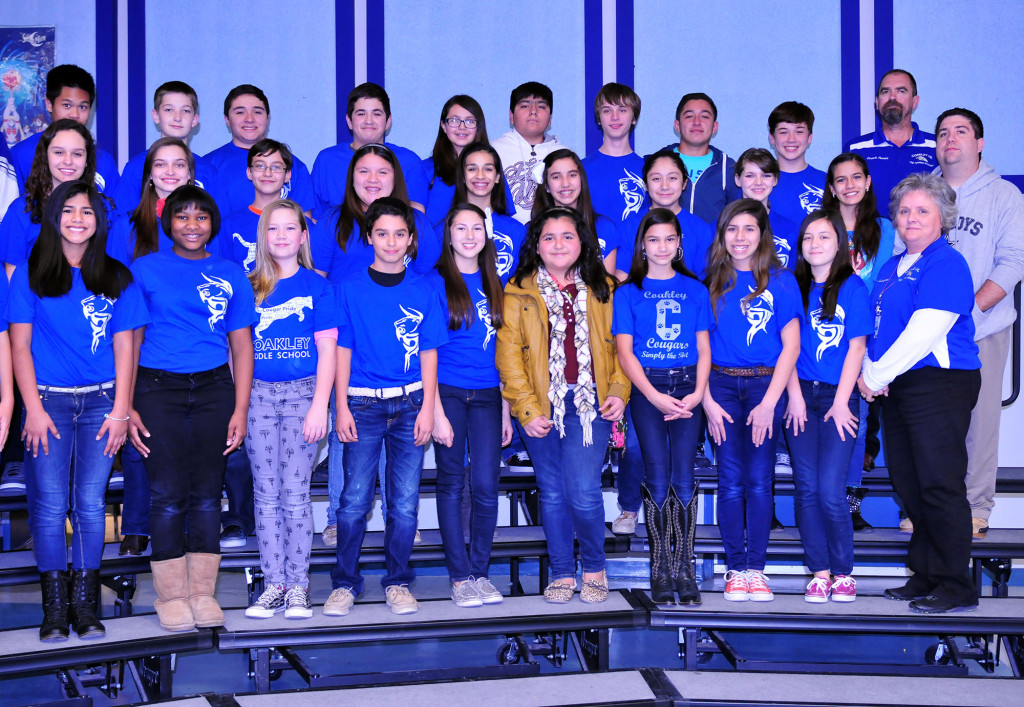 With blue saturating the hallways and cougar artwork proudly displayed on every corner you turn, tradition is something that Coakley Middle School strives to uphold each year. The same goes for the school’s speech, drama and debate program who recently celebrated their 38th consecutive year as University Interscholastic League (UIL) District Champion.

Earning the title after an outstanding performance at the UIL District Meet in January, the team took the top spot with a total of 921 points. Competing with 11 teams from Harlingen, San Benito and Los Fresnos, they finished the day with 19 first place, 23-second place and 14 third place awards.

“It’s very exciting to have the ability to be named District Champions for the 38th year in a row,” said John Duncan, seventh grade student at Coakley. “The entire team is happy, and then we come back to school and everyone is excited.”

With some students starting to select their performance pieces and practice as early as April of last year the team attributes hard work and many hours of practice to their success, said Duncan. Another big factor was the approach the team takes to help each other succeed by practicing in front of each other and seeking input from their peers.

“We worked a lot together,” said Zoe Deal, eighth grade student at Coakley. “A lot of my friends helped me out and critiqued me. I did the same from them. That’s what everyone does here. We help each other and give suggestion on how to make it better.”

Their desire to work hard and collaborate with each other has helped students keep up the tradition the past Coakley teams have set, said Deal. It’s a yearly achievement that brings pride to the students because they know they are helping make not only campus but also school district history.

“It’s great to come from the Coakley team, because we not only get to represent our campus but the other schools in Harlingen,” said Duncan. “I’m proud to be a Coakley Cougar and each year we win brings more pressure to keep that tradition alive.

Deal shares that same sentiment as she prepares to complete her final year at the campus and embark on her freshman year of high school. Before the year is over she hopes to share that family mentality with the sixth and seventh grade students.

“It’s important to be a good leader and help everyone,” said Deal. “We are a big family and that’s how we get better. It’s why we’ve been able to do so good. We work together to help and without everyone we wouldn’t be winning the district title.”

The next competition for students will be on Feb. 22 at Irene Garcia Middle School in Mission. For most students it will be the final competition of the year. With the team preparing to end another season, they have no intent on taking a break. They are already looking forward to practicing for next year.

“We strive for excellence and set expectations,” said Linda Lunsford, Coakley UIL sponsor. “Our motto is high expectations, no excuses. We set high goals and work to achieve them. Next year will be no different.”