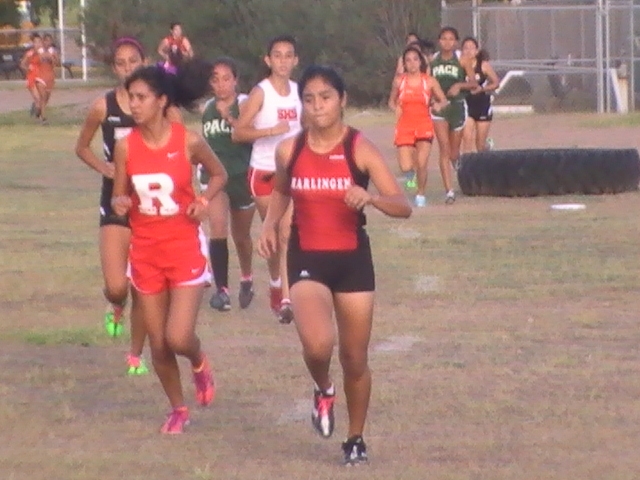 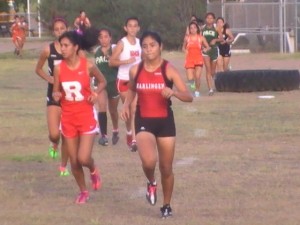 The competition season for both women’s cross country teams is in full swing and in preparation the teams have been practicing since late July.

“The girls that run are dedicated,” said Sylvia Canales, the women’s cross-country coach at Harlingen High School. “It’s tough getting up that early and being excited to train, which is what the girls continually do ever day.”

“It takes a lot of determination for these girls to prepare for competition,” Bennett said. “They commit themselves and they work on Speed work, long runs, weight training, fartleks and tempo runs to get ready for meets.”

This year the cross-country teams have had to prepare for more than just the regular season, they have had to adjust to the new University Interscholastic League (UIL) cross-country regulations that were implemented at the start of the school year.

“This year will be a little different for us when competing,” Canales said. “UIL decided to increase the race distance from two miles to three miles so we’ve been making adjustments to our training regiment to adapt to these changes.”

The increase in race mileage hasn’t fazed the teams. Both coaches have reported the rule change having a positive effect on their runners’ mentality for the season, they said.

“I like the idea that they increased the mileage and I think that raises their expectations,” Canales said. “I see something new in them, they were previously intimidated by the miles and now it’s no longer an issue. They are starting to see things a lot differently.”

Regardless of the regulation change, both coaches believe their teams are prepared for competition, and are in consensus on their ultimate goal for the season.

“We would love to qualify for the regional meet,” Canales said. “We have a very young team this year, and they have stepped it. I’m very impressed with their desire to compete, and their positive attitude.”

Both Canales and Bennett shared a similar mindset on their expectations for competition this season.

“I expect my girls to perform better than they ever have,” Bennett said. “Last year we had one girl, Ashley Araiza, qualify for the regional meet, and I think if we continue to practice hard, the regional cross-country meet is something we can definitely set our sights on as a team.”