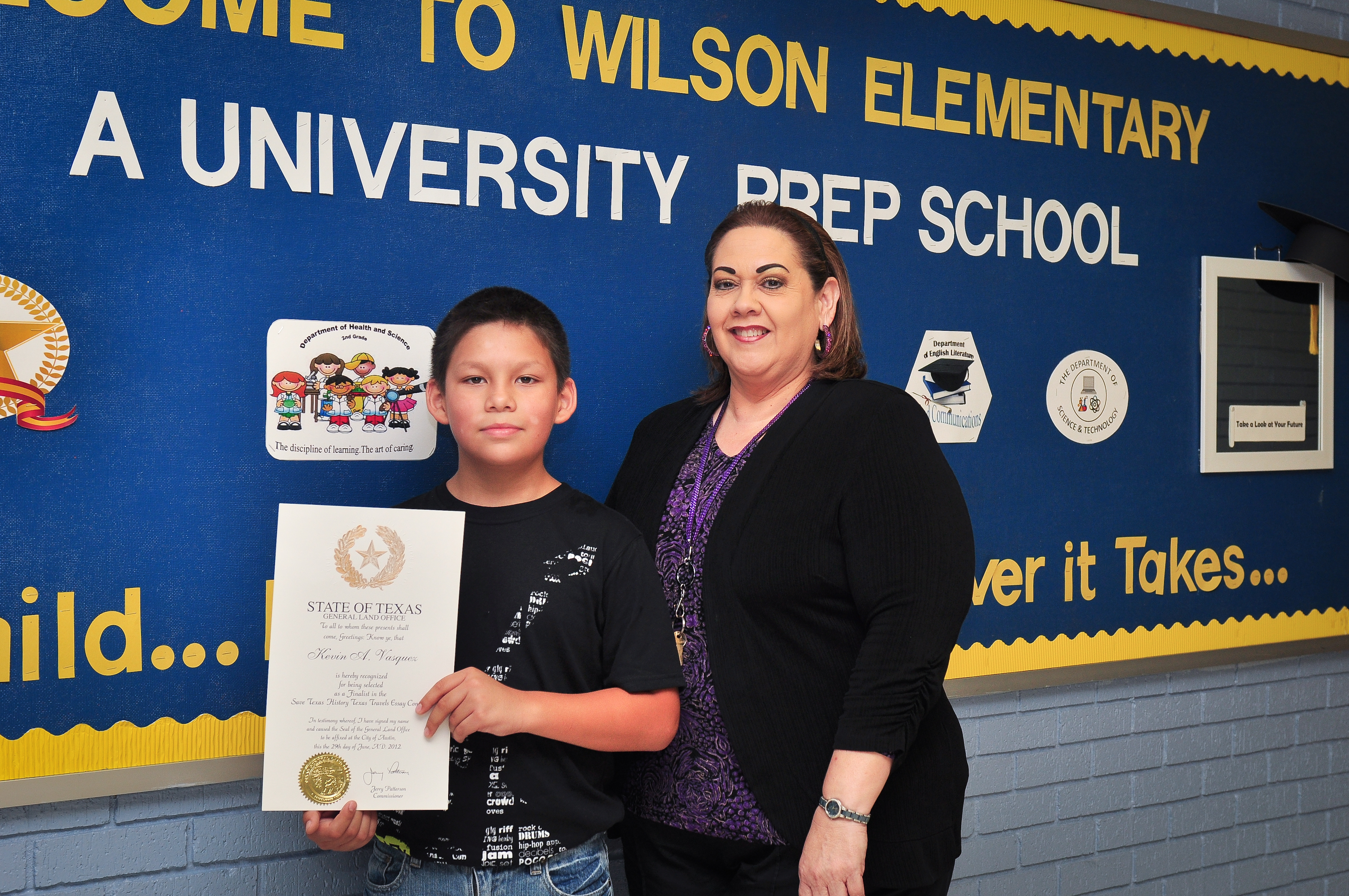 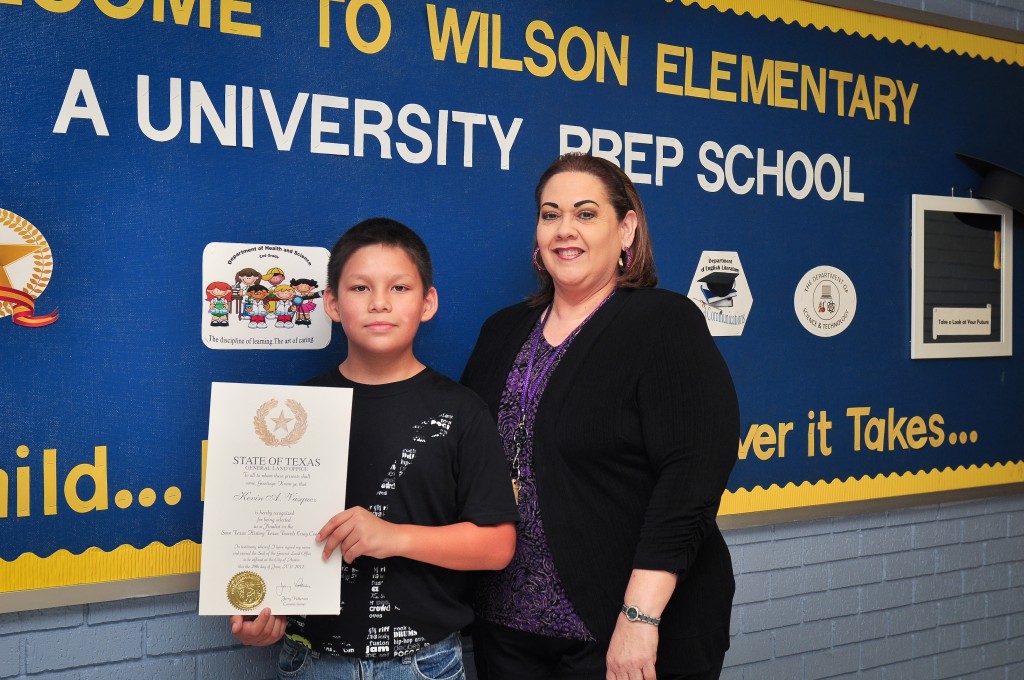 While most kids are watching television and playing video games, Kevin Vasquez is writing award-winning essays.
Vasquez, a fifth grade student at Wilson Elementary School, was honored with a special recognition in the Save Texas History Essay contest sponsored by The Texas General Land Office Save Texas History Program.
Out of a total of 1,400 participants, his essay was selected as one of the top 11 essays.
“It’s so exciting to be selected because I know a lot of other students wrote essays too,” Vasquez said. “My parents were excited too and my mom even sent a text to my teacher to share the good news.”
Participants were required to write about what it was like for early explorers in Texas. Vasquez was delighted to write about the subject and a society so different from ours, he said.
“I wrote about the Texas Pioneers and how they lived, what they ate and what they did for warmth,” Vasquez said. “It was fun to write because it gave me a sense of how things were before television and iPads, and how hard life was for them.”
Yvonne Rodriguez, fourth grade teacher at Wilson Elementary, encouraged Vasquez to enter the competition, and his parents helped him though every step of the competitive process, he said.
“Kevin is a creative and eager student,” Rodriguez said. “He was able to take this research and create a world of Texas explorers, and to absorb all of the information he researched. He’s a fantastic student, and I have great hopes for his writing in the future.”
Vasquez spent countless hours at the Harlingen Public Library finding research to make his essay as historically accurate as possible, which he didn’t mind because he ultimately sees it as preparation for what lies ahead, he said.
“The research I do gives me knowledge for anything I may do in school, and prepares me for anything I write in the future, which is what I want to do when I get older,” Vasquez said.
The Save Texas History Program promotes the study of Texas history to Texas schoolchildren. The essay contest is currently open to fourth and seventh grade students.