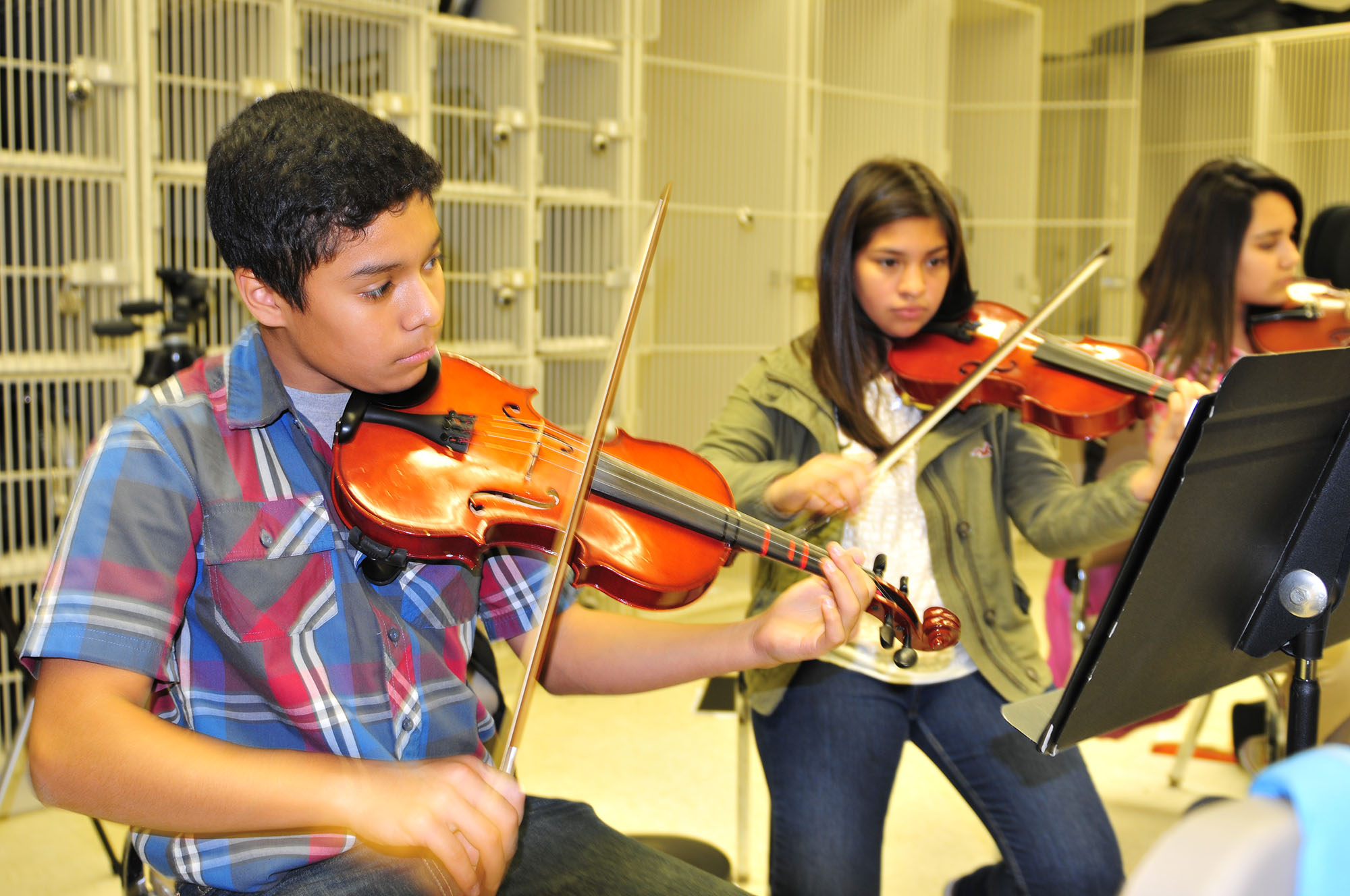 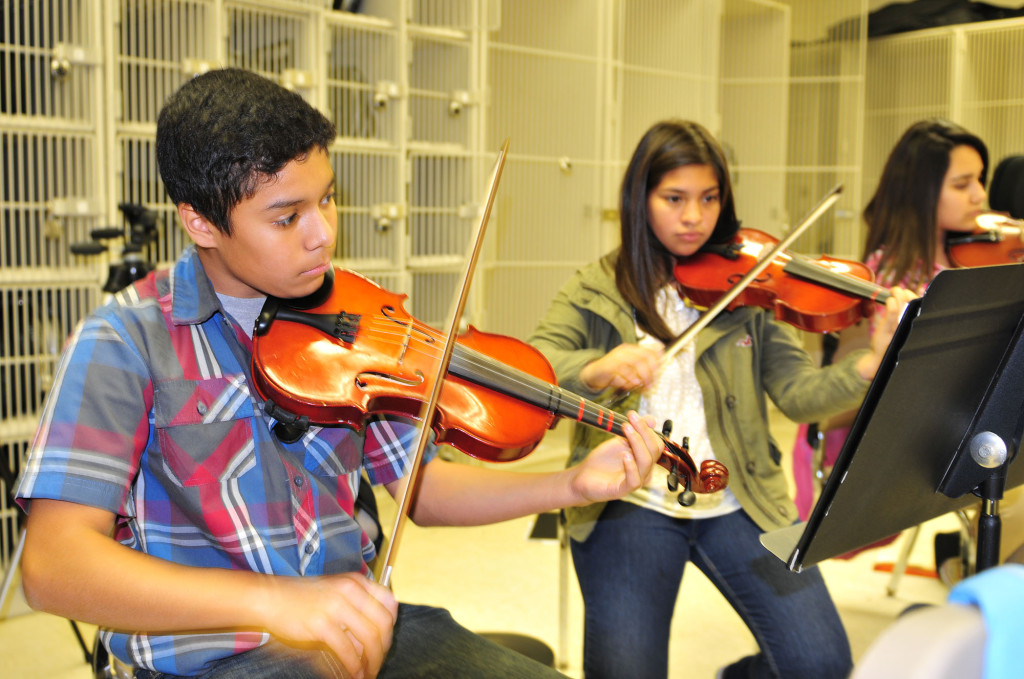 While walking down the band hall at Vernon Middle School the sound of beautiful music may fill your ears as the Orchestra students are hard at work developing their musical talents.

Hitting all of the right notes, the Vernon Orchestra has had an outstanding year. Earning multiple recognitions and setting campus records, the program has seen growth throughout these past few years while students continually practice to master anything from classical to contemporary music.

“The music we create is beautiful, and it’s great to be a part of that,” said Isaiah Valdez, seventh grade student at Vernon and cello player. “When I first came into Orchestra I was very shy because I didn’t really know anybody. Being in a group you get to bond with other cello players and you help each other. I have really enjoyed meeting new people.”

This past fall marked the most students that the campus has had qualify for the Region 28 Middle School All Region Orchestra. A total of 12 students earned chairs on the prestigious ensemble. To earn spot, students had to go through an intense audition process. Many of the auditioning students had been practicing the assigned audition music since the start of the school year.

“It felt really good to be selected,” said Krystal Adan, eighth grade student and second chair violinist on the All Region Orchestra. “I practiced really hard and polish the areas I made mistakes on.”

As a result of their placement, students played alongside members from across the Rio Grande Valley during the Middle School Region 28 Orchestra in on Nov. 23 at the Harlingen Consolidated Independent School District’s Performing Arts Center.

With the responsibility that came with practicing for the region orchestra and upcoming performances, the students have been able to develop skills to help them succeed outside of orchestra as well. Valdez credits the class with helping him develop the responsibility it takes to get homework done on a daily basis, he said.

“I have gained more responsibility by making sure I take care of my cello,” said Valdez.  “I also learn responsibility when I practice. I know to get better I have to practice and I make sure I do daily. It’s’ the same thing with homework.”

It’s not only the students that have noticed a difference, but their instructors as well. Karen Geigle, Assistant Orchestra Director at Vernon and Memorial, agrees that she has seen it have a positive impact on students’ grades.

“Music has a positive effect whether it’s orchestra, band or choir,” said Geigle.