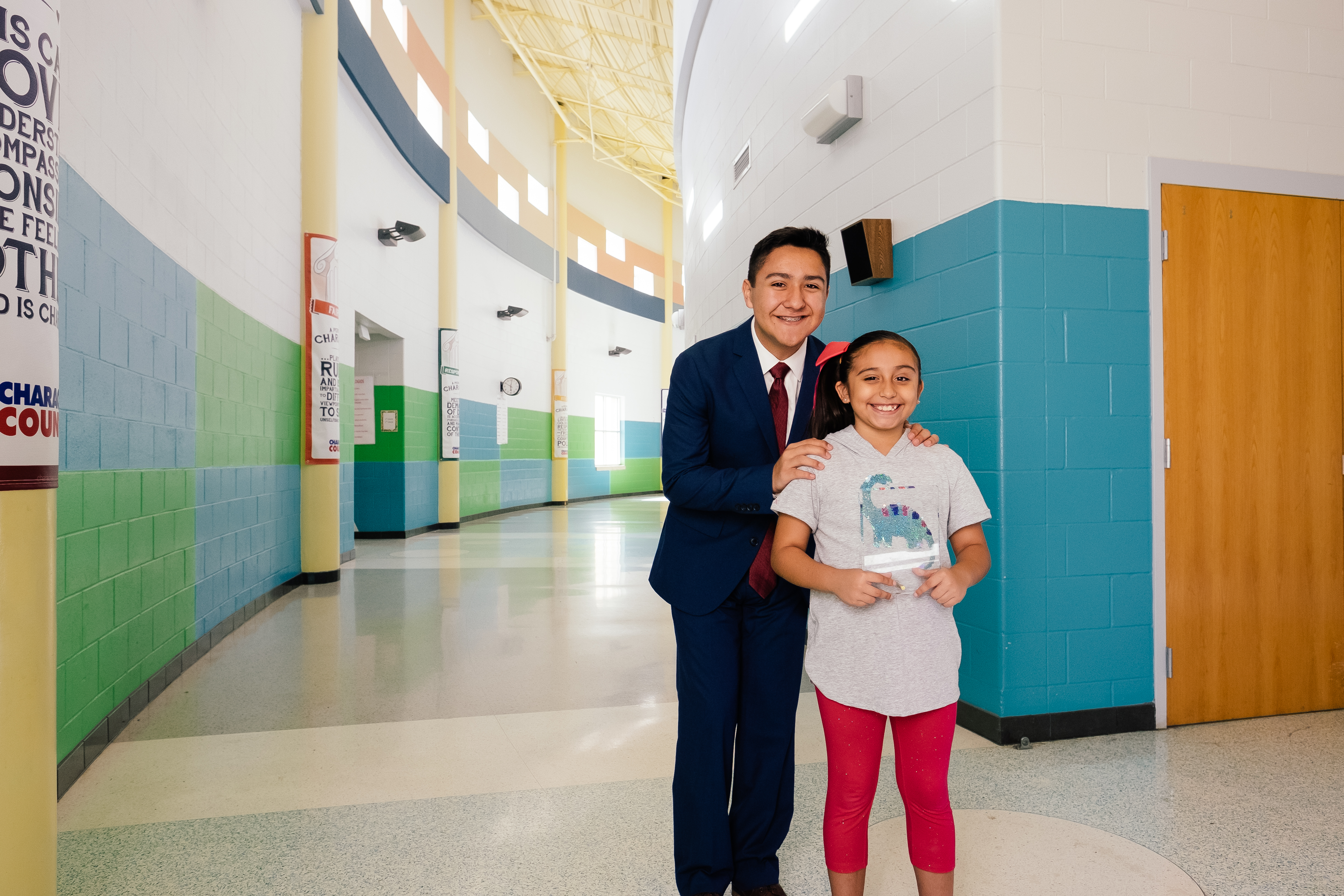 Though she may small, what Romina Martinez lacks in stature, she more than makes up for in natural ability.

On Oct. 22, she proved she has a knack for prose. The third-grader from Lee Means Elementary Fine Arts Academy was named finalist and took first place in the Novice Prose category at Harlingen High School South’s Speech Drama Debate Sombrero Classic Tournament.

Romina surpassed 114 middle-school and high-school competitors in the category with her rendition of a dramatic piece entitled “Missing Natalie” by Nicole Blackman.

“I felt really surprised when I heard my name called out for first because I thought I was going to be in seventh or eighth place,” said Romina. “This was my first competition, so I’m happy that I got this opportunity.”

To help Romina prepare for her performance Joseph Decilos, her coach, had her draw on her relationship with her sister.

“She has an older sister, and they do everything together,” said Decilos. “That’s how the piece starts talking about the character’s bond with her sister before her sister was abducted. I had her think like the character and to think as if this happened to her”

Romina applied the acting techniques she learned during practice and was able to make herself cry on cue during her dramatic portrayal. Stealing the show, she became the youngest champion to be crowned at the Classic tournament.

“Romina made history beating out all middle-school and high-school students at what was the largest event at the tournament,” said Sally Navarro, Fine Arts Facilitator for Lee Means. “We are so proud of all of our students and continue to grow our program here at Lee Means Fine Arts Academy.”

Also making waves at the tournament was Juliana Garcia, a fifth-grade student from Lee Means, who broke to semi-finals in Novice Poetry making her top 25 out of 90 students. Romina and Juliana were two of nine competitors to represent the Fine Arts Academy at the tournament.