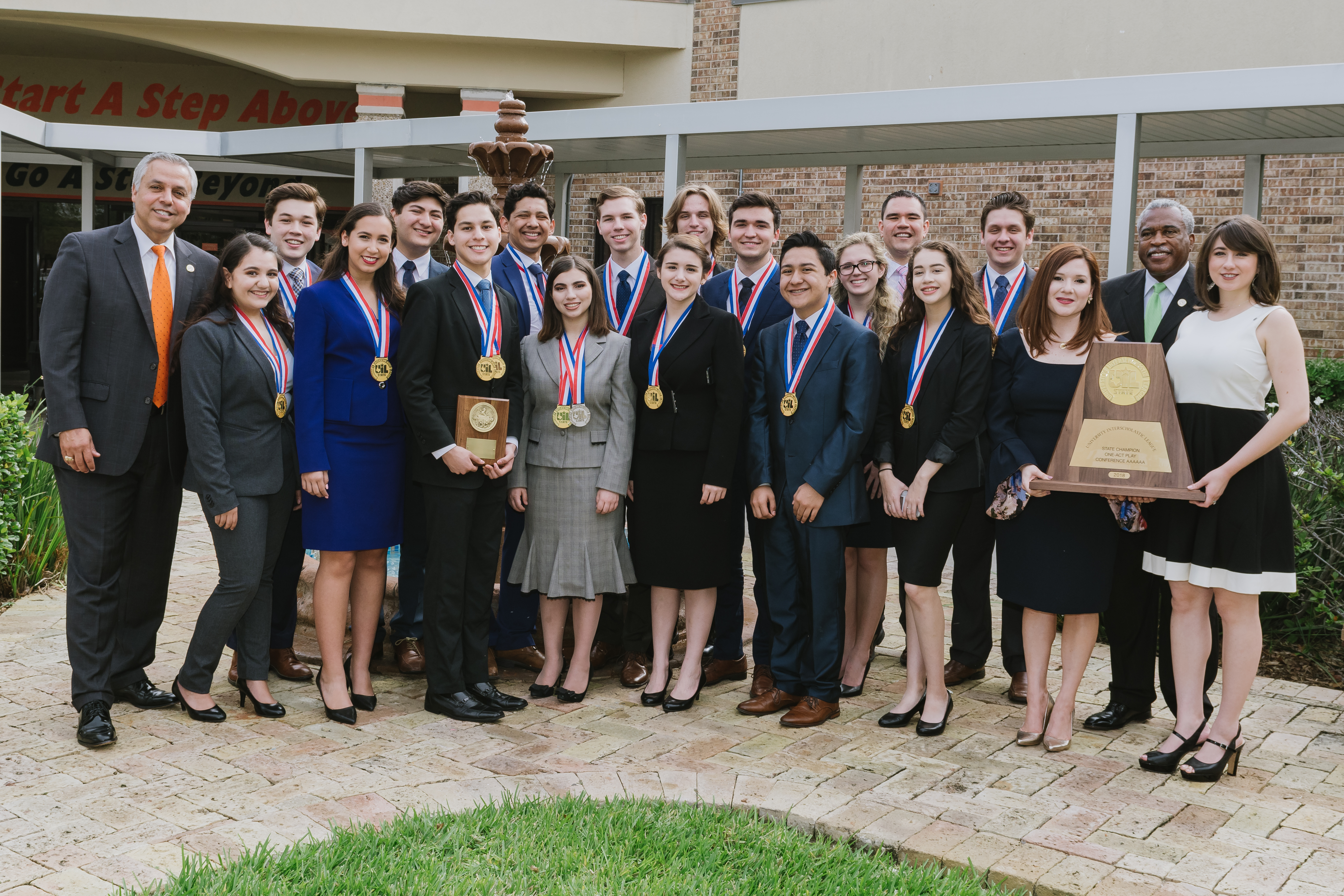 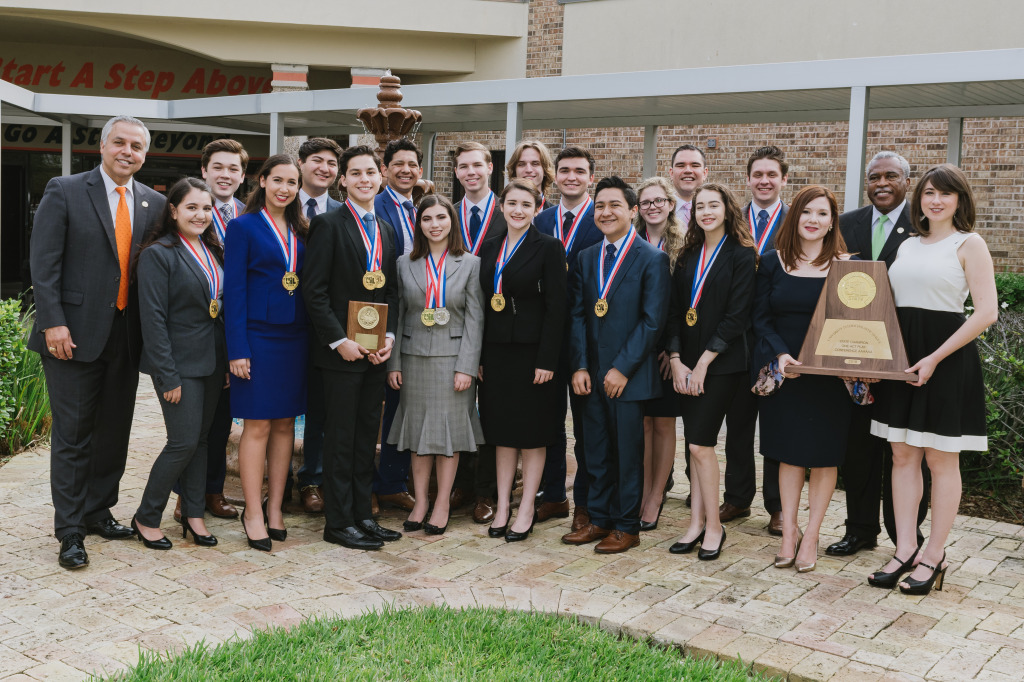 The team arrived to great fanfare on Monday, April 30 as students, teachers, staff, administrators, and Harlingen CISD board members gathered at the South campus to celebrate in the team’s accomplishment.

“The first time I went to see the team perform ‘Sideman’ it was incredible. It was very emotional and moving. I remember telling the coaches that they had something going there, and they perfected it. I will tell you that there are moments in time that create a movement. This is one such moment in HCISD,” said Superintendent Dr. Art Cavazos. “This team broke a glass ceiling and was able to bring home a state championship. What is really phenomenal and telling of the caliber of the Speech Drama and Debate program is that both of the team’s directors are Harlingen South alumni and went through the program themselves.”

“We are incredibly humbled and honored,” said Conley. “We’ve always known we have the talent, but our biggest goal was to give justice to this show and to these kids. We told them from the beginning, if anyone deserves to be there, it’s this group. We have a lot of seniors that wanted it so bad. It was an incredible collaborative effort.”

Harlingen South was one of eight schools competing in the UIL 6A Conference held at Round Rock, Texas on Wednesday, April 25. At about 1:30 am the next day, the results of the contest were unveiled to a packed auditorium.

“We had been up since 5:00 am that morning,” said Natalie Perez. “Our tech rehearsal and load-in were at separate times, so we got to nap in between. We were all up for almost 20 hours that day.”

To achieve this level of accomplishment is not only a huge honor for the group but has “brought things full circle” for the team’s directors.

“I did One-Act Play with Mrs. Ince [Instructional Coach for Speech/Drama/Debate] when I was in high school. While we never made it this far, we always knew the ultimate goal was State. State has always been this grandiose goal, and this year, we got it,” said Wise. “Even now, I also have to pay tribute to Mrs. Ince; she gave us the tools and the knowledge to equip us to get these students to where they’re at.”

“This is a proud moment, to have two of your former students experience something that some directors of 30 or 40 years never get to experience in their career,” said Lee Ann Ince. “Knowing they were products of Harlingen South, it doesn’t get any better than that. It was a very emotional moment because I’ve spent so much time with them and now, I’m working with them as my colleagues. I’ve watched them grow and accomplish the first team state championship for HCISD. They’re a very dedicated, hardworking group. They know the bar is set high and they surpassed it.”

One-Act Play is the only competition of its type in the nation. It offers a unique challenge as teams must condense longer plays to fit the 40-minute limit all while ensuring the story is coherent and character arcs are achieved. This is the 92nd year UIL has hosted a One-Act Play State Meet.

Click here to view photos of the State Champions’ return.