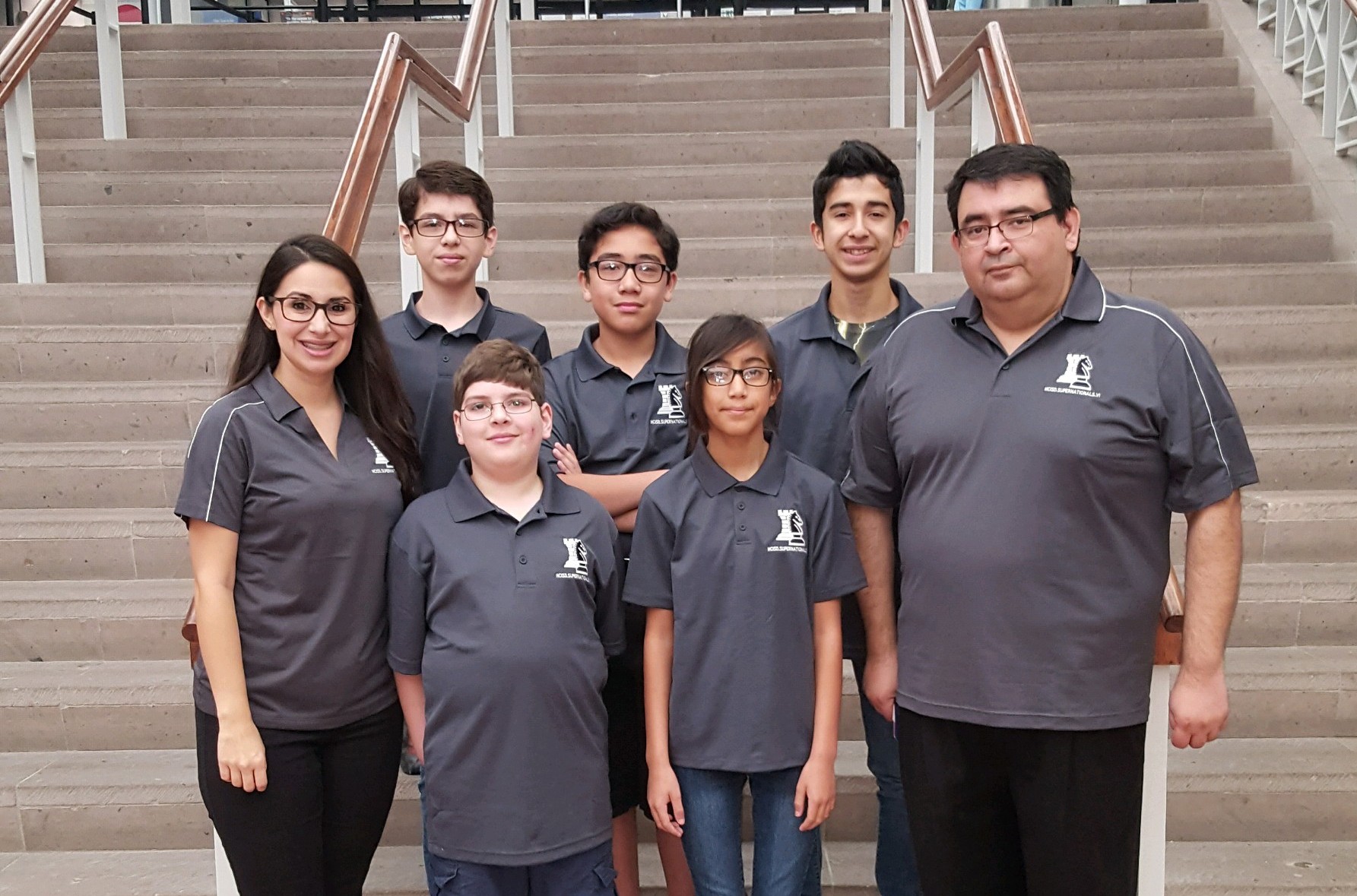 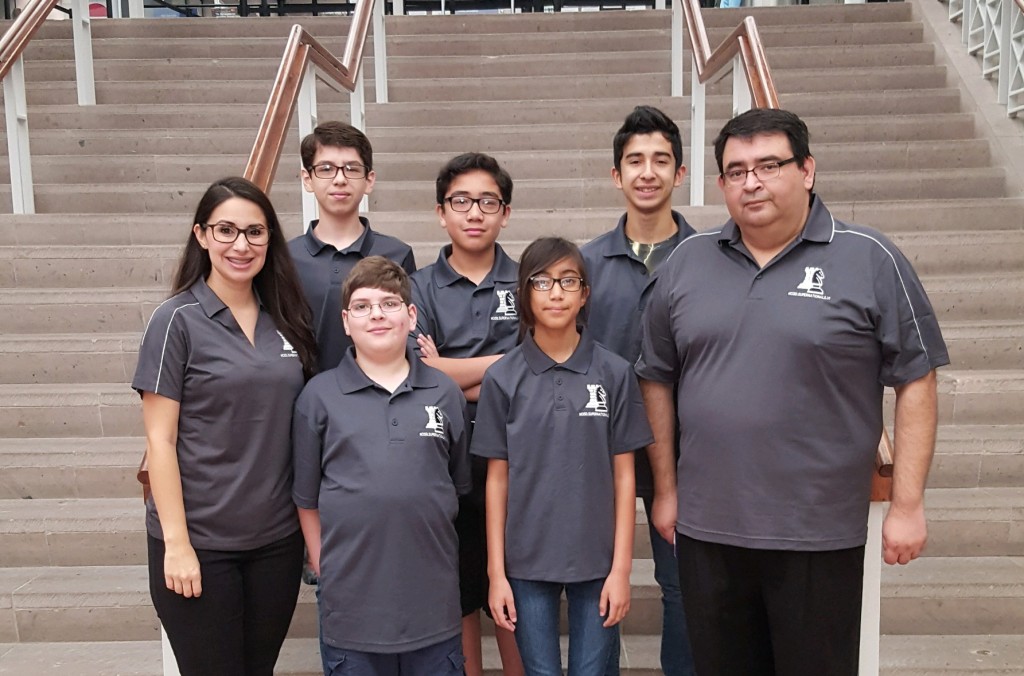 Wilson Elementary, Sam Houston Elementary, Coakley Middle School, and Early College High School departed from Valley International Airport this morning to represent HCISD at SuperNationals. The contest will be held May 12-14 at the Gaylord Opryland Resort and Convention Center.

Every four years over 5,000 chess players come together all in one place, and this year William McNutt, Eric Soto and Aaralyn R. Medina from the sixth grade and Carlos de Leon and Jacob C. Fox from the seventh grade will be competing. Coakley competitors will be participating in matches every day with two rounds on Friday, three rounds on Saturday and two rounds on Sunday.

For team member Medina, this will be her first time attending a national contest. She learned how to play this year and has been playing against her brother proving that Chess is a family game.

McNutt began playing in the first grade and is ranked third in the Rio Grande Valley according to supernational.chessstream.com with a 1914 rating in Scholastic Chess. The ratings change quickly as the players compete. The more competitions the chess player participates in sets the ratings.

Though he has been involved in competitions for five years, chess is not all he is planning for, McNutt’s ultimate goal is to become a pharmacist and chess is playing a role in getting him there. “Chess keeps me focused on my assignments,” says McNutt.

“I’ve learned about time management in chess, and it helps me stay on task,” says Fox who has had quite an impressive run in chess – he has competed three or four times and became the original powerhouse at Sam Houston Elementary.

Special Olympics/Chess Coordinator Fred Cavazos said, “We are extremely proud of all our students. The commitment and dedication our students have shown is remarkable. The main factor why the students have been successful is because the continuous collaboration and support we receive from the campus administration and more so the parents.”

Cavazos further added that HCISD students have competed in many local chess tournaments, including the regional and state tournament which had participants totaling more than 1500. At these tournaments, Coakley is ranked in the top 5.