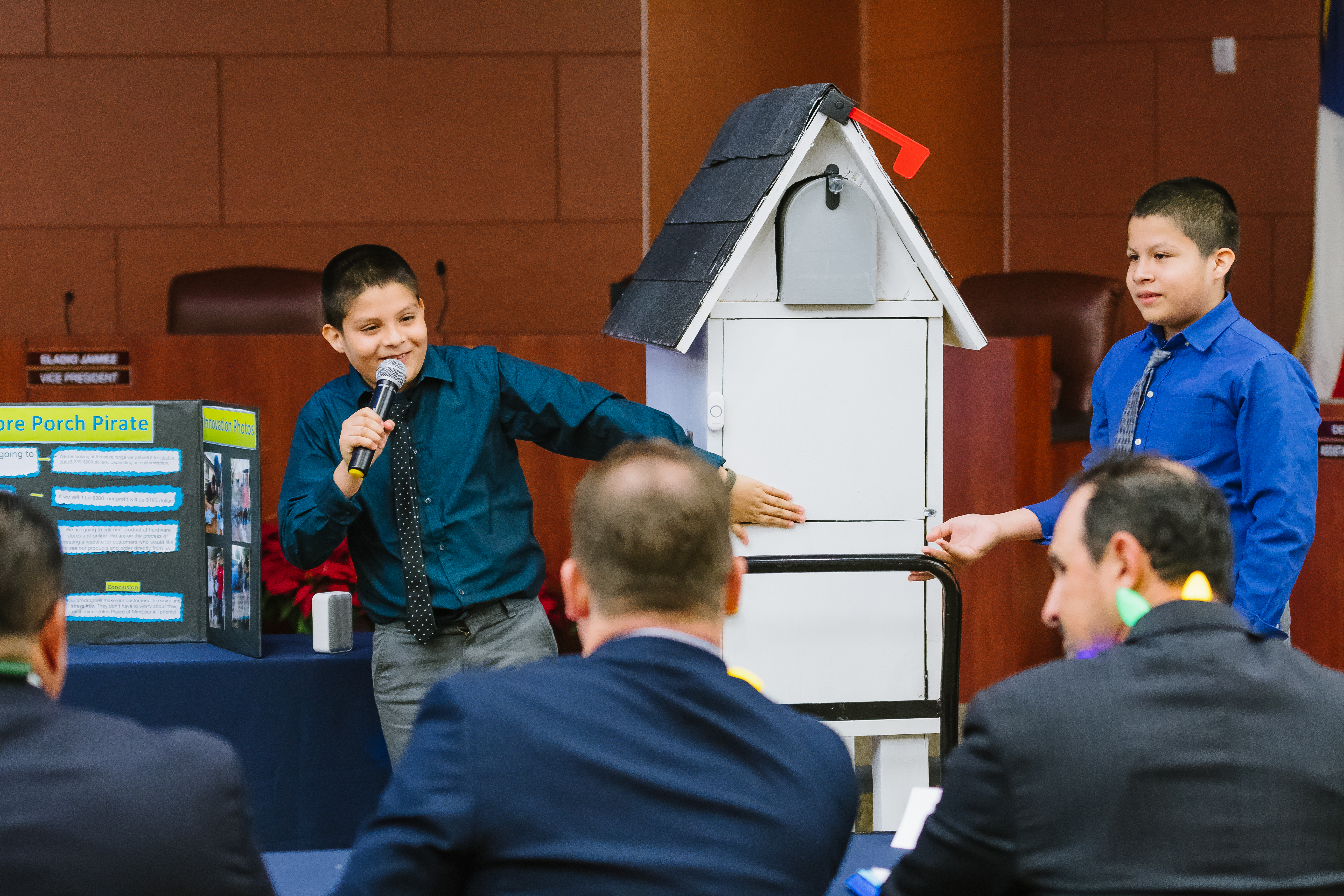 Elementary school students across the district presented their inventions to a panel of local leaders and business executives in the Harlingen CISD Boardroom this week.

From a digital inclusive machine intended to encourage recycling to socks meant to stick together in the washer and dryer, 5th grade students presented their projects as part of the district’s annual Little Innovators program.

The program mimics the format of the award-winning reality TV show Shark Tank that has “reinvigorate entrepreneurship in America” by giving people from “all walks of life the chance to chase the American dream and potential secure business deals that could make them millionaires,” according to ABC.com.

Similarly, the students present their projects to a panel of judges, which included community partners such as Chick-Fil-A, SpawGlass, and the city of Harlingen.

The winners of the little innovators competition were announced following the presentations in the boardroom. 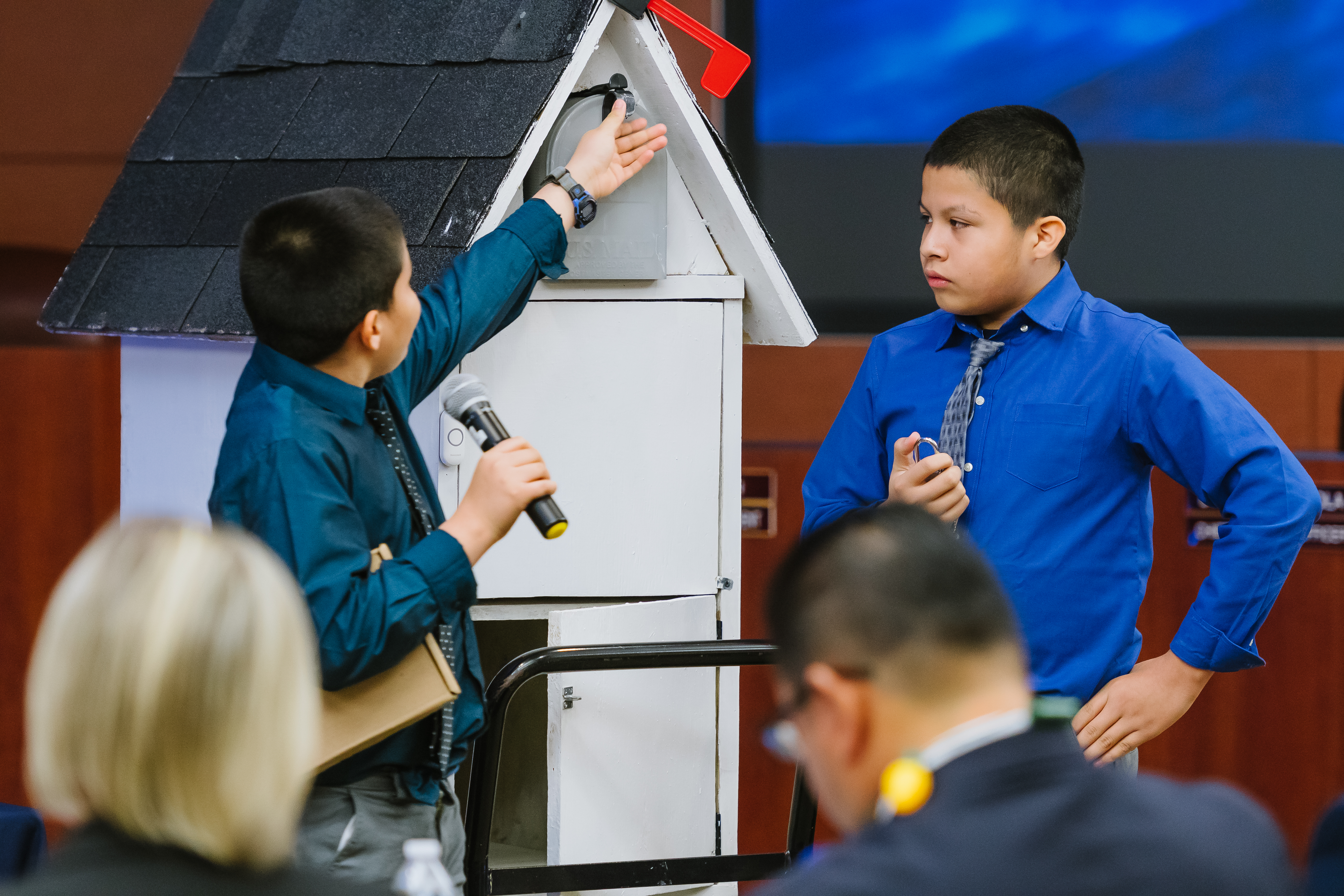 Rodrigo and Angel, twin brothers, thought of their invention after their father had an important and expensive package stolen from their mailbox.

The “No More Porch Pirate” features a mailbox with a secure compartment for packages. Their design allows U.S. Postal Service workers place packages in a locked compartment located below the traditional mailbox.

“Our target audience are homeowners because sometimes they leave their homes without checking their porch for their packages,” the twin brothers told the judges during their presentation. “Adults work and go out, so they can’t always be home waiting for mail, and that’s when thieves strike.”

The twins used wood, nails, paint and roof shingles to construct the No More Porch Pirate.

With the help of their father, who helped cut the pieces of wood, and their mother, who helped the twins communicate their idea, the boys completed the project in about a week.

“When we first brought in our project, everyone was shocked, even the teachers,” Rodrigo said after winning first place. “I thought maybe we were going to come in second or third because everyone’s projects were really good.”

Angel agrees with his brother.

“This day will never be forgotten,” Angel said. “I want to say to all the other students, those who got 2nd, 3rd, and 4th place, I am proud of them. They had really good projects.”

In the reality TV show Shark Tank, the panelists sponsor inventions typically by providing them with funding in exchange for a stake in the inventor’s company.

The Little Innovators at HCISD also receive money in the form of a scholarship.

The $2,500 will be placed in a bank account for the Saenz brothers to use toward their college education.

“Getting that will help us go to a good college,” Rodrigo said. “It’s a scholarship … I was shocked, to be honest.”

The Little Innovators project marked the first time the Saenz brothers competed in an event.

They now plan on competing in similar events in the future.

“They’re amazing boys. Our entire campus is super proud of this huge accomplishment,” said Ben Milam Dual Language Academy Principal Brenda McKinney. “Their 1st place win shows that when you put your mind to it, anything can be accomplished.” 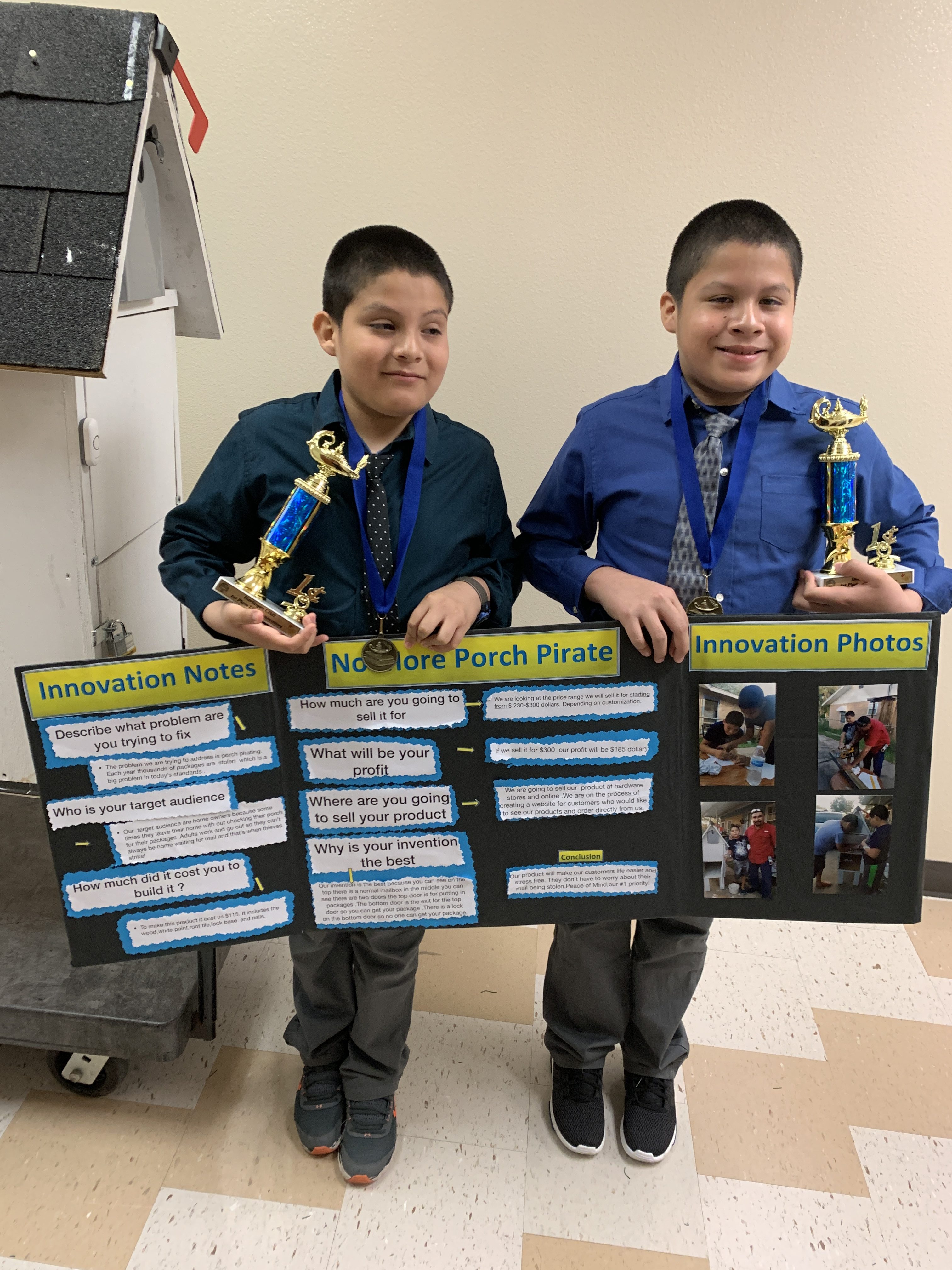 Institute for Neuroscience coming to Harlingen and being built adjacent to our future UTRGV/ECHS ⁦@HarlingenCISD⁩ Super Proud!!!! #ExperienceHCISD

HCISD educator to be recognized for work in multilingual education