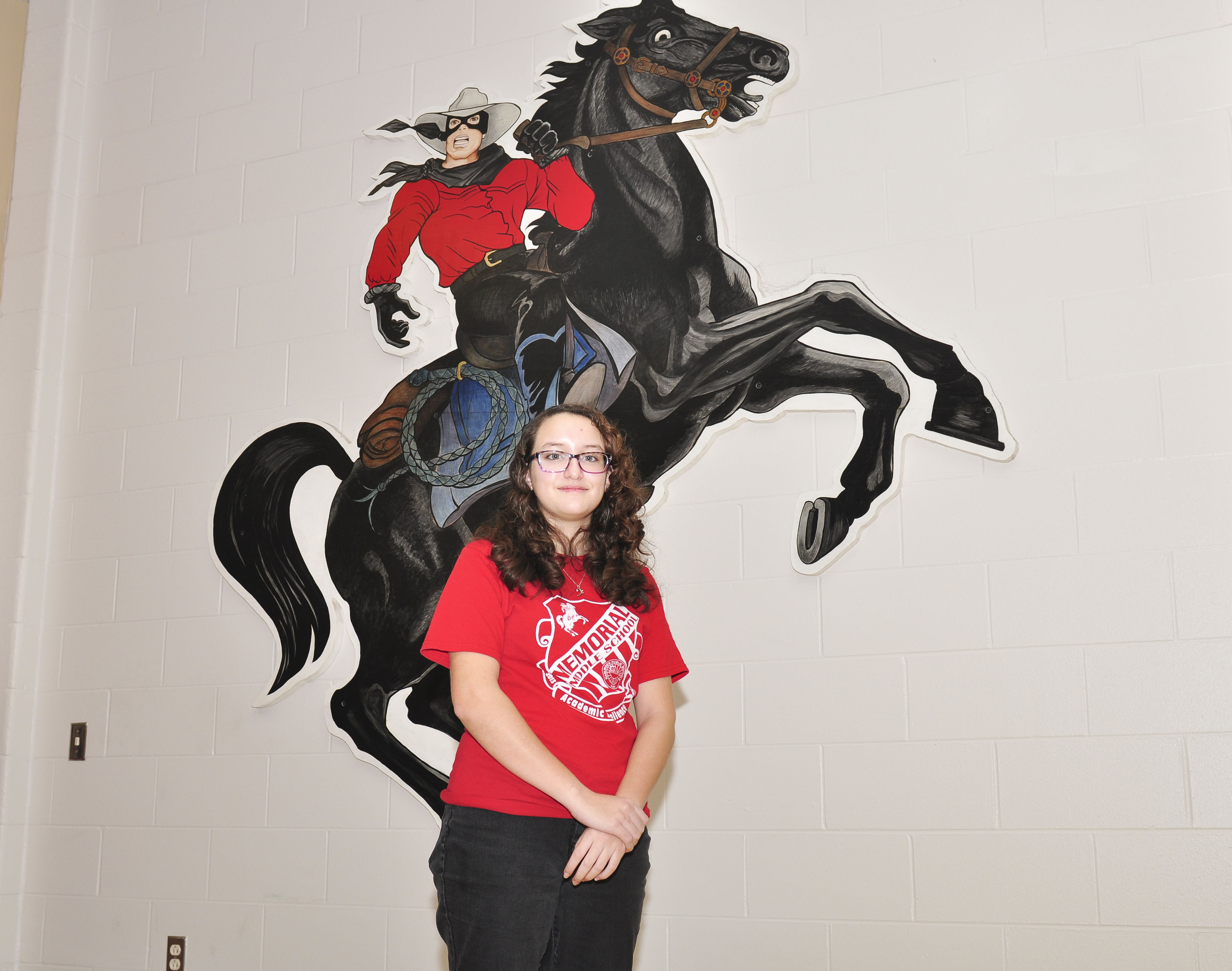 When eighth grade student Bianca Lopez joined the Memorial Middle School Choir, she knew it would become a central part of her life.

In her first year at Memorial she nearly saw her musical aspirations slip away when she faced the choice of enrolling in preparatory school and continuing her education at Memorial. Yet, because of an unexpected call from her choir director Rebecca Albritton, she was allowed to continue her education at the campus.

“When I was in sixth grade my mom was planning to put me in prep school for a magnet school,” said Lopez. “I didn’t want to go, but I finally came to accept it and let Mrs. Albritton know. She called my mom and said, ‘Your daughter has done excellent in choir, and I would love to have her for another two years. I think she has potential for All-State.’ That’s what changed the whole thing.”

Recognizing the value of a well-rounded education, Lopez is thankful to have the best of both worlds in academics and music at Memorial. She has since, gone on to sing and play guitar for the MMS Jazz Band, won a solo award with the jazz band and is now playing tenor saxophone with the concert band.

In February, with the MMS Jazz Band, she became part of an elite group of musicians to have had the opportunity to perform at the Texas Music Educators Association Conference. This year, her choir had a breakout season by earning straight ones across the board; each choir at Memorial brought home Sweepstakes Awards.

The ‘epitome’ of a Memorial Middle School product, she thrives academically maintaining all As in her classes, participating in UIL, is in the Top 12 of her class, is on the Principal’s List, and is a member of the National Junior Honor Society.

Lopez is always willing to share her knowledge with others and actively volunteers in the sixth grade Read 360 Program at Memorial, the Paws to Read program, and other children’s programs at the Harlingen Public Library.

“I volunteer, not because I don’t have anything better to do,” said Lopez. “I enjoy doing it and it’s fun for me. That means that I’m not just going to be loitering around the computer all day. I have something that I’m doing that’s actually helping people.”

With her sights set on the future, she is already hard at work earning high school credit as she enters her third year of the TexPrep program at the Texas State Technical College this summer.

3 thoughts on “Student of the Week: The best of both worlds in arts and academics”