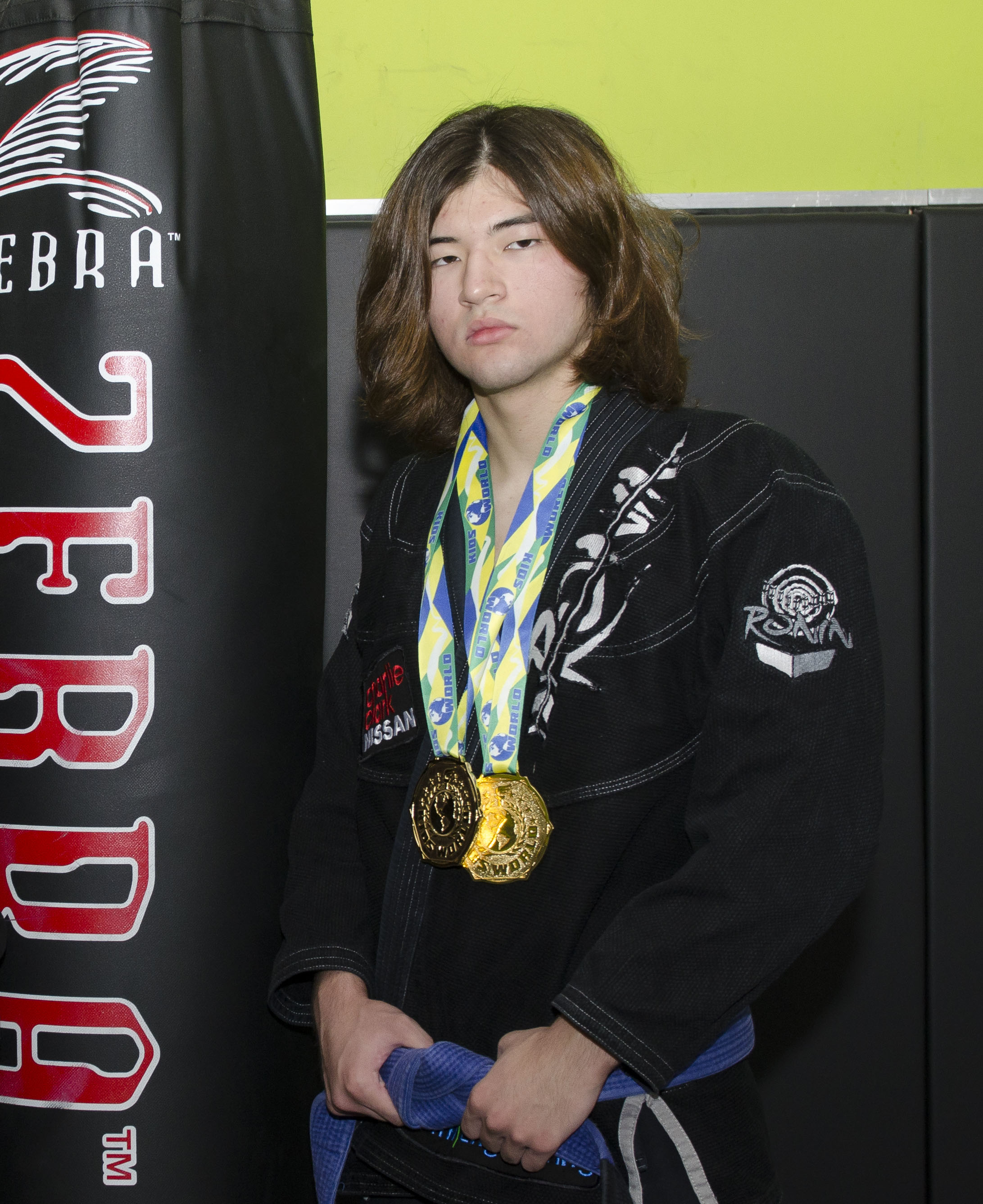 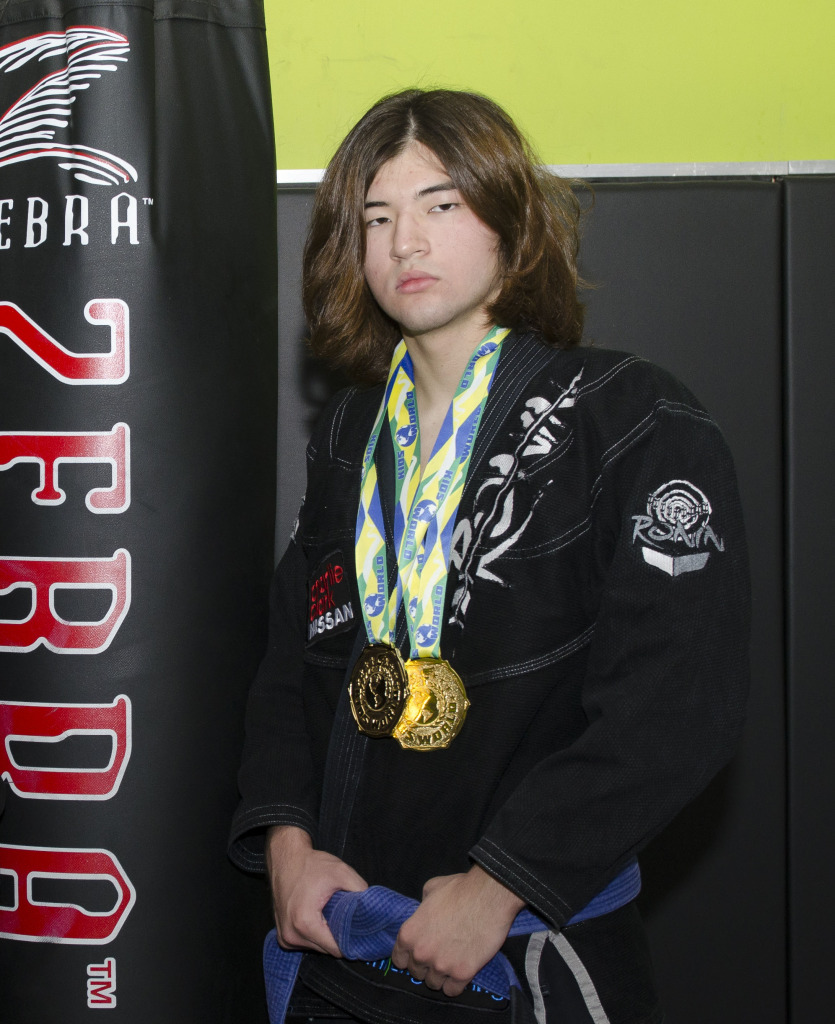 On the cusp of entering his sophomore year at the Harlingen School of Health Professions, Dillan Tatum is well on his way to becoming the world-class Jiu-Jitsu champion he aspires to be.

He captured gold medals in both the Gi and No-Gi competitions of the 16-17-year-old Middleweight Division at the Kids World Brazilian Jiu-Jitsu Championship in Ontario, California on July 25.

This, his first out-of-state competition, is the latest in his mounting collection of medals and trophies; now he hopes to go even further.

“My ultimate goal is to eventually climb the ranks,” Tatum said. “I want to get a black belt and be able to compete at World at that level and hopefully win.”

At the world championship, Tatum won all of his four matches by submission – what he refers to as the “ultimate victory.”

Because Jiu-Jitsu works on the concept that a smaller, weaker person can have the leverage to effectively defend against a bigger, stronger opponent, Tatum will often train with the adult class. This helps him prepare for competitions in which he’ll challenge older and more experienced fighters.

“I spar with members of the adult class in order to prepare for situations in which I have an adult opponent, so I’m not overwhelmed by our physical differences,” he said.

He describes competition as being not only a physical battle but a mental one as well. This time, however, he had to prepare himself for the added pressure of a world stage, but he continues to remind himself that ultimately he is testing his own ability and how far he can go.

“A lot of competition is a mental battle. When you go on a world stage like that, it’s a different sort of pressure than when you compete locally or in the state,” he said. “My motivation is to test my own skill against other people, to make my father proud, and also to represent my gym in order to bring a good name to us.”

Just five years ago, Tatum, who has won more matches by submission than he can count, couldn’t anticipate this level of physical achievement for himself. In adolescence, he found himself overweight and intimidated by other kids.

“In the fifth grade his activity level was extremely low. He was about two feet shorter than he is now and weighed approximately 170 pounds,” said his father, Dan Tatum. “For this tournament he weighed in at 153 pounds. So five years later, he weighs less than he did when he was 10 years old. I completely attribute this change to Jiu-Jitsu; it gave him the confidence and ability to defend himself.”

Jiu-Jitsu changed his life when he started training at the Harlingen Jiu-Jitsu Club (HJJC) after an invitation from a friend. There he took in private lessons with Jacob Montalvo, a black belt in Jiu-Jitsu and an International Brazilian Jiu-Jitsu Federation certified trainer. This past May he was awarded his blue belt, which allowed him to compete at the Kids World Championship.

“I’m really proud of this young man. I’ve been training him since he started Jiu-Jitsu. He’s been growing and improving by leaps and bounds,” said Montalvo. “He’s been working really hard and his technique shows. At 15 years old, I think that it’s a big achievement and a big inspiration to a lot of others, not only to the youth but also the adults that maybe aspire to compete. Now they know that it’s something that can be done.”

Tatum hopes that his success will influence others to want to compete as well, so that one day, members of his club can come together to form a team and compete at a world championship.

For more information or to view some of Tatum’s matches, visit www.dillan.net.